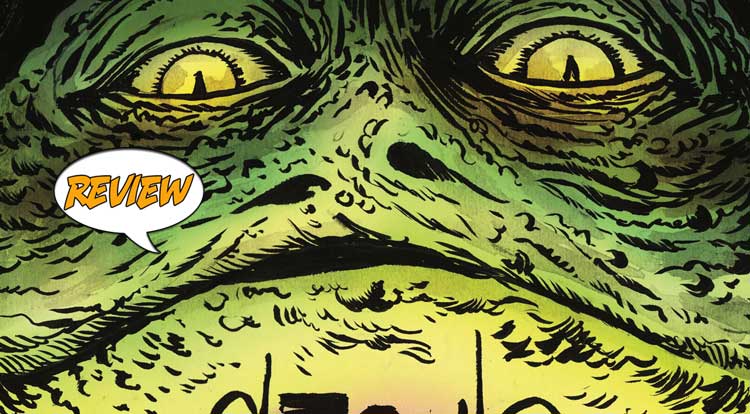 Enter a wretched hive of scum and villainy…  and make sure to tip your waitress!  Your Major Spoilers review of Star Wars Adventures: Return To Vader’s Castle #4 awaits! Previously in Star Wars Adventures: Return To Vader’s Castle: It’s a Halloween tradition!    Explore the hidden corners of the Star Wars Galaxy and features a wretched hive of scum and villainy including Darth Maul, Grand Moff Tarkin, Asajj Ventress, Jabba the Hutt—all under the shadow of Darth Vader!

VAULT OF THE LIVING BRAINS!

Last year, our Dueling Review podcast covered several (though, notoriously NOT all) of the issue of a previous volume, ‘Tales from Vader’s Castle’, wherein the formula for this series was set: A framing story, leading to an opportunity for a character to tell their own story-within-the-story, usually with an eerie Halloween tone. This issue follows that, as Thom Hudd, a rebel and thief fails utterly to escape from weeks of torture in Vader’s Castle, having fallen into the clutches of the Sith Lord at the end of the previous series. To distract Vanee, his would-be torturer, Thom offers up a scary story, a tale featuring Jabba the Hutt welcoming home his cousin Crakka. Having been gone for several decades, Jabba is surprised to see her, but Crakka has brought him a gift, a new creature for his gladiatorial games. When the monster beats his most powerful pet, Jabba allows her to stay, which in turn allows Crakka to seek out her real goal: The hunt for a disembodied brain!

“MY NAME IS THOM HUDD, AND TODAY IS NOT GOING WELL.”

Not only do we get Thom telling the story of Crakka, but during that tale, Crakka tells a story of her own, all leading up to an ending that wouldn’t feel out of place if it was being spun by the Crypt-Keeper or Rod Serling. I really love Nicolette Baldari’s art in Crakka’s story, giving us colorful, expressive Hutts, a wonderful pastel palette and a very different take on Tattoine. The reveal of a cave full of disembodied brains could have been a gross-out, but Baldari makes it exciting and a little bit dreadful instead, and even Crakka’s horrifying fate comes across as more ‘Goosebumps’ than Rob Zombie. That’s important, because this book is clearly aimed for all-ages, and it provides twists and turns for older readers without alienating the young’ns. As for Francavilla’s framing sequences (and his Jabba cover), it is, as always, a thing of beauty and the final page reveal promises that maybe Thom’s fate isn’t as cut-and-dried as it seems.

As with the previous series involving Darth’s secret fortress, Star Wars Adventures: Return To Vader’s Castle #4 is a fun exercise in traditional ghost-stories around a metaphorical campfire, with the added bonus of the Star Wars universe to spice things up, with excellent art all around earning 4.5 out of 5 stars overall. And unlike last year, I’m going to make sure and pick up the final issue to know how it all ends!

Smart, funny, beautiful and surprising. You can't hope for a better comic featuring Jabba the Hutt.