[Preview] We Served The People: My Mother’s Stories

BOOM! Studios has released this first look at We Served The People: My Mother’s Stories from Eisner-nominated cartoonist Emei Burell. The original graphic novel tells the story of her mother growing up in Communist China in the 1960s.

In China, an entire generation’s most formative years took place in remote rural areas when city kids were sent to the countryside to become rusticated youth and partake in Mao’s mandated Great Leap Forward. In an inspiring tale, Emei’s mother, Yuan Ye Ping, recounts how she ended up as one of the few truck-driving women during the Up to the Mountains and Down to the Countryside Movement, which sought to increase agricultural outreach and spur social and ideological change amongst youth.

Burell’s stunning illustrations honor her mother’s courage, strength, and determination during a decade of tremendous political upheaval and introduces us to a young woman in a new era of self-discovery. 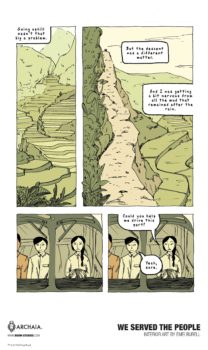 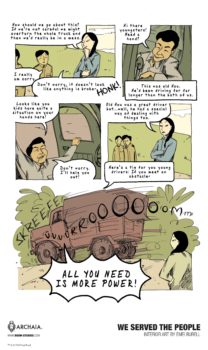 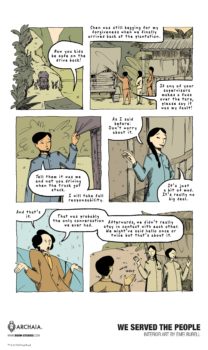 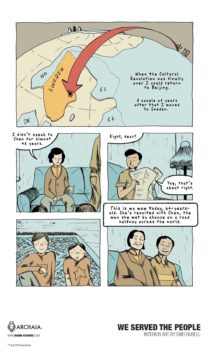 We Served the People is scheduled to arrive in April 2020.