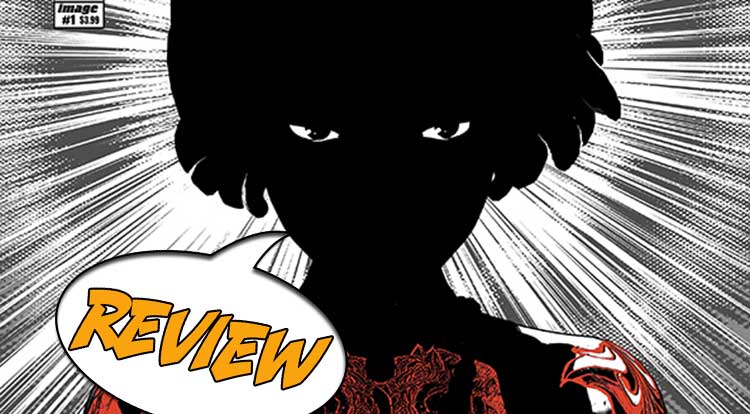 A secret magical order is building up its ranks and it seems that Saskia is the newest recruit. With her new powers literally etched into her skin, she begins to learn of this new world she’s been brought into. Your Major Spoilers review awaits! Previously in Marked: Hidden from the mortal world is a realm of magic, where lords of chaos and evil dwell. To combat these dark forces, groups of magically inclined people have risen up.  The Marked are one of these groups.  With their powers coming from glyphs tattooed onto their bodies, they’ve battled and helped sway the direction of humanity for centuries.  But, they need fresh blood for their ranks.

Who’s Ready For An Origin Story?

The Marked #1 starts off with a scene of our main protagonist, Saskia, in the midst of casting a spell that goes horribly wrong and seemingly steals her eyesight. We then flashback to a few days prior, where we see Saskia in a coffee shop with her friend. While there, she comes across an advertisement for an art academy.  She finds the supposed art academy and finds out quickly that it isn’t what it seems. She’s introduced to Mavin who seems to run the place and Saskia is taken in after she’s told she has something called “The Talent”. Her avatar, a phoenix, is then painfully tattooed onto her back.  During this process, the history of The Marked is told to her and it’s explained that after WWII, all of the magical artifacts that Hitler had gathered was given over to the US government program called Stargate. Afterwards she’s taken out on the town by the other members of The Marked.  Another member of The Marked, Liza, shows her the next day that she has merged technology with the magic of their tattoos to make them more powerful.  Saskia allows Liza to enhance her with the tech. It’s after this that Saskia attempts the spell that goes wrong and leaves her blind.  Liza is stripped of her powers and kicked out.  Stargate is then contacted by a man who’s been following Liza and they come to her. She reveals that her powers weren’t taken away, just hidden.

A good portion of this first issue is dedicated to putting all the pieces into place and establishing the world they’re in and that isn’t surprising, being that it’s a number one.  What’s nice is that what is laid out and established is interesting. It may not be the most original thing in the world, but this particular take on the “hidden organization that fights magical stuff” trope at the very least feels fresh. This group of magicians feel more like a clique, or “scene” rather than any sort of secret organization, which in turn gives the whole book a younger feel. David Hine and Brian Haberlin do a very competent job at using mechanics in-story to lay a lot of exposition on the reader and manage to do so without it feeling overwhelming. Also,

I’ve been a fan of Brian Haberlin’s art over on another series that he and David Hine collaborate on, Sonata, and the same things I like there are present here: Stunning usage of light and shadows, heavy usage of black, great character design, and just a ton of depth in every panel. The the addition of Geirod Van Dyke’s color work, this is a beautiful book to look at. The one thing that struck me as being lackluster was the tattoos themselves. With so much of this story surrounding these markings on the character’s skin, they’re not very interesting, nor do they actually look like tattoos. Unless the tattoo is the clear focus of the panel, they’re often depicted as just some scribblings on the characters’ bodies. On the flipside, the actual magic created by the tattoos is visually stimulating and full of intricate color work, this is where

The Bottom Line: I’m Curious To See Where This Series Goes

I’ve had mixed feelings about some of Brian Haberlin and David Hine’s other work, especially when it comes to pacing and storytelling, but so far in this one issue, they have avoided those problems. Granted, that could be due to this being a double-sized issue. Regardless, The Marked #1 does a fantastic job establishing a new world and set of characters and I want to see what happens next. 4 out of 5 stars.

The Marked #1 sets up a world that’s based on a tried and true formula. But, manages to add just enough different elements to make this book feel fresh and exciting. Mostly solid artwork drives this issue home and makes it an entertaining book all around.