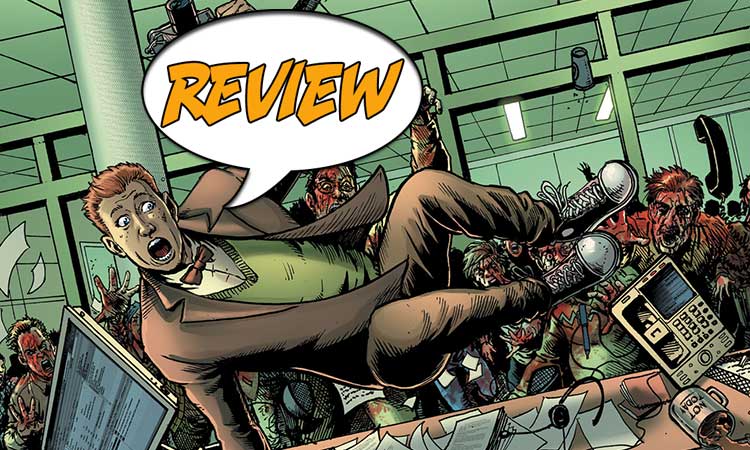 Previously in Superman’s Pal Jimmy Olsen: Someone has been trying to kill Jimmy Olsen and as far as they know, they’ve succeeded.  But through clever usage of a body double, Jimmy has managed to go on the lam and is now attempting to solve the puzzle surrounding his “murder”. Thankfully, fellow Daily Planet reporter Lois Lane has arrived to help him out.

The Most Straightforward Issue So Far

Jimmy Olsen #4 kicks off with Jimmy and Lois reviewing some of the videos Jimmy has been making under the guise of Timmy Olsen.  Then Jimmy reveals his board that lays out the whole conspiracy against him and why he thinks it all points to Lex Luthor. Then we go into a flashback that shows Jimmy being arrested but then the detective who arrested him later being offed in a parking garage. Then things cut over to a series of pranks Jimmy has been pulling as Timmy, including stealing a wheel off the Batmobile. Back with Lois, Jimmy lays out how he thinks the conspiracy is unfolding (which happens to be a nice recap of the series so far). Afterwards, Lois explains to him that he might be approaching things the wrong way and asks him if he’s told anyone else. That’s when Jimmy reveals and we get to see, that he’s already confronted Lex about things.  The issue wraps up with a reveal that he has kicked off a prank war with Batman.

This Series Is Something Else

Matt Fraction is one of those writers that continually surprise and impress. His ability to push the medium to its limits, while also poking fun at it, while never coming off as insulting is on full display in this series. So far Jimmy Olsen has been a twisting tale of multiple timelines and stories all wrapping around each other in non-linear fun. This issue though, things are a little more straightforward almost like a bit of a rest so the reader can reorientate which is nice because while it’s clear that Fraction is a very intelligent writer, sometimes things get a little too clever for their own good. This issue doesn’t come off as being a “jumping on point” but rather a chance to let the story so far take a breath. With that being said, this issue is still jam-packed with easter eggs, deep cuts, and little jokes that reward the eagle-eyed reader (the onomatopoeias in this issue are a personal favorite).

The Art Is A Perfect Fit

While the writing is superb, it’s the art that really sells Jimmy Olsen #4. Steve Lieber and Nathan Fairbairn are putting on a clinic in invoking an entire era of comics, without completely mimicking any other specific artist. Everything in this issue has a clean, unobstructed style, that screams Silver Age. The colors are bright and the faces are expressive. On top of that, the way that this book plays with aspects of the comic book medium is fascinating to see. For example, there’s a sequence when we see a miniature Jimmy swinging along the red lines on his big conspiracy board to guide the reader.  It sounds silly, but it really works.

Bottom Line: Now’s The Time To Catch Up With This Series

Jimmy Olsen is perhaps one of the most intriguing and smartly made comic books out there right now. If you haven’t been picking up this series, you’ve been missing out. Jimmy Olsen #4 does a great job of taking everything that’s been happening in the series, slowing it down, and repackaging it in a way that’s a bit more simple. It might not be quite as madcap as the rest of the series so far, but this issue is still a great read, especially for fans of not only comic books but of comic book history. 4.5 out of 5 stars.

Superman’s Pal Jimmy Olsen #4 isn’t exactly for new readers, but it is a good place for current readers to get a better grasp on the series as a whole. It doesn’t have quite as much zaniness as the rest of the series has had, but doesn’t have any shortage in jokes and fun.