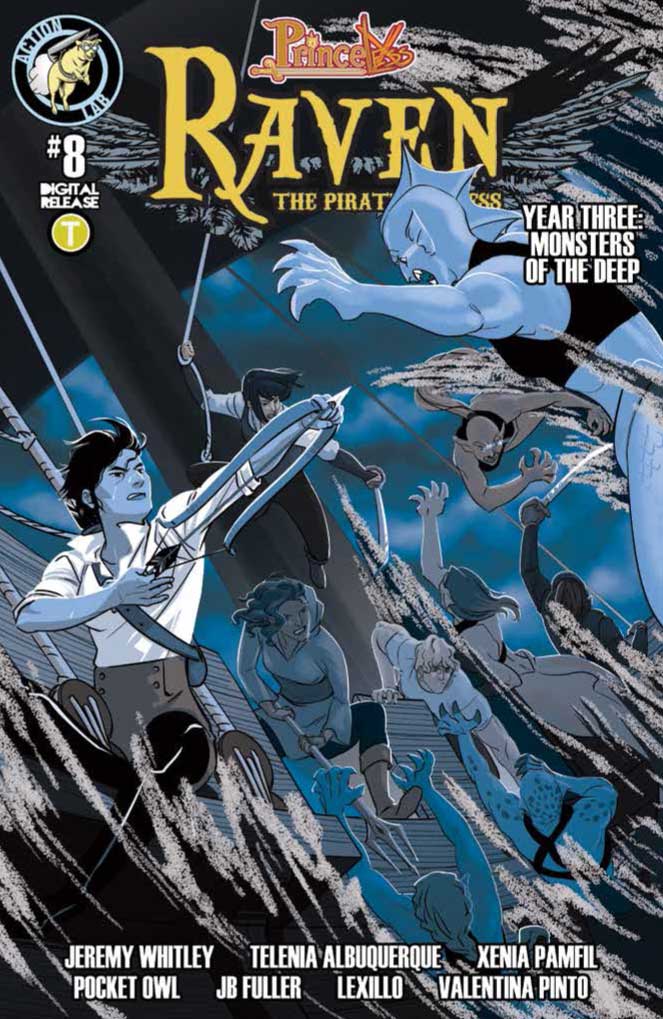 When Ananda woke up after the wreck, she found herself on a magical island with a mystical healer who helped her get back on her feet. But The Queen of the Sea is coming to retrieve her and she’s bringing her murderous mermaids. Will Ananda end up back in the hands of the woman who tried to drown her?

And back at their temporary camp, Ximena is still doing her best to keep the comatose Raven alive, but they’ve been discovered and things are about to get much more dangerous. Can the pacifist navigator do what it takes to protect her captain and girlfriend?