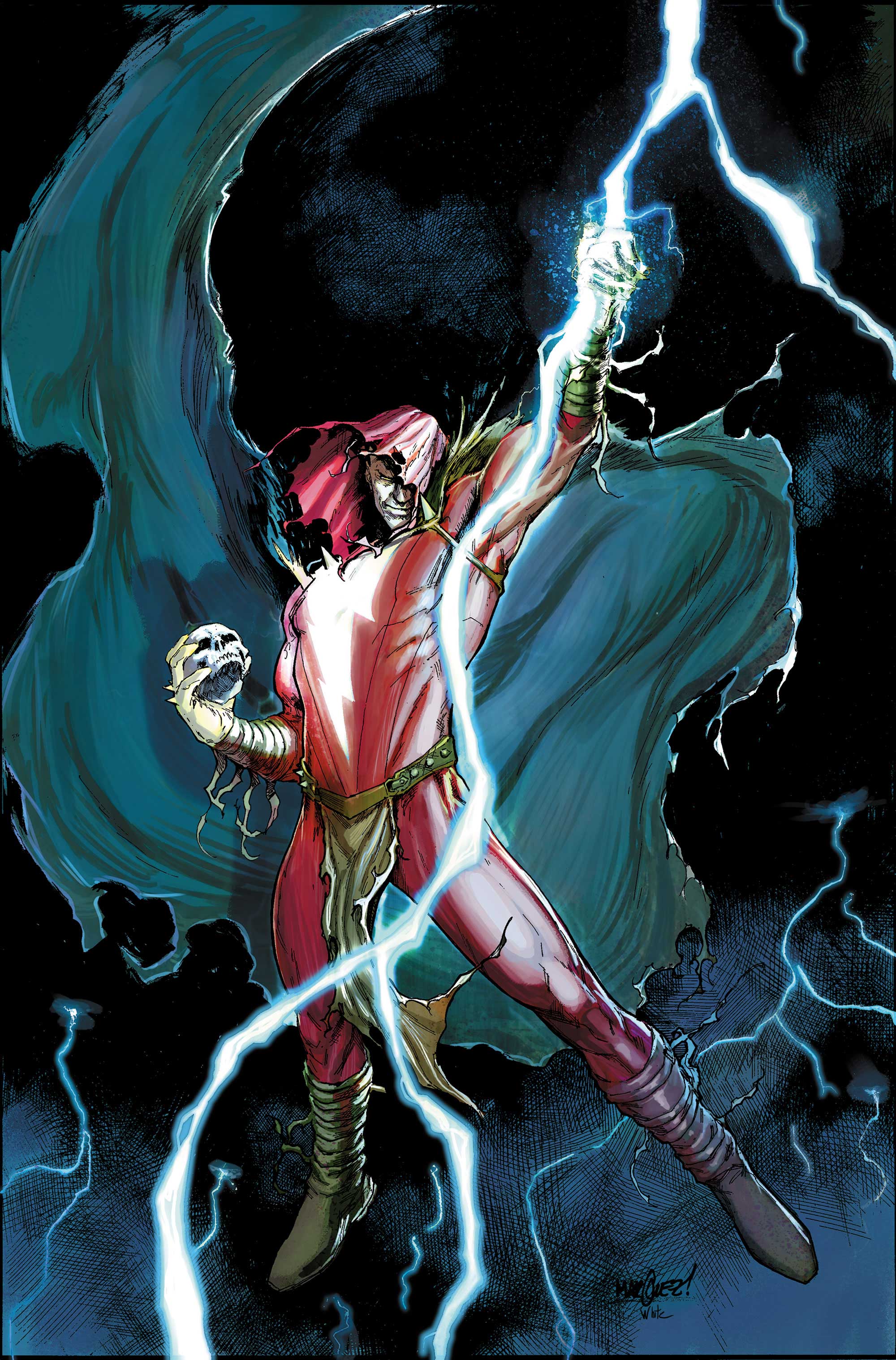 The Infected: King Shazam! #1
Written by Sina Grace
Art by Joe Bennett
Inks by Belardino Brabo and Matt Santorelli
Colors by Hi-Fi
Cover art by David Marquez
In Shops: Nov 06, 2019
Final Orders Due: Oct 14, 2019
SRP: $3.99
Billy Batson is a good kid. Well… he was. Following the events of Batman/Superman and “Year of the Villain,” Shazam is now one of the Infected! One of DC’s greatest heroes has seen his soul turned black by the Batman Who Laughs—and Shazam’s on a journey to punch a bunch of so-called “gods” in the face and show the establishment exactly what the future looks like. The Infected: King Shazam, from writer Sina Grace (Iceman, Go Go Power Rangers) and artist Joe Bennett (Immortal Hulk), is the first spotlight one-shot focusing on the heroes infected by the Batman Who Laughs, leading the way to the December-debuting Year of the Villain: Hell Arisen!