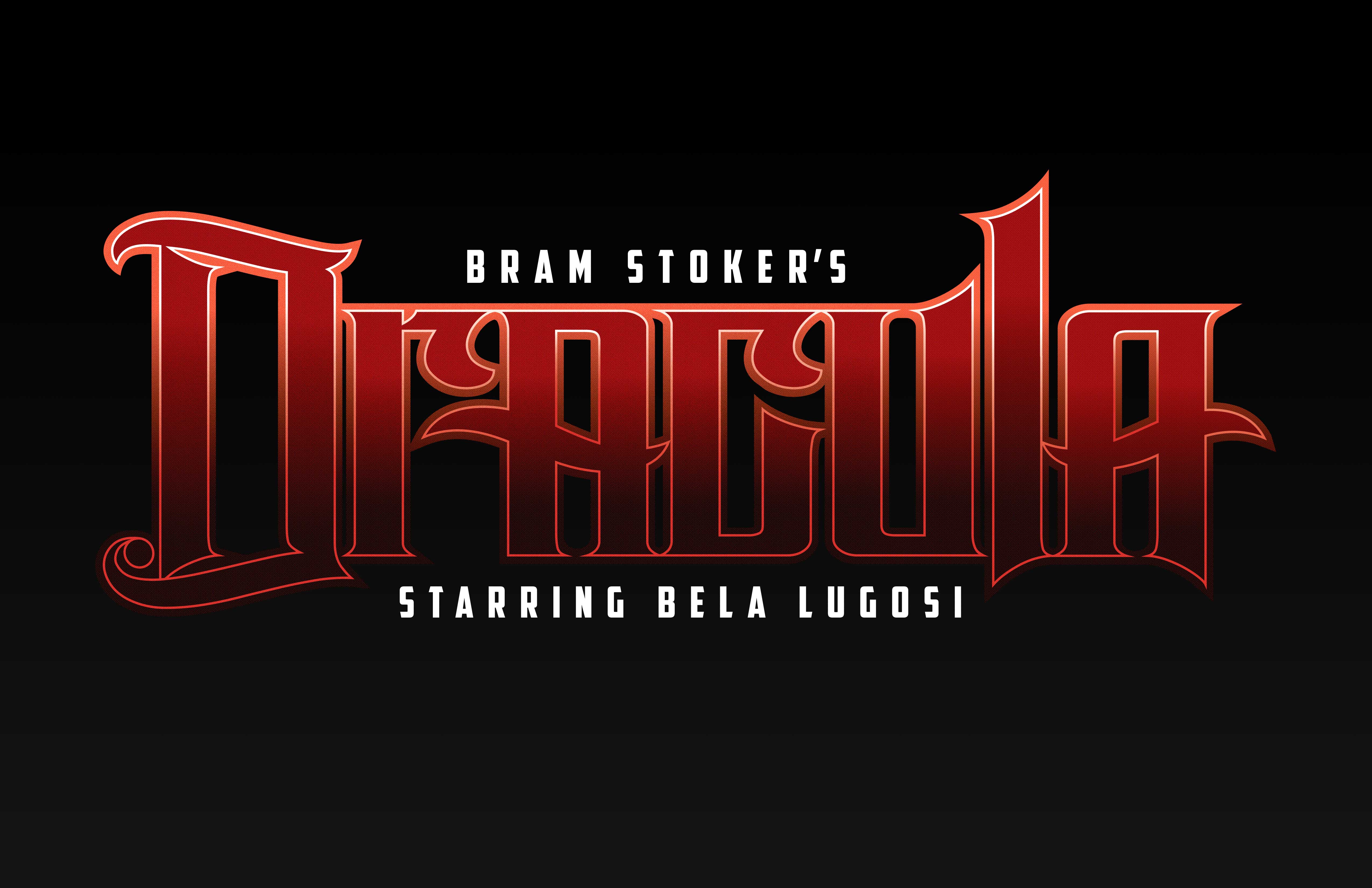 Legendary Comics, in partnership with the Lugosi Estate and Kerry Gammill, announced Bram Stoker’s Dracula, a new graphic novel starring iconic film and stage actor Bela Lugosi, with art by El Garing, set for release in late 2020. In the late 19th Century, Dracula, an ancient Transylvanian vampire, moves to England to find fresh blood and spread his evil contagion. There, he encounters two women, Lucy and Mina, who become the targets of his dark obsession. Aided by a group of brave men, Professor Van Helsing arrives on the scene to take on the Vampire Prince in the ultimate battle between the forces of light and dark! Follow Facebook.com/LegendaryComics for the latest news and updates about Bram Stoker’s Dracula and more. “There have been great Dracula graphic novels, but to unite Bram Stoker’s novel in a faithful adaptation with the definitive Dracula in the form of screen icon Bela Lugosi is a dream come true,” said Robert Napton, Senior Vice President of Legendary Comics. “I am grateful to the Lugosi Estate, artist El Garing and art director Kerry Gammill for bringing their passion to this project.”

“On behalf of the Lugosi Family, I want to thank Legendary Comics, especially Robert Napton, as well as artists El Garing and Kerry Gammill, for honoring my father with a stunning graphic novel that features Bela Lugosi as Bram Stoker’s Dracula,” said Bela G. Lugosi.

“Bela Lugosi created his unique portrayal of Count Dracula on the Broadway stage and has become a cultural icon for his performance in the 1931 film,” said Lynne Lugosi Sparks. “This graphic novel beautifully answers the question: What would Lugosi’s performance look like in a direct interpretation of Bram Stoker’s novel? We believe Legendary Comics has proven what fans already know—Bela Lugosi is Dracula.”

“It is a great honor to handle this epic project and working with Robert Napton and Kerry Gammlil has been an amazing experience,” said illustrator El Garing. “Bela Lugosi is the best Dracula and bringing him back to the character he defined through the artwork has been a thrill.”

“It is very exciting to work closely with such a talented creative team on this graphic novel that places Bela Lugosi, the most iconic screen Dracula, into a direct adaptation of Bram Stoker‘s original novel,” said Kerry Gammill. “I’ve had the pleasure of knowing the Lugosi family for many years and I’ve worked on several projects with them, but this is the ultimate Lugosi project to me.”

Fans attending Los Angeles Comic Con are invited to join the Legendary Comics team as they share secrets about Bram Stoker’s Dracula starring Bela Lugosi and upcoming comic releases at the “Legendary Comics 2019 and Beyond” panel on Saturday, October 12 at 11:00am in Room 404AB. Attendees will also get updates on previously announced YA releases: The Witches of Silverlake, Championess and Lupina; get sneak peeks of The Heart Hunter, Lost in Space: Countdown to Danger, Acursian, and Firebrand; and will receive an exclusive Legendary Comics giveaway.

Bela G. Lugosi, the only child of actor Bela Lugosi, is the managing member of LUGOSI LLC. Mr. Lugosi practiced law in Los Angeles for 52 years before retiring in 2016. In 1963, while a student at USC Law School, Bela G. Lugosi brought the historic suit against Universal Studios (Lugosi v Universal) for the illegal use of his father’s name and likeness on merchandise. After years in the courts, this suit paved the way for the California Celebrity Rights Act enacted in 1984. With the establishment of that Act, Bela Lugosi’s name and likeness became a lawful, descendible property right, one which Bela G. Lugosi continues to protect.

Lynne Lugosi Sparks is the granddaughter of actor Bela Lugosi and daughter of Bela G. Lugosi. Through her position as Chief Executive Officer of LUGOSI LLC, she has the honor of extending the legacy of her grandfather through heritage projects and through a diversified and expanding licensing business featuring the Bela Lugosi brand.

Artist El Garing loves illustrations. He migrated to the United States many years ago to follow a dream, and met his hero personally, The Great Frank Frazetta, who is always an inspiration

Kerry Gammill, who grew up in Ft. Worth, Texas, began drawing at an early age. His early art was inspired mostly by the monster movies he watched on TV at every opportunity. He began his professional art career in 1978 joining the roster of artists at Marvel Comics—working on Powerman and Iron Fist, Marvel Team-Up, Indiana Jones, Fantastic Four, Uncanny X-Men, Wonder Man, Doctor Strange, and more—and, in 1988, began drawing Superman at DC Comics. Gammill left comics in the mid-‘90s to work as a conceptual artist for film, providing designs and storyboards for many sci-fi movies and TV shows including: Virus, Phantoms, Species II, Stargate SG1, Alien vs. Predator, G.I. Joe: Valor vs. Venom, among many others. After several years, Gammill returned to comics and his love of horror as the publisher of critically acclaimed horror comic books including four issues of Bela Lugosi’s Tales from the Grave (inspired by a childhood of watching classic horror movies and reading Creepy magazine) and the graphic novel series Flesh and Blood.

The mission of LUGOSI LLC is to preserve and protect the image, name and likeness of Bela Lugosi by honoring his place in history as one of the pioneers of the Hollywood film industry and by celebrating the icon that will forever be Dracula. LUGOSI LLC strives to associate the Bela Lugosi brand with quality products that exemplify the great style and distinction with which Bela Lugosi approached life. To foster this goal, LUGOSI LLC enters into selective licensing agreements in merchandising, advertising, and entertainment projects.

Legendary Comics was born out of a passion for mythic entertainment, seeking out new talent and working with the best and the brightest in the industry to create transportive worlds, inspirational characters, and spectacular adventures that leap off the page. Founded in 2011, Legendary Comics has produced an exciting catalogue of original titles that continues to grow and evolve. From partnerships with industry legend Frank Miller to Grant Morrison’s Eisner-nominated Annihilator, Legendary Comics has a passion for innovative new stories, including Marc Guggenheim’s The Adventures of Jonas Quantum, the fantasy action series A Town Called Dragon, and Jessica Chobot and Erika Lewis’ hit webseries, Firebrand: The Initiation of Natali Presano. In addition to original titles, Legendary Comics also expands the scope of the cinematic universes of its parent company Legendary Entertainment, by bringing big-screen adventure exploding onto the comic book page. Working with the visionary filmmakers and the architects of Legendary’s Monsterverse, they have delivered the level of quality and authenticity our fans demand with New York Times best-sellers such as Godzilla: Aftershock, Pacific Rim: Aftermath, and Skull Island: The Birth of Kong, to name a few. http://www.legendary.com/comics