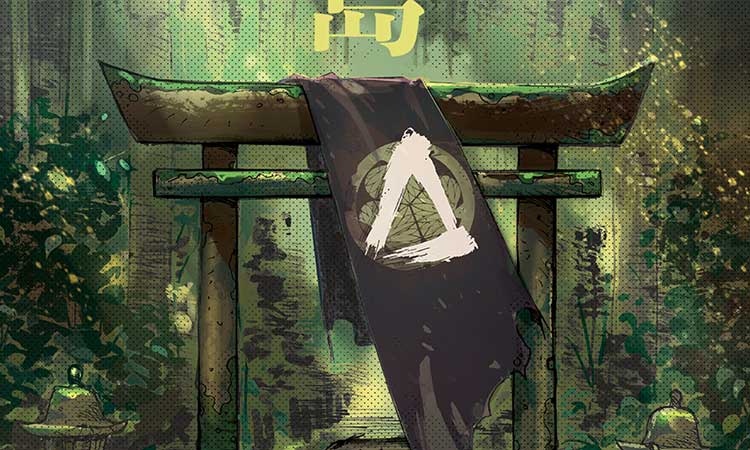 Hana, trying to protect the people around her, is with the Shogun and his forces. Kenichi is with a group of bandits. When they meet and fight, who will win? Find out in Ronin Island #7 from BOOM! Studios. Previously in Ronin Island: Kenichi and Hana traveled to the mainland and met the Shogun. Kenichi was almost immediately singled out as a new favorite, but when Hana found out the Shogun was creating the monstrous Byōnin, Kenichi left to make his way back to the Island. He was caught by a group of bandits and has talked them into attacking the Shogun. The Shogun has decided to move his people to the Island, harnessing Byōnin as beasts of burden. Hana remains with him, defending his people even though the Shogun considers her expendable.

LEARNING THE TRUTH ABOUT LIFE THE HARD WAY

Ronin Island #7 has both Hana and Kenichi learning some serious truths about how people behave. The Shogun and his people are on the move, and the Shogun is fascinated, even delighted, by his monsters. Hana is appalled, but General Sato won’t listen to her. In his personal experience, the only way to survive is to stay on the Shogun’s good side, even when you know full-well he is a horrible person.

The monster feeds on a carcass by the side of the road and grows even bigger. The Shogun orders one of his men to run out in front of it so he can see how fast it is. Suddenly, bandits attack the little caravan as well, and Hana is surprised when Kenichi grabs her and urges her to join the bandits and fight the Shogun with him. She thinks he’s crazy, but I think it’s more that he’s still idealistic.

We get another flashback to when they were young and in training. Master Ito has an exercise for them. Kenichi listens to the instructions; Hana questions them. When it comes to the exercise, Hana wins by thinking outside of the box. This upsets Kenichi’s mother, but Master Ito reminds her that they will need to be smart to survive. Tying back to the present, Kenichi acknowledges that she was always good at finding tricks but doesn’t realize that they matter only for protecting the island. She counters with her realization that point of the Island isn’t that it is a place.

The Shogun, laughing, releases the Byōnin and orders it to attack, which causes as much chaos as you might imagine. Kenichi and the bandits attack the monster; Hana and her friends climb up the monster to cover its main head and lop off a secondary head. Kenichi orders the bandits to attack the Shogun, and the Shogun tells them about the Island – and they parley instead. They make a deal, and now the Shogun’s forces are bigger.

Kenichi, Hana, and a handful of others run off, and the Shogun sends General Sato after them to kill them. Hana has saved his life and given him chances before, but he consistently falls on the side of the Shogun. Hana strikes him down, and she and Kenichi find themselves together again, but fending off more of the Shogun’s samurai.

LIFE IN A WORLD GONE CRAZY

The art in Ronin Island #7 has a nice economy of line that gives it a lot of life. Important characters have little details that set them apart, so they’re clearly identifiable even when they’re deep in the background. And they are often in the background at the open, because the Byōnin upstages everyone. It’s a fascinating monster, just barely recognizable as having a human origin, who grows organically with all sorts of odd spikes and bits protruding from it while still appearing fleshy.

I really love the scenes of young Kenichi and young Hana. As children, they seem more earnest and vulnerable, but you can still see the shadows of these children in the older versions. It’s rather cute that Hana’s design feature is her patched clothing, and that she has patches in the same place now as she did when she was about eight. But these scenes have a real purpose in showing us more about our two main characters and what they think about each other, and it leads to a lovely ending panel where, to make the point, we see both versions at the same time.

BOTTOM LINE: GROWING UP BY BETRAYAL

Growing up is difficult in the world of Ronin Island #7. More and more, the Island, as I think Hana recognizes, has become a symbol and not merely a place. It is merely an ideal, or is it the only way people can survive this latest threat?

Kenichi and Hana learn that life is full of danger, difficult decisions…and consequences!