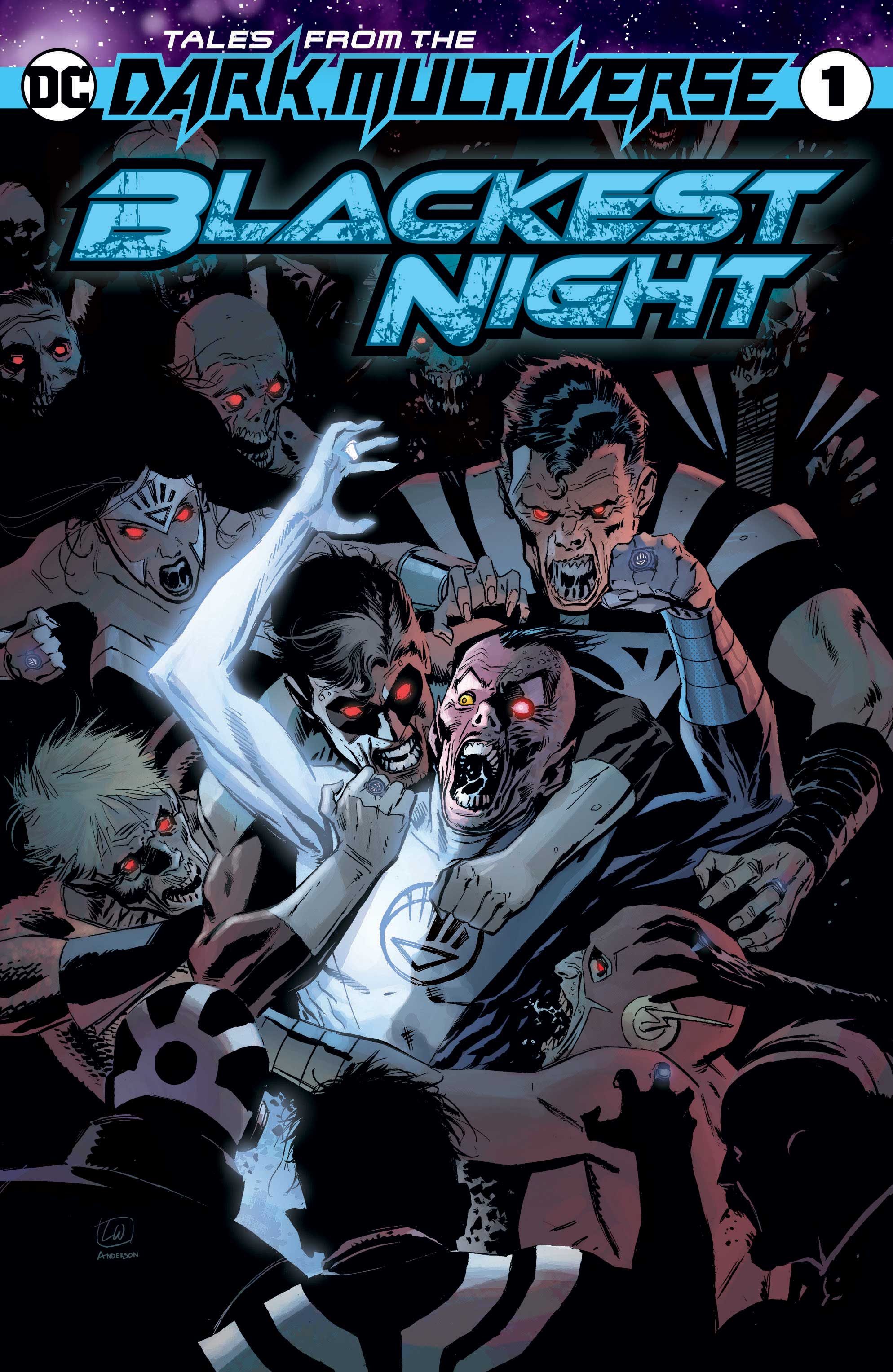 DC Comics has released this first look at Tales from the Dark Multiverse: Blackest Night #1 that is set to arrive at your local comic book shop on November 13th.

TALES FROM THE DARK MULTIVERSE: BLACKEST NIGHT #1
Written by Tim Seeley
Pencils by Kyle Hotz
Inks by Dexter Vines, Danny Miki, Walden Wong
Colors by David Baron and Allen Passaelaqua
Cover by Lee Weeks
Tales of the Dark Multiverse: Blackest Night retells the tale of the Green Lantern event that changed the DC Universe forever, only this time the Black Lanterns emerge triumphant! Twenty-three days after the cataclysm, Sinestro, trapped between life and death as a White and a Black Lantern, emerges as the world’s last hope—the Limbo Lantern – against the threat of not only a horde of Black Lantern-infected New Gods, but Darkseid himself, also infested with the Black Lantern’s evil power.

In order to save the universe or end his life, Sinestro will need the help of some unlikely survivors—Dove, Lobo, and Mister Miracle—all of whom will put their lives on the line to give their world one final chance!