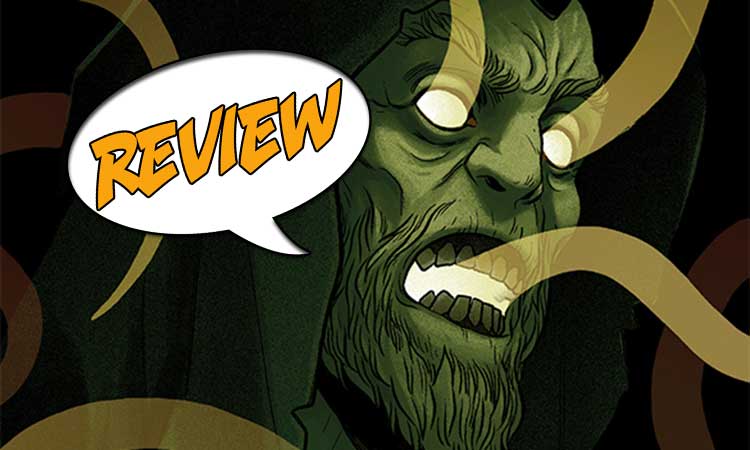 Our Motley crew of killers, sorcerers, skin eaters and traitors have so far beaten impossible odds to arrive at their destination – the dread fortress known as the Anvil.  Aside from the bickering, this Dirty Half Dozen now have to find a way in, foment a revolt and destroy the power at the heart of the fortress. Will they succeed?  Find out in our Major Spoilers review! Previously in Reaver: The continent of Madaras has long been wracked by war.  The Imperial forces (no, not those ones) assemble a deniable band of cutthroats, traitors, prisoners and plain old monsters to infiltrate a fortress known as the Anvil so they can kill the evil that threatens their war effort.  Led by a despicable sorcerer and his menacing bodyguard, their odds of success are punishingly low, but somehow, this group of utter misfits has somehow arrived at their destination intact.  For now…

SHOULD WRITING BE THIS MUCH FUN?

I love me a good smash and grab, down and dirty, fantasy.  I’ve written one myself, populated by angry people with deep character flaws fighting through to fame, fortune and survival against all odds.  Reaver #4 is just such an issue, reaching an important waypoint in the arc as our merry band of bastards finally arrive at the Anvil, and prepare to infiltrate and topple the power at its center that threatens the Imperial war effort.  But first, there are brains to be eaten…no, really.  Brains must be devoured so the team can work out the best way to enter the fortress.

The great fun in comics like Reaver #4, and indeed, this action sub-genre, is the power dynamics between the main characters.  We have idealists like Mahan, who has dedicated himself to a cause greater than himself, paired up with Styrian, a handsome fellow who just happens to be an unapologetic (are there any who are apologetic?) cynic and serial killer.  Styrian is probably the most entertaining character in the issue – his relaxed cynicism and snark nicely juxtaposed against the blindingly impossible odds piled up against our dubious heroes.  You can tell writer Justin Jordan likes Styrian the best, as he gets all the best lines throughout the issue.

That’s not to say that Reaver #4 is all about Styrian.  The other characters get their fair share of screen time, including Essen Reaver, the Devil’s Son, a huge fighter troubled by the horrors he has inflicted on his victims in battle.  While he is basically a human battering ram, there’s some poignancy in his introspection as he comes to terms with having to once again don his armor and begin slaughtering people again.  War is Hell, as a famous American general once said, and it is generally a hell of the participants making.

I loved Rebekah Isaacs’ art in Reaver #4.  From the chilly, mountainous landscape our heroes traverse, to the deft manner in which she draws them, Isaacs draws with ease and skill.  Each of the characters is a figure unto themselves – there’s no confusing anyone, even with the soldiers in the fortress who generally dress the same – their features are distinct.  Nice use of high angles are made, especially when Essen dons his armor once again – you can see the reluctance squarely in the tension in his shoulders, and that is down to Isaacs’ line work.

With half the characters and twice the badassery, Reaver #4 makes the Dirty Dozen look like a bunch of kindergarteners.
As I said before, Reaver #4 is a waypoint in the progress of the arc.  By this stage in the series, we know who the characters are, and mostly, what makes them tick.  With this sort of story, where characters with different backgrounds are forced by circumstance to come together and fight to survive, we all know the tropes.  In Reaver #4, and the series overall, Justin Jordan isn’t reinventing the wheel, but he is providing us with a solid, entertaining story that has enough surprises and twists to keep us engaged.  Like a pair of old slippers, this series will leave you feeling content, if not a little peckish for…brains!

BOTTOM LINE:  BICKER ME THIS

The culmination of the opening stanza of his arc, Reaver #4 is a very well told tale, by two creators at the top of their game.  Both the writing and the art work in symphony together, and if the end result is blood, more blood, and blood with a dash of betrayal, then all the more better for it.

A solid, entertaining mix of elements we’ve seen before, but very well realized and depicted, Reaver #4 will leave the reader feeling satisfied, and eager for more.