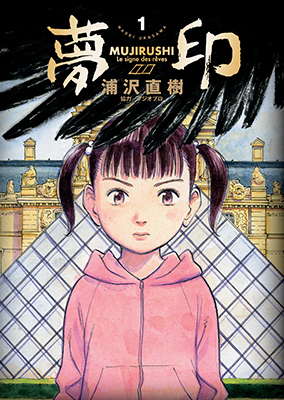 During the New York Comic Con, VIZ Media announced a number new titles coming our way during the summer of 2020.

ACT-AGE, Story by Tatsuya Matsuki, Art By Shiro Usazaki
Kei Yonagi must delve deep into her psyche to succeed in the cutthroat world of acting, but can she keep her sanity while doing so? Is there a method to Kei Yonagi’s madness when it comes to acting? The young actor has a family of siblings to feed, but she finds herself struggling with her psychological demons when playing a role. Her desperate acting catches the eye of a famous director, Sumiji Kuroyama, who’s looking for raw talent to mold. Can he help Yonagi navigate the cutthroat world of acting without losing her sanity?

BLEACH: CAN’T FEAR YOUR OWN WORLD, By Ryohgo Narita, Original Concept by Tite Kubo
The bestselling paranormal action adventure manga series BLEACH continues in novel form as an all-new threat arises! The Quincies’ Thousand Year Blood War is over, but the embers of turmoil still smolder in the Soul Society. Tokinada Tsunayashiro, elevated to head of his clan after a slew of assassinations take out every other claimant to the title, has a grand plan to create a new Soul King. His dark ambitions soon sow the seeds of a new total war across the realms, but all is not lost. There is one unlikely Soul Reaper who holds the key to defusing the conflict—Shuhei Hisagi, Assistant Captain of the Ninth Company and reporter for the Seireitei Bulletin!

FUSHIGI YÛGI: BYAKKO SENKI, By Yuu Watase
The final FUSHIGI YÛGI story in the Universe of the Four Gods begins! The year is 1923. Suzuno Osugi’s father Takao warns her to stay away from The Universe of the Four Gods, telling her it’s a book that only men can touch. Takao worked with late Einosuke Okuda, who translated its text. He knows that in order to enact its story, the book needs one last heroine: the priestess of Byakko!

HOW DO WE RELATIONSHIP?, By Tamifull
A romance of convenience between two college women soon becomes the real thing. Shy Miwa has always dreamed of finding love, but living in small-town Japan made finding the right match difficult—especially since she likes girls! Even going away to college didn’t seem to increase her romantic odds until one day her outgoing classmate Saeko suggests they might as well start dating each other since it’s not like either of them have other options. At first it seems like things won’t work out as their personalities clash and misunderstandings abound. But when their casual friendship starts to become something more Miwa begins to wonder—can a pragmatic proposal lead to true love? MAISON IKKOKU COLLECTOR’S EDITION, By Rumiko Takahashi
Acclaimed author Rumiko Takahashi’s classic romantic comedy about finding a path in life. Yusaku Godai didn’t get accepted into college on the first try, so he’s studying to retake the entrance exams. But living in a dilapidated building full of eccentric and noisy tenants is making it hard for him to achieve his goals. Now that a beautiful woman has moved in to become the new resident manager, Godai is driven to distraction!

MONSTER HUNTER: WORLD – OFFICIAL COMPLETE WORKS
Dive into this monstrously massive guide and explore all of the hunting fields, monsters, weaponry and lore that turned Capcom’s beloved Monster Hunter franchise into a global hit! Monster Hunter: World is one of the biggest games to hit shelves in years, and an epic game deserves an epic book! This 560-page tome features all of the lore, myths and monster designs that made Monster Hunter: World such a hit. Get all of the details on the ecosystems of the hunting grounds, find out just what makes a Rathalos such a ferocious predator and explore the New World! MUJIRUSHI: THE SIGN OF DREAMS, By Naoki Urasawa
From award-winning author Naoki Urasawa comes a tale of crushing debt, a broken marriage, and the painting that can fix it all—if Kasumi and her dad can manage to steal it. Kamoda will do anything to earn a quick buck, even if it means skipping out on his taxes to take his wife on a luxury cruise. But when a random tax audit bankrupts his family, Kamoda soon discovers his wife has taken that cruise after all—only without Kamoda or their daughter Kasumi. Desperate to provide, Kamoda invests in a scheme to mass-produce masks of controversial American presidential candidate Beverly Duncan. But a lackluster election kills their sales potential, burying Kamoda under a mountain of masks and debt. On the verge of despair, Kamoda discovers a sign that leads him to the Director, an art fanatic who vows he can make all of Kamoda and Kasumi’s dreams come true.

NARUTO: NARUTO’S STORY – FAMILY DAY, By Mirei Miyamoto, Original Concept By Masashi Kishimoto
The ninja adventures continue in these stories featuring the characters of NARUTO and BORUTO! In this first of three new stand-alone tales set in the BORUTO timeline, the village of Konohagakure has established a new holiday, Family Day. In an attempt to celebrate, Naruto and his daughter Himawari race around looking for a must-have item that just keeps eluding them. Hinata wants to make the day memorable for her father Hiashi, her younger sister Hanabi and her son Boruto. Even Sasuke makes time to do something special with his daughter Sarada and his wife Sakura! When all is said and done, will the new holiday be considered a success?

NOT YOUR IDOL, By Aoi Makino
A psychological suspense series about a girl who has given up her life as an idol after being assaulted by a fan. In the wake of an assault, Nina Kamiyama, a former idol in the group Pure Club, shuns her femininity and starts dressing as a boy. At high school she keeps to herself, but fellow student Hikaru Horiuchi realizes who she is. What secrets is she keeping? The shocking drama starts.

ONE PIECE: ACE’S STORY, By Sho Hinata, Original Concept by Eiichiro Oda
Get the backstory on Luffy’s brother Ace in this first of two prose stories that continue the high seas adventure ONE PIECE! This volume contains the origin story of Luffy’s adopted brother Ace, and tells of his thrilling quest for the legendary One Piece treasure.

PING PONG, By Taiyo Matsumoto
Ace high school table tennis players push their passion to the limit in this story of self-discovery, told by Eisner Award winner Taiyo Matsumoto and later adapted to anime by Masaaki Yuasa (Devilman Crybaby). Makoto “Smile” Tsukimoto doesn’t smile even though he’s got a natural talent for playing ping pong. As one of the best players in school, all hopes are on him to win the regional high school tournament, but winning is not what Smile really wants to do. Will the fierce competition to be number one bring out his best or drive him away from the game? PING PONG is Taiyo Matsumoto’s masterwork reflection on friendship and self-discovery, presented here in two volumes, featuring color art, the bonus story Tamura and an afterward by the original Japanese series editor.

RWBY: THE OFFICIAL MANGA, By Bunta Kinami, Based on the Rooster Teeth Series Created By Monty Oum
Experience the Beacon Academy arc of the international smash hit animated series RWBY in a whole new way—manga! In the world of Remnant, monsters known as Grimm wreak havoc. They’re kept in check by Huntsmen and Huntresses, highly-skilled warriors experienced in monster extermination who utilize special abilities in battle. Ruby is a ferociously talented young girl who comes to Beacon Academy to hone her skills and serve as a Huntress herself. Alongside her sister Yang Xiao Long, rival Weiss Schnee and newfound friend Blake Belladonna, Ruby leads Team RWBY, the coolest new group at Beacon!

SAMURAI 8: THE TALE OF HACHIMARU, Story by Masashi Kishimoto, Art by Akira Okubo
A futuristic tale of samurai adventure from the creator of NARUTO! Becoming a samurai seems like an impossible dream for Hachimaru, a boy who can’t even survive without the help of his father. But when a samurai cat appears before him, his whole life changes. A legendary manga creator and a rising star come together to bring you this science fiction samurai epic! SPY X FAMILY, By Tatsuya Endo
An action-packed comedy about a fake family that includes a spy, an assassin and a telepath! Master spy Twilight is the best at what he does when it comes to going undercover on dangerous missions in the name of a better world. But when he receives the ultimate impossible assignment—get married and have a kid—he may finally be in over his head!

THE KINGDOM OF THE GODS, Story By In-Wan Youn, Art By Kyung-Il Yang, Original Concept by Eun-hee Kim
Discover the comic that inspired the Netflix Original zombie series Kingdom! Years of war and famine and have plunged Joseon into chaos. Young Prince Yi Moon, after losing all his bodyguards to an assassination attempt, has no choice but to turn to the mountain bandit Jae-ha for help. But as the unlikely pair race to find safety in a world gone mad, it becomes horrifyingly clear that humans aren’t the only thing they must fear! In a bonus story, a secluded island becomes a private battlefield as the notorious Japanese criminal Juu and the infamous Korean felon Han face off against each other. But they aren’t the only ones on the island…