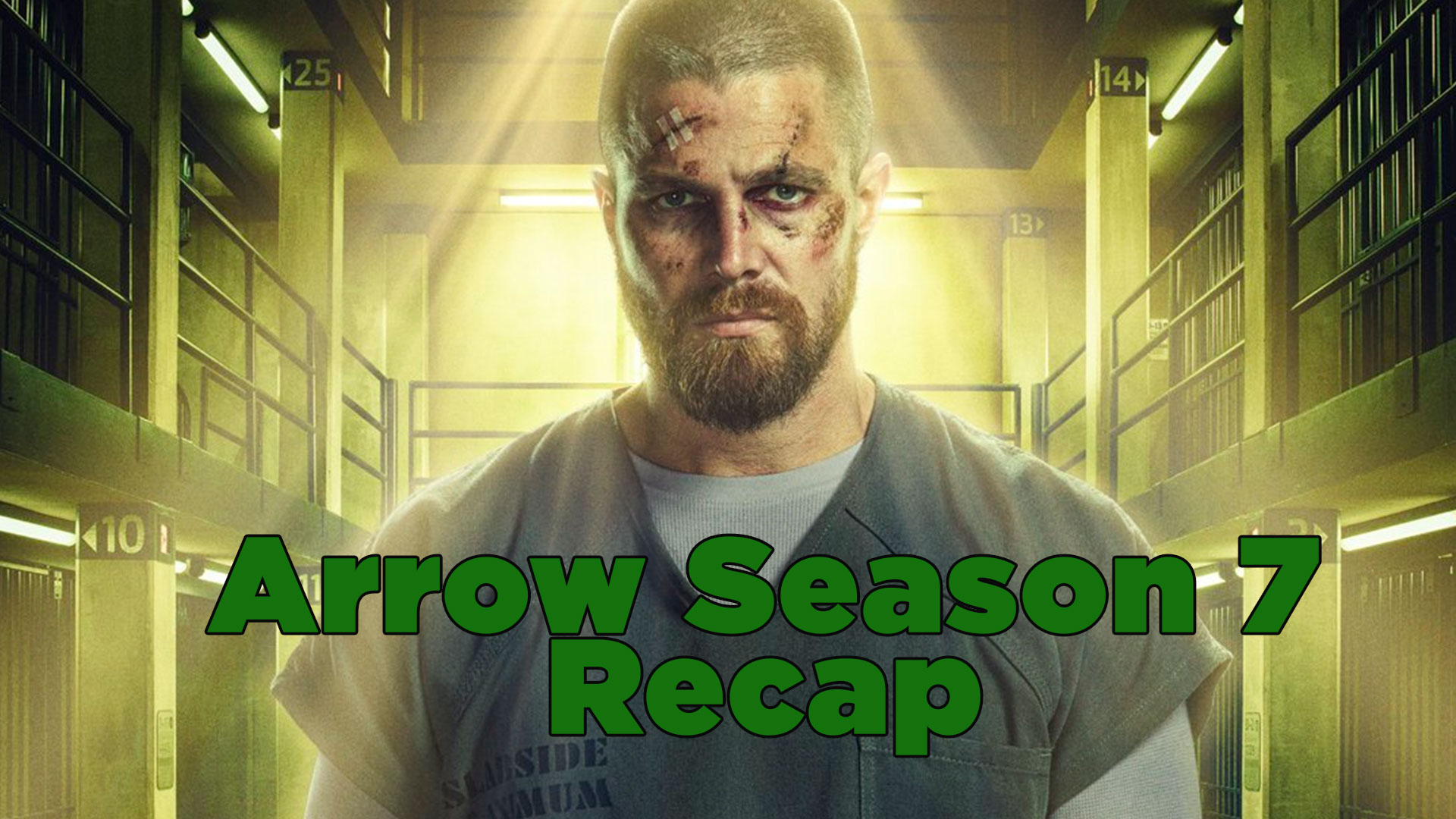 Arrow Season 7 Recap – Everything You Need to Know Season seven was a little unfocused and promised viewers the return of Roy Harper, even though he appeared in only a handful of episodes. The first threat Team Arrow faced was the Longbow Hunters based on the classic Green Arrow storyline with the inclusion of New Age of Heroes original character Silencer (played by Miranda Edwards), who was kidnapped, then escaped, then nothing much came of in the latter half of the season. The capture of Silencer brought together Felicity (Emily Bett Rickards), and Black Siren (Katie Cassidy). Just how trustworthy Black Siren actually is came under questions multiple times throughout the season with Felicity acting as her champion often bringing her into conflict with Oliver and the team. The Star City Slayer arc stepped up with Oliver moved back in with Felicity and his son, William. Shaken by being targeted by a murdered, Felicity stepped up her development of a security system known simply as “Archer”. Archer and the removing of William from their care (he goes to live with his maternal grandparents following Dover’s attack on the Queen home), spun into flash forwards! Flashbacks have long been integral to the Arrow narrative structure. These flash forwards take the show to the year 2049 (in a post Bladerunner sequel world this did feel a bit funny), where we meet an adult William Queen and various other Arrowverse children living in a dystopian version of Star City. They are quickly joined by older Roy Harper, Dinah Drake, Felicity, and Black Siren. While at first the story felt like it was all for nothing, it was later revealed that this future storyline spurred a spinoff show which is presently in active production. Back in the present, Felicity is revealed to be pregnant with a daughter (Mia, who we have already met the adult version of in the flash forwards). She and Oliver struggle with who to share this news with and how it will shape the rest of their lives and the life of Team Arrow moving forward. Seemingly from nowhere, Emiko Queen (Sea Shimooka), is revealed as Oliver’s half-sister. This gives him two sisters and a half-brother (Tommy Merlyn being the half-sibling of Oliver’s other half-sister, Mia), and he tries to reach out to Emiko with open arms. For a few seconds some of the characters trust Emiko, but she ultimately betrays Team Arrow. She’s working for the Ninth Circle – or so it initially appears. Emiko is fixated on killing Oliver in order to atone for the crimes of their shared biological father. Since the show is called Arrow that was never going to happen. Oliver took out Ninth Circle pretend leader, Dante (Adrian Paul), to reveal that Emiko is their true leader. What else could he do? He teamed up with her and together the sibling succeeded in destroying the Ninth Circle together, although not before she died in the act. Oliver and Felicity break away from Team Arrow and say good-bye to the supporting characters to have their baby in a cabin in the woods. In the show’s final moments Mia is born and the Monitor comes to collect Oliver. Arrow must now make good on the promise he made during the previous crossover.