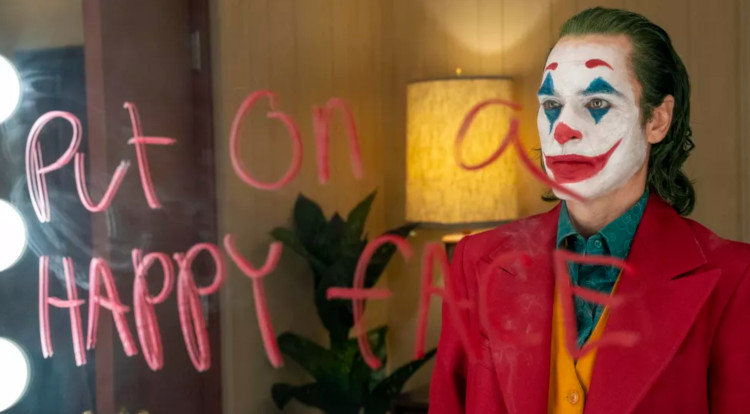 The classic Batman villain Joker at last has his time to really shine in the new Joker film, directed by Todd Phillips.  Ever since the trailer was released, opinions have varied about this incarnation.  Now with its release swirling with controversy, the most important questions to comic fans are getting lost.  Is it any good?  Worth seeing?  What happens?  The MAJOR SPOILERS review is after the jump!  I REPEAT, MAJOR SPOILERS AHEAD!  You have been warned… I’m writing this review after leaving the theater 30 minutes ago.  I had to get my thoughts out in some form.  That should give you some idea of how powerful a film Joker is.  Be it good or bad.

A few months ago I wrote an article about change, and many comic fans’ unwillingness to accept it.  While Joker makes many changes, some major, it stays true to what has been at the character’s core since his first appearance in 1940.  And if you think different portrayals haven’t been part of the Joker’s long history, you haven’t been paying attention.

From the first scene we learn that Arthur Fleck (Joaquin Phoenix) is a mentally ill man, with emotional problems stemming from incidents in his past.  Arthur was previously hospitalized and must see a therapist as well as take medication.  Set in the 80’s, this is a time when care for the mentally ill was not as it is today, nor was it considered as important.  Arthur suffers from a neurological condition where he laughs at inappropriate times, mainly when upset.  It is so bad he carries cards around to hand out to people when an outburst occurs, apologizing and explaining the condition.  Phoenix does a brilliant job at delivering different laughs, and it is clear when the laughter is stemming from his condition or when he finds something funny.  Both are unnerving.  As the movie progresses, Arthur is beaten and robbed, consistently caring for his sick mother, and trying to live in a world that either ignores him or kicks him when it doesn’t.  Things soon take a dark turn when a coworker gives Arthur a gun for protection.

After another “bad day”, Arthur rides the subway train home when three young, drunk Wayne Enterprises business men start harassing a woman.  Arthur’s laughing condition starts and soon the men’s attention turn to him.  Thinking he’s laughing at them, Arthur starts to take another beating (mirroring one from the beginning), but this time he pulls his gun.  One could argue self-defense, but after watching him follow one man fleeing and shooting him multiple times, I would say not.  Phoenix’s performance takes a little change from here as Arthur’s walk is less hunched over and more confident.  He gets involved in a relationship with his neighbor (Zazie Beetz) and continues to write jokes in his journal.  A journal also filled with pornographic and violent photos.  It’s around this time that the city stops funding social service programs and it’s bye bye medication.

REALITY VERSUS FANTASY AND DELUSION

Another theme Phillips injects into Joker and which runs parallel to Arthur Fleck’s story, is the inequality between Gotham’s rich elite and the ignored poor.  It’s a theme that we’ve seen before in Batman, done better in Christopher Nolan’s The Dark Knight Rises.  The murders of the men spark a movement of protests, with people donning clown masks resembling Arthur’s face paint as newspapers report a clown was responsible.

Joaquin Phoenix’s performance is amazing.  He gives Arthur such subtle nuances that hint at the character’s unhinged mind.  Arthur laughs watching a comedian’s performance, but during parts of the jokes that aren’t the punch line.  His eyes dart back and forth to people in the audience as he attempts to understand when the correct moment to laugh is.  And it’s not the disorder laugh either.  He’s finding humor in the unfunny.  My favorite moment is so small I almost didn’t notice it.  As Arthur writes a joke right handed in his notebook, he stops to think of the punchline.  The line comes to him and he begins to chuckle.  He picks up the pen, but with his left hand and writes the joke: “The worst part about having a mental illness is that people expect you to behave like you DON’T.”  As the movie unfolds, we not only learn what parts of Arthur’s past his mother has been telling him are lies (he’s adopted, was abused by her boyfriend, we don’t know his real name), but also what parts of the movie have been Arthur’s fantasy/delusion.  While one is unfortunately quite predictable, there were still times I couldn’t figure out what was real or just in his head.  By this time, Arthur has become his true self, knowing that what he’s been laughing at he’s always found funny.

VIOLENCE, CHAOS AND A SHOCKING ENDING

The violence in Joker is horrific.  This is realistic, in your face brutality.  Nothing like we’ve seen in any Batman movie and Joker easily earns its hard R rating.  By the time Arthur makes it on the Murray Franklin (Robert De Niro) Late Show, things are out of control in the city, yet the title character is calm, collected and has a horrific plan for his TV appearance.  His plan switches at the last minute to an act even more shocking, and the whole scene feels just like how an adult themed Joker is in the comics.  With Gotham burning, Joker’s actions from beginning to end have escalated tensions and elevated him to a low class hero.  Warner Bros. may have been right in making a statement about the movie, though the scary thing about my viewing was nothing in the movie itself.*  This is not a Joker you should want to cosplay as.

Anyone concerned with this not connecting much with Batman shouldn’t worry.  All the Wayne’s make an appearance and when you see a theater playing “Zorro, the Gay Blade”, you know what is coming.  It’s the one connection I wish was left untouched or handled differently.  You can tell Phillips was highly influenced by movies like Taxi Driver based on the look and setting, but I never felt like it was Gotham City.  Rather, it looked exactly like the dirty New York of the late 70’s.

BOTTOM LINE:  SEE IT WITH ON OPEN MIND, IGNORE THE “CONTROVERSY”

I’m amazed that this movie was co-written and directed by Todd Phillips.  It seems polar opposite to his other films I’ve seen.  While I’ve spoiled a lot, there is still much I left out.   I’ll be seeing it again as I have thoughts and theories swimming in my head that require another viewing.

One I will quickly explain:  I don’t think this is the Joker that becomes Batman’s archenemy.  Due to the age difference of Arthur and Bruce, the date (Zorro, the Gay Blade was released in 1981), the different face paint, leads me to believe this might be the man that inspires THE Joker.  Especially considering how he is celebrated by the violent mob in the streets at the end, I can see Arthur as the inspiration for a later Joker.  Also, the movie credits Phoenix as “Arthur Fleck”, with no mention of Joker.  Could be coincidence, but it’s an idea that’s floating in my mind.

Not everyone will like this film.  I already know it from multiple conversations I’ve had.  I read some reviews after my viewing that seemed to not understand or completely miss the mark.  One by The New Yorker actually infuriated me.  Not because they didn’t like the movie like I did, but because they make the movie out to be a political statement.  An attack on “the Left’s” views (gun control, hating the rich, race).  No.  Absolutely not.  That’s just some irresponsibly written bull$!t that injects personal political views o stir up controversy and add more divide in an already sensitive time.  But similar to what Joker says “Comedy is subjective.  No one can tell you what’s funny”, the same applies to movies.  I’m just a geek lucky enough to be a decent enough writer that Stephen lets me contribute to the site.  What I enjoy and get from a movie won’t be the same as what you take away, and that’s fine.  But I loved Joker and highly recommend you see it with an open mind and readiness for a good, creepy psychological thriller disguised as a comic book movie.  Love it or hate it, it will stick with you long after you leave the theater.

*While entering the theater, there was a police officer at the entrance.  Not a security guard, an actual police officer.  It’s scary and sucks that we live in a time when one can’t go see a movie without feeling safe because some idiots can’t grasp reality and will shoot innocent people trying to enjoy themselves.

Joker may not be for everyone, and everyone may not be for this Joker but with an outstanding performance by Phoenix and some well written story, it's worth taking a chance on.