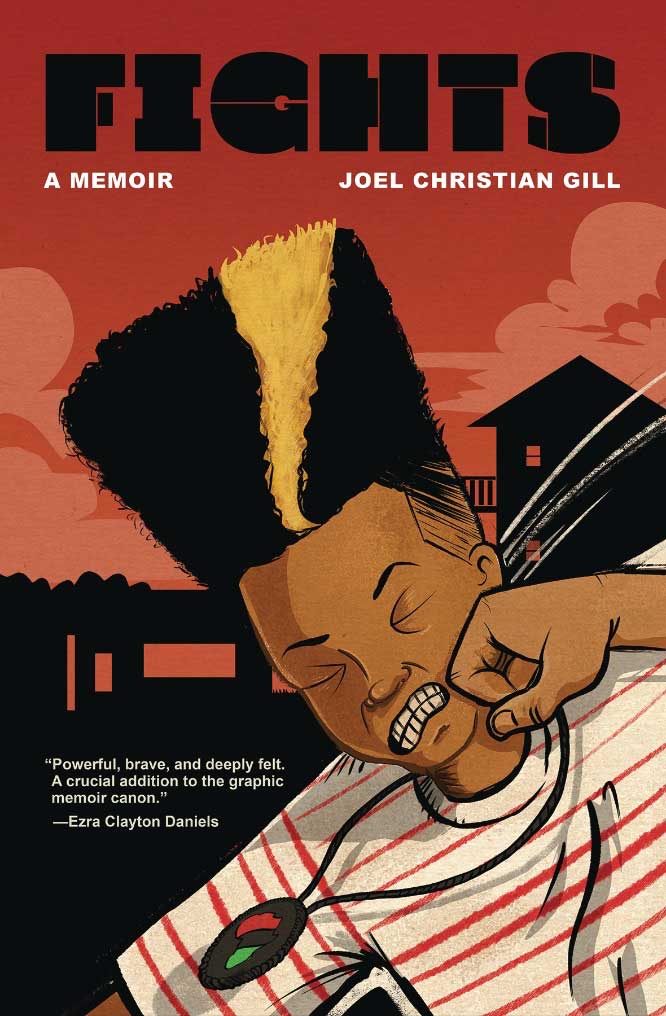 Fights is Joel Christian Gill’s visceral and deeply affecting memoir chronicling his youthand coming of age as a poor Black child in a chaotic southern landscape of rough city streets and foreboding backwoods during the crack cocaine boom of the 1980s.

“Fights is the hardest thing I’ve ever done” says Joel Christian Gill. “However, I felt like documenting the abuse and trauma survived could help others in similar situations. As much as this is personal and terrifying I feel like there is someone out there who will benefit from hearing my story.”

Fights details the young adult life of creator Joel Christian Gill, told through a conversation with his son, bringing him face to face with the decisions he made out of necessity, and how these choices shaped him as a man and a father himself. This must-read memoir arrives in stores in January 2020, and deserves a place on the bookshelves of every parent.