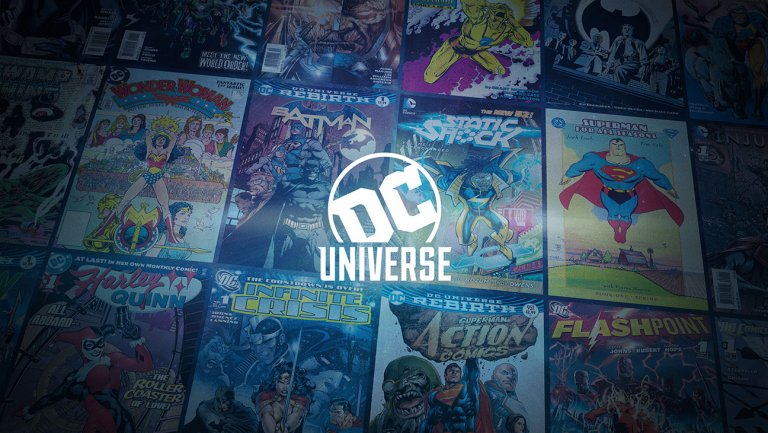 During the New York Comic Con, DC Universe announced two new series for the subscription service for fans of Harley Quinn and Bizarro.

DC UNIVERSE ORIGINAL SERIES AND EXCLUSIVES
Harley Quinn Debuts on November 29!
Executive Producers Justin Halpern and Patrick Schumacker were on hand to officially announce the premiere date for the original adult-animated comedy series Harley Quinn. DC artist Amanda Conner was on hand as well to share her inspiration to create some of the art that inspired the animated series. Her art is featured within the immersive pop-up installation at DCU HQ.

BizarroTV from Blue Ribbon Content
DC Universe announced a new anthology series, titled BizarroTV, that will feature fan favorite characters from the more obscure corners of the DC universe. This mixed media series is coming to DC Universe in 2020. Produced by Blue Ribbon Content, Warner Bros. Television Group’s digital production unit, this new show demonstrates the Television Group’s commitment to create original and compelling programs for the digital marketplace. Blue Ribbon taps into the Studio’s established creative team, while also identifying new and innovative talent to deliver cutting-edge series in the short form format. A showcase of experimental styles and creative voices and visions that will be a mix of live action and animation; deep cuts from the DC portfolio of characters such as Space Cabbie, Ambush Bug, Slam Bradley and the Creeper!

In addition to these announcements, DC Universe also announced plans for an unscripted television show contest, as well as ways the DC Universe will better engage with its fans.

Many DC Universe members are familiar with Jackie Cole as the Community and Rewards Manager and oft-moderator in the DC Universe community. She provided an overview of the new features launching on DC Universe this month. New features will be available to members starting on October 23, 2019 as a part of “Community Week”, a special event for members on the service. It will include special guests and top-notch creators from comics, TV, animation, and more, who will join the fun by participating in Q&As, book club discussions, live Watch-Alongs with behind-the-scenes insights and deep dive explorations of the shows and scripts. Community week will kick off with a Q&A with Titans series star, Anna Diop.

Many thought DC Universe would announce a shut down/fold in with HBO Max, but at this point it doesn’t look like that is happening, so for those of us who have paid for a year of service can breathe a sigh of relief.