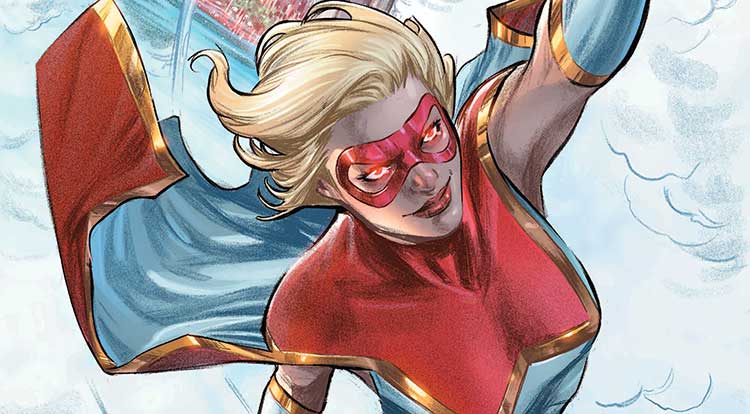 Marvel Comics kicks off a new series in January 2020 featuring Star, the breakout character from the pages of Captain Marvel. Star’s creator, Kelly Thompson will take on the writing duties for this series, but as of this posting, the artist for the series has not been announced.

“The excitement surrounding Star has been really fun to watch,” says Kelly Thompson in a press release from Marvel. “And there’s still a big surprise coming in CAPTAIN MARVEL #11 later this month…and it’s the kind of surprise that sort of DEMANDS a mini-series like this to explore the mysteries surrounding her and her importance and potential in the larger Marvel Universe.”

THE BREAKOUT CHARACTER GETS HER OWN DEATH-DEFYING SERIES!

Ambitious reporter Ripley Ryan was one of the victims caught up in Nuclear Man’s apocalyptic schemes and later became the hero STAR, adored by everyone. But in truth she was Dr. Minerva’s attempt at a Kree-human Super-Soldier. Desperate for the power and strength to control her own destiny, she tried to kill Captain Marvel — and failed. Ripley was left, defeated and powerless, in the Raft. But something strange has happened, and Star now finds herself more powerful than ever before. And no one in the Marvel Universe is prepared for what it means.