Here is the press release we received:

Agent Thomas Cord’s most recent communication was made from the open sea, after acquiring the asset. Our intel confirms that Cord was captured soon after his transmission was made. There is video footage of his capture, subsequent torture and eventual escape from his captors, but Agent Cord has not been seen since and he remains missing-in-action. We have, however, attained the paperback of The 18th Stigmata of Philip K. Verve that Cord was sent to recover.

For 20 years, person of interest and New York Times bestselling cartoonist  REDACTED  has been writing and illustrating creator-owned comic books and graphic novels like  REDACTED ,  REDACTED ,and  REDACTED . Our intel now confirms that  REDACTED , acclaimed artist Wilfredo Torres, colorist Nayoung Kim and letterer Nate Piekos are actively working together, for the first time, on an all new project known at this time only as BANG! Transmissions will begin in spring of next year, on a monthly basis.

Little is currently known about BANG! This we suspect: science-fiction novelist Philip K Verve is the key to the entire thing. Goldmaze will not stop until he is terminated. 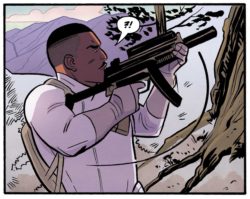 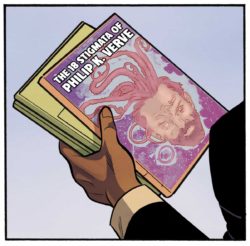 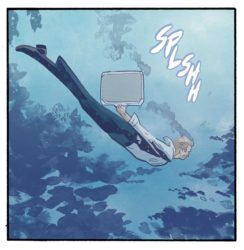 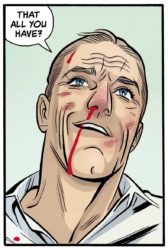 Do you have any guesses on who the writer is?