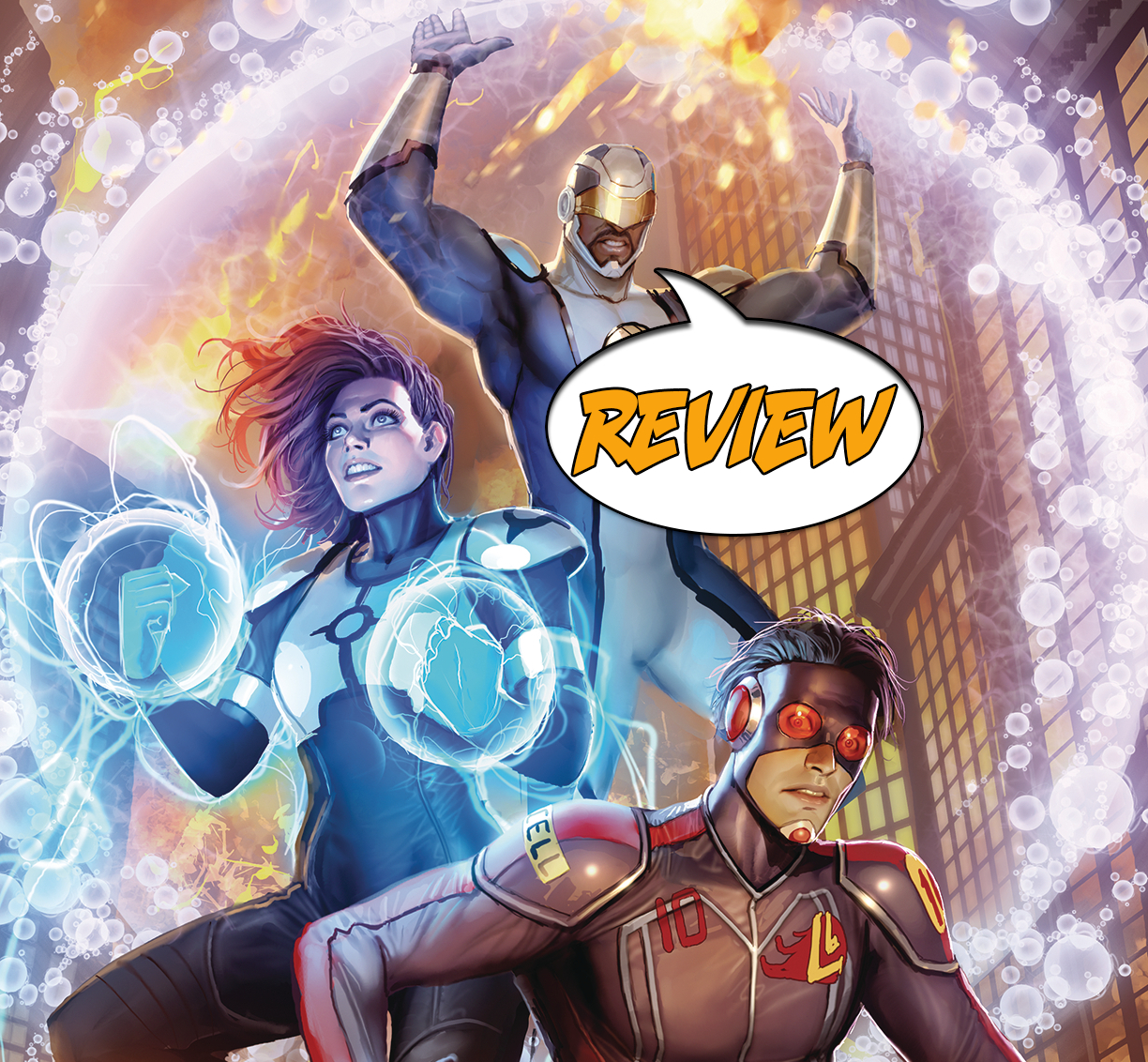 Holy Smokes disaster is coming to the Catalyst Prime Universe. Will heroes like Noble, Accell, and Summit be able to come together before the end of humanity? Find out in Seven Days #1 by Lion Forge Comics! 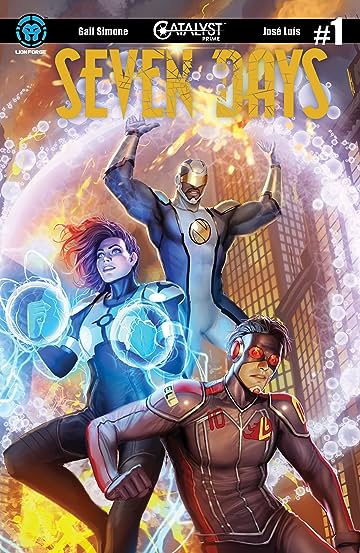 Previously in Seven Days: The Catalyst Prime Universe is about to start a crossover event with a disaster that is reminiscent of The Event that happened two years prior. The Event that brought us heroes like Noble and Summit but haunts the Earth still to this day. Will the Obsidian Men who have appeared all over the world be benevolent or will it be something more dangerous?

UNITED FOR OUR BROTHERS

The book opens with Lorena Payan talking to Dr. Scarlet about what will happen if The Event were to repeat itself. Dr. Scarlet mentions that there would be a huge PTSD issue and full terror; families will be destroyed and there will be mayhem. Lorena then reveals that something is going to happen and shows Dr. Scarlet an Obsidian Man on the premise. We then cut to Camilla, an aspiring journalist, and her friend Tori who is called to check on something that is happening in Dallas. This event happens to be an odd Obsidian Man that has fallen from the sky and it has attracted the attention of heroes like Noble, Summit, and Accell to the scene.

Upon investigating the Obsidian Man, the creature bites Accell and reveals that it has mouths all over its body. We then see meteors coming out of the sky and falling onto the city of Dallas. Noble rallies the people to help with the evacuation effort. It is then realized that the entire world is under attack by the meteors falling from the sky. In a last ditch effort, Noble throws himself at the Obsidian Man and is quickly killed. The Obsidian Men then give a message, you have seven days before we destroy the world.

I picked this book because one of the podcasts on the feed took my first choice and did no prior research. This book is nothing short of amazing. I’m not terribly familiar with the Catalyst Prime universe but the book did a great job of introducing each character to me and the history without dropping paragraphs of texts. I could see their personalities based on how they reacted to each other and spoke. After doing some research on the universe, the world is actually fairly new. Making this a great book to jump in on and catch up with the lore and see something grow from the ground up.

Now, the primary theme that Gail Simone has presented is of hope and despair. Noble in this story and perhaps in the entire universe is a symbol of hope. Nobel says a line, “Would you help this man if he was your brother? Because he is. […] The only way to get through this is if every damn person on this rock is your family, do you hear me?” (Simone) We see the people around Noble rally to him and then we see him die. How powerful is that thought? Noble was written so well that in one short book, I wanted to root for him and ultimately felt terrible when he sacrificed himself. The art was so well drawn that I can feel the sadness in everyone’s eyes. Great work presenting a deep theme in the exposition of the arc.

BOTTOM LINE: I AM SOLD

My first read through this book, I was very surprised to not be confused and I was invested in the story. My second read through, I fell in love. 5 out of 5 for Seven Days #1 by Lion Forge Comics.

Noble was written so well that in one short book, I wanted to root for him and ultimately felt terrible when he sacrificed himself. The art was so well drawn that I can feel the sadness in everyone’s eyes.