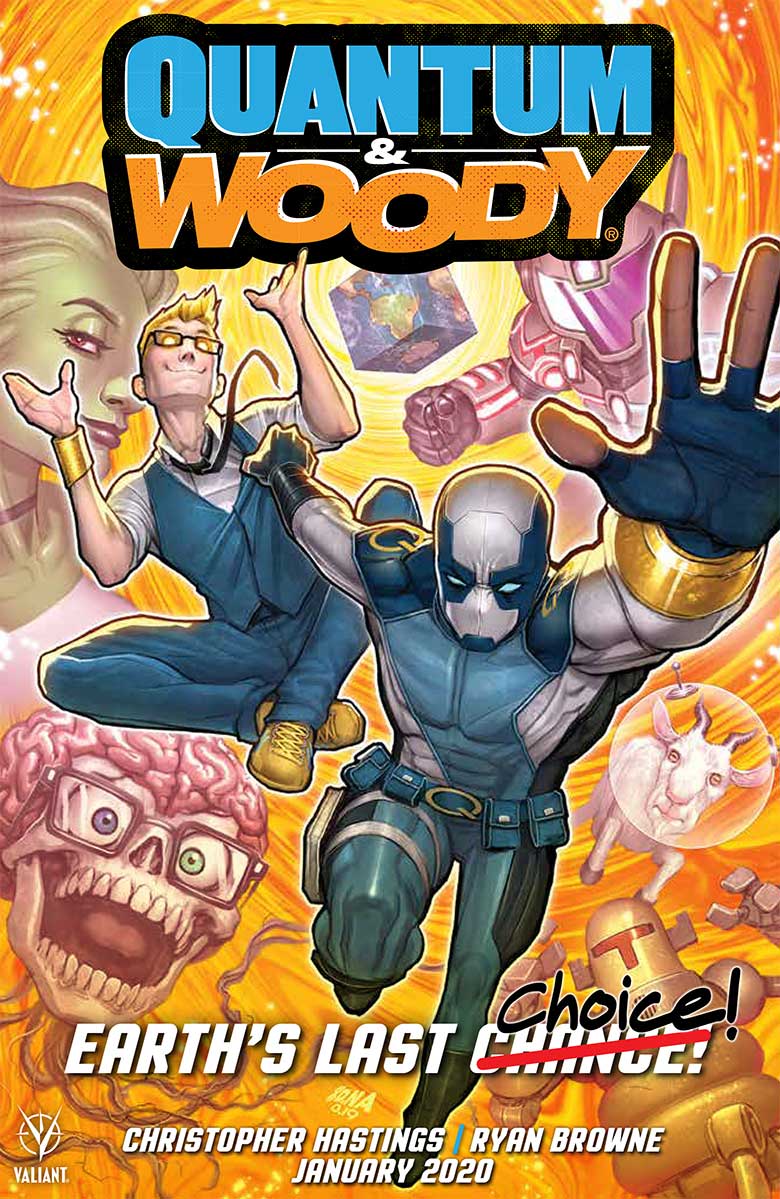 Ahead of the New York Comic Con, Valiant Entertainment has announced the new Quantum and Woody series will arrive in January 2020.

The new Quantum and Woody series will be written by Christopher Hastings, with art from Ryan Browne.

Christopher teased some of the wackiness that awaits readers in a press release from Valiant Entertainment,  “They hunt a serial kidnapper, they clash with a brain monster, they stop government assassinations, they go undercover at a haunted high school, they take on a new mentor, and perhaps most excitingly… they get some new powers.”