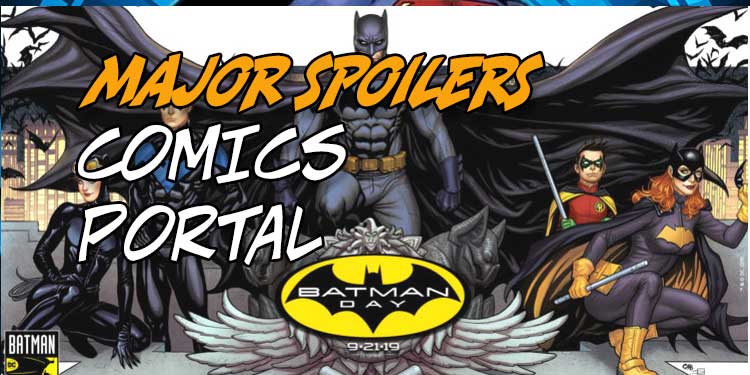 This past Saturday, September 21, was the yearly celebration of DC’s best-known character, Batman. It was also part of the 80th anniversary event for the Dark Knight, and it received a lot of attention.

I was interested in seeing how it would go, especially since Batman has been my favorite hero since I discovered his last name was my first name. Oh, and it was possible, no matter how unlikely, that he was someone I could emulate if I tried hard enough!

I know of several stores that held parties celebrating the Dark Knight on Saturday, and they included all kinds of recognitions including Bat-title sales to costume contents to trivia games.

I happened to be at yet another convention this past weekend, Ancient City Con in St. Augustine, Florida. Of course, I was there to help Stabbity Bunny creator Richard Rivera sell his wares.

What was something of a downer was that this convention wasn’t really a comic con. I still wore one of my Batman t-shirts, and I saw several other folks doing likewise. I was glad that the event didn’t have “comic” in its name, and the con focused on cosplaying and other genre-related functions. Still, it was the 12th year for this con, and there were many new fans in attendance. In fact, one family told us this was the biggest convention they had been to, so I was very happy for them!

Probably the big highlight of the day was that DC had arranged for the Bat-signal to shine on several important buildings around the world. It was cool to see that take place in honor of the Dark Knight, and it did point out just how big the Dark Knight Detective has become. Another thing I really enjoyed was the way creators and fans took part in the day was when they posted art that either they had created or was made by comics pros they respected.

It was a lot of fun to see Batman through the eyes of several people I hadn’t previously associated with the Dark Knight and those I had, including Matt Wagner, Alan Davis, George Perez, Tony Parker, Rich Woodall, and Alex Saviuk, just to name a few.

I also noticed that some fans took advantage of this event to show their continued admiration for Adam West, known by some as the “Bright Knight” due to his portrayal of the Caped Crusader.

ComiXology had a big sale that day, with up to 89 percent off Batman items, among other things. I’m sure this was a big boon to new Bat-fans, but I already had most of what I would have wanted in digital formats, so it wasn’t my favorite way to celebrate.

Also, DC Universe sold a new t-shirt for fans to pick up, and I liked it well enough. However, I already have a great many Bat-shirts, so I didn’t partake that way, either. They did show a new episode of Titans on Friday night, and they had a lot of Bat-shows to watch again, which I did enjoy!

WHAT MAKES BATMAN SO POPULAR? When events like this take place, I think back to what it was that attracted me to the character.

I touched on some of it previously in this column–the fact that almost anyone with the devotion and resources Bruce Wayne had, could become Batman as well.

We’ve all experienced loss in our lives, some more than others. Batman’s motivation is something I can understand, and that’s his striving to make sure no one else has to endure what he’s gone through. I didn’t quite understand what Bruce had experienced until finally both my parents had passed. The world was a very different place, one without their guidance and shelter. When this took place in my life several years back, I could only imagine what a young boy would go through when his parents were no longer there.

Granted, I also like the technology he uses. I’m big on many of the versions of the Batmobile, for instance. His utility belt, something he rarely uses these days, was also something I felt was important to his appeal. He thought ahead, was a master planner, and could even take down Superman if he had enough time to figure out how to make it happen.

Another aspect of Batman that doesn’t get much attention today is his ability to solve crimes as a detective. I always respected his ability to sort out the clues and find the perpetrators by learning all he could and finding connections among the facts.

Yes, there have been low points in Batman’s career. When Nocturna was involved with the Dark Knight, that was part of a time that I’ll always regret as a Bat-fan. No one was happier than I was when she floated away in a hot-air balloon into an endless red sky. We have seen her since then, but she hasn’t regained her status in Batman’s life. I say, good riddance!

Now, Batman has been big from his Adam West days through the various movies focusing on him. That he has such a wide appeal is part of his mystique.

On the other end of the spectrum, the years when Scott Snyder and Greg Capullo told Batman’s adventures will be a gold standard that every creative team will be compared with for years and years to come.

I’m happy to hear that James Tynion IV will be writing the Batman title starting in January of 2020. He did a great job in Detective Comics, so I’m certain it will a great time that I’m looking forward to.

As long as DC continues to keep the Batman storytelling at the same high level they’ve done for the past several years, the Dark Knight will continue to be the tremendous hero he is now. So, I hope you had a great Batman Day this year and will continue to enjoy them for years to come!

What do you think? Is Batman at a high point in his existence? If so, what changes should DC make? Whatever your opinion, be sure to share your opinion and thoughts in the space below!