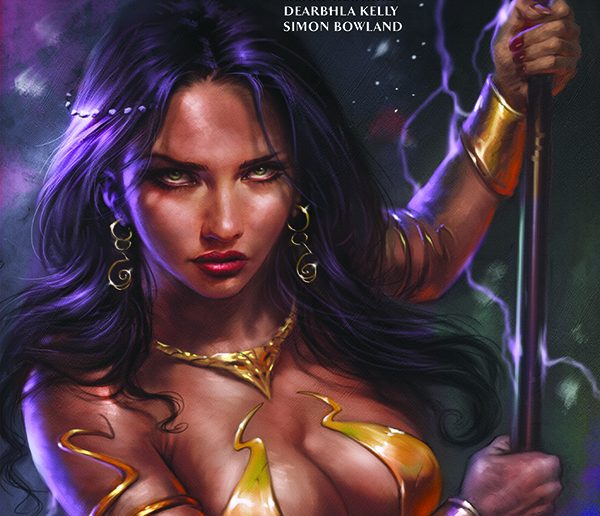 Dynamite Entertainment has announced a new Dejah Thoris series is launching in December with writer Dan Abnett and artist Vasco Georgiev at the wheel. Barsoom has always been a dying world, teetering on disaster, but it may be closer to death these days. Dejah Thoris has been many things in life; a wife, a mother, royalty and an adventurer. Now her role as a scientist must take center stage, as she attempts to investigate why her homeworld is freezing. Other skills come into play when it’s discovered that political factions may be hiding the secrets of this global catastrophe. Glittering palace intrigue and visceral adventure abound in this new series, as Dejah joins her fellow Women of Dynamite “trinity” of Vampirella and Red Sonja.

“I’ve been a huge fan of Edgar Rice Burroughs’s Barsoom stories since I was a kid – without question a fundamental cornerstone of Science Fiction, and an inspiration for so much of the cosmic wonder that we love today,” said writer Dan Abnett in a press release from Dynamite Entertainment. “I jumped at the chance to write a saga in that world. It’s a dynastic epic of intrigue, action and adventure, with Dejah at the heart of it, and we’ve got an amazing art team to bring it to life.” 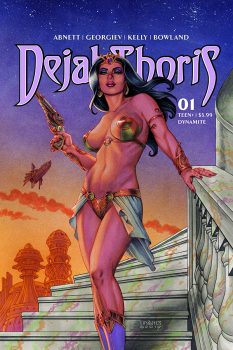 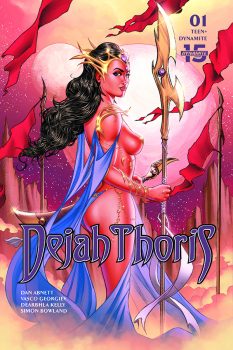 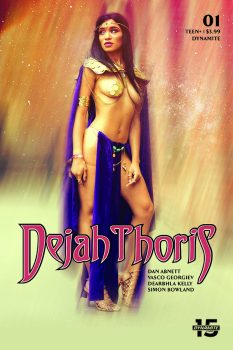 Dejah Thoris #1 is scheduled to arrive in December 2019.