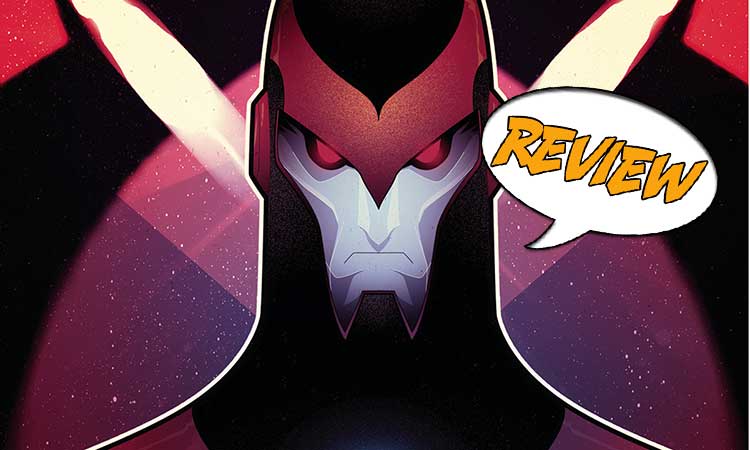 Lou, the astral projecting cat, has a mission: Find a specific alien species. But will his job be the end of him before he can complete it? Your Major Spoilers review of Strayed #2 from Dark Horse Comics can be found… after the jump. Previously in Strayed: Lou is a cat who can astrally project himself across the universe.  He also has a telepathic link with his owner Kiara. Both have found themselves in the employ of a shady government who is using Lou’s power to find distant lands with resources and primitive civilizations that they can colonize, subjugate and strip. As much as Kiara wants to leave with Lou, she knows the only way she can keep him safe is to keep going.

IN SEARCH OF FLOWERS

Strayed #2 opens with a montage and three different inner monologues. Kiara, Lou, and Major Williams take terms explaining what they’re doing, why they’re doing it, and how they feel about it.  These thoughts are presented with the backdrop of a repeating series of events. Lou finds a planet, discovers that it’s inhabited, sees that it has a Flower (which is described as an energy source), the military shows up and brutally colonizes the planet.  We see this same pattern three times before the issue’s credits. Kiara runs a medical scan on Lou and discovers that the constant astral projecting is taking a toll on Lou and he needs rest. Elsewhere, Major Williams has a conversation with his boss Premier Feely. Major Williams explains that they have found three of the Flowers but not the creators of them.  Feely pushes Williams to speed up the process and explains why he wants to discover the origin of the flowers so badly.  Major Williams orders Kiara to push Lou harder to find the creators of the flowers, to her objections. He then promises that as soon as they find what they’re looking for, he’ll sign her and Lou’s release papers.  Kiara urges Lou to try harder so they can go home.  Lou searches harder than ever and to his surprise finds someone who seems to be not only aware of him, but can speak directly to his astral self.

The thing that really stuck out to me with this issue was how little actually happens in this issue. With only maybe two major plot points being revealed, the fact that Lou’s health is failing and the ending, so much of this book is devoted to monologuing.  The problem is that the monologues don’t feel particularly good. Kiara’s is basically just a narration of what’s going on in the story, Major Williams’ is just a recital of a zealot’s creed.  Lou’s inner voice is the standout here. It’s fun, a bit child-like, and endearing.  Premier Feely’s turn at monologuing is really a letdown.  So far he’s a run-of-the-mill villain who’s motivation is the standard “for the betterment of humanity” schtick. This issue just ultimately feels boring due to there being just not much happening.

Strayed #2 has some nice art. The characters are exaggerated in not a grotesque way, but in a cartoonish way that’s fun to look at. Major Williams is basically a set of shoulders with legs, Premier Feely is elongated in a way that made me think of Aku from Samurai Jack, and Lou is drawn like a fluid mass of fur that’s constantly shifting, but remains recognizably feline. The best art though is in the scenes depicting other planets and their inhabitants. All the alien races are imaginative and interesting to look at and the planets are covered in vivid, colorful, landscapes.

Nothing in Strayed #2 is necessarily bad, with the exception of Premier Feely, it’s just that there isn’t much going on here. There is a decent amount of character development here, just none of it felt particularly important or unique. The ending seems to be setting up an interesting addition to the story but the rest of the issue just comes off as stalling until that plot point can unfold. 2.5 out of 3 stars

Strayed #2 is carried by the premise of the series as a whole. This issue is utilitarian in the sense that it only seems to exist as a way to bridge the opening issue to a more interesting story on the horizon. With that being said, the issue is also saddled with an uninteresting antagonist, but is buoyed by a fun, adorable, astral projecting cat.