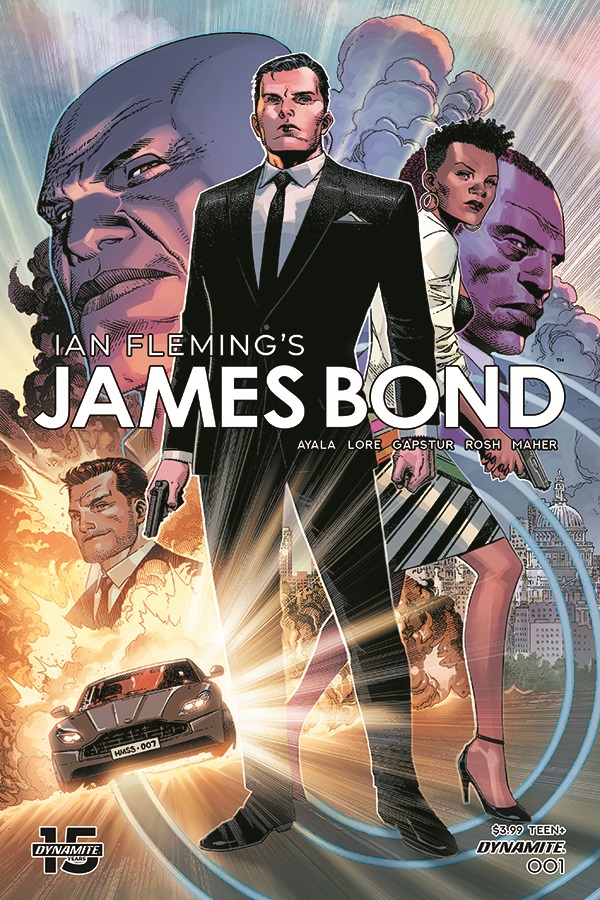 Dynamite Entertainment is kicking butt with its multiple James Bond series, and in December, the publisher will release James Bond from writers Vita Ayala and Danny Lore, along with artis Eric Gapstur. When a priceless, iconic piece of art is deemed a fake, an entire Pandora’s Box of international crime and corruption unfolds. But is Bond out of his element or right at home in this world? Art forgery is glamor and splashiness, yet it’s also subtlety and sleight of hand. All arenas that James has some expertise in, except for the knowledge…

In addition to the previously mentioned creative team, Dynamite also let us know that there will be only one cover per issue from artist Jim Cheung. Be on the lookout for the new James Bond in December!