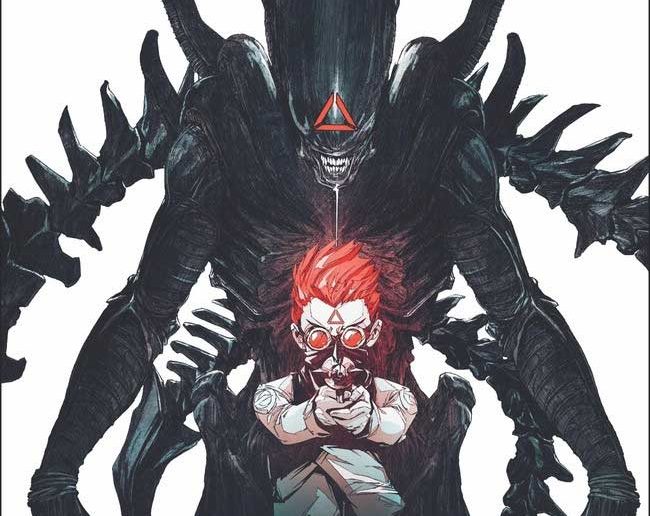 Dark Horse Comics has announced a new Aliens vs. Predator series that will burst through our chests in December 2019. Alien vs. Predator: Thicker Than Blood will be written by Jeremy Barlow with art by Doug Wheatly. Alien vs. Predator: Thicker Than Blood kicks off when Predators board a luxury charter spaceship, unleashing a path of terror and bloodshed. An adolescent girl and her younger “brother” are the last to survive, and begin a cat-and-mouse chase with the attackers. They hope for an escape, but they haven’t counted on the Alien . . .

This could be a really good book for Dark Horse (and for Alien vs. Predator fans). Aliens vs. Predator: Thicker Than Blood #1 (of four) arrives on December 11, 2019.