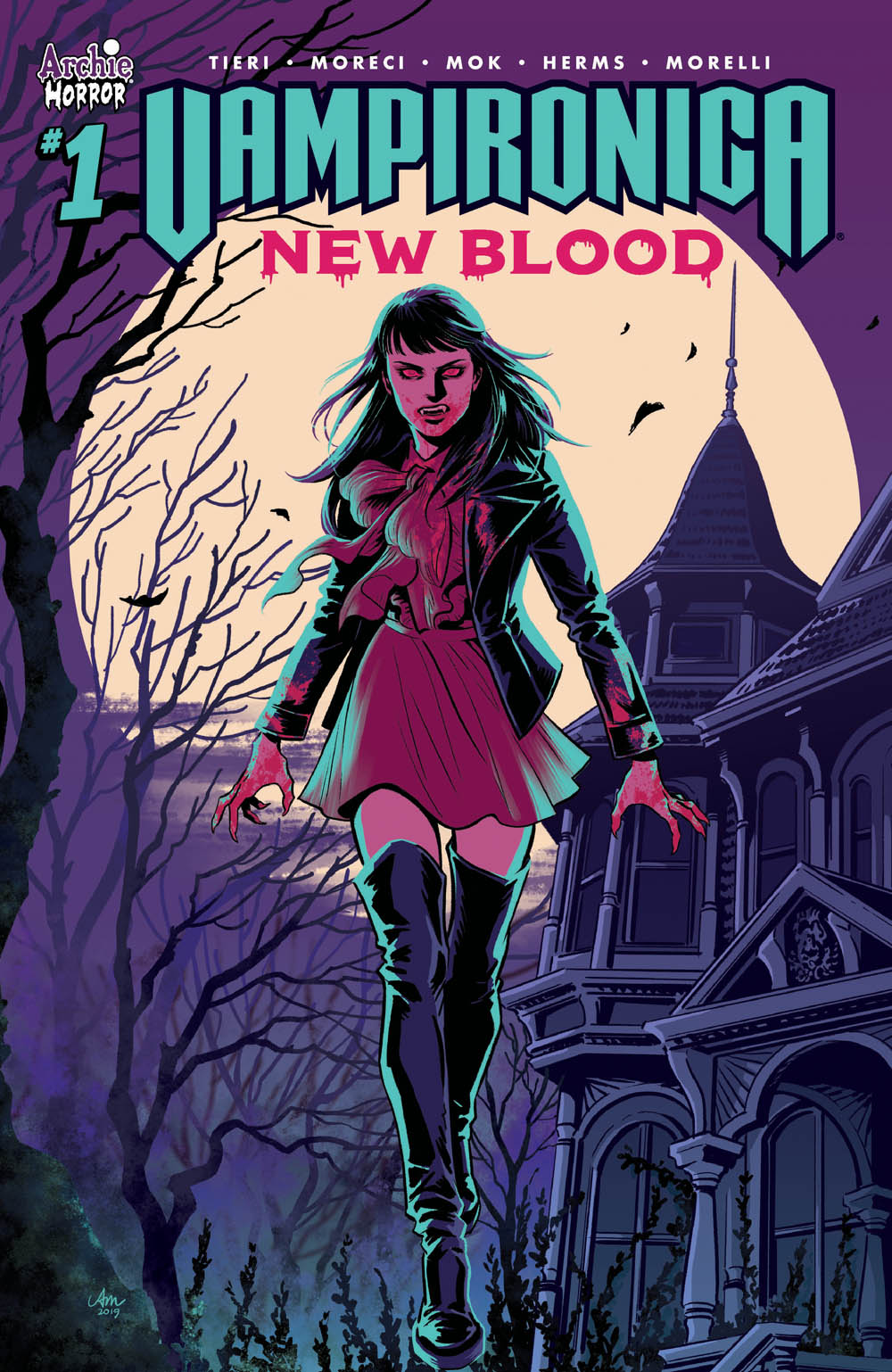 Though she is fighting in the pages of Jughead: The Hunger vs. Vampironica, Archie Comics has announced Vampironcia: New Blood, a new mini-series from Frank Tieri, Michael Moreci, and Audrey Mok. In last year’s VAMPIRONICA, Veronica was turned into a creature of the night by an invading horde of fanged monsters, and the vampire slaying anti-hero has been put through her paces in the multiversal crossover JUGHEAD: THE HUNGER VS. VAMPIRONICA which concludes on October 9. NEW BLOOD spins out of the shocking events of that issue, with Ronnie back in her own world trying to deal with the ramifications as new monstrous threats rear their (very) ugly heads.

“JUGHEAD THE HUNGER VS. VAMPIRONICA #5 really changes everything,” Tieri said in a press release from Archie Comics.. “How does she deal with this shocking revelation now that she’s back in her own reality? And what other Lodge family secrets has she been kept from? It all comes to a head in our first arc as what she uncovers may lead to nothing short of an all-out full-fledged vampire war. So yeah, I guess everyone can see we have some big plans for this book . . . plans that’ll change Vampironica’s world forever.”