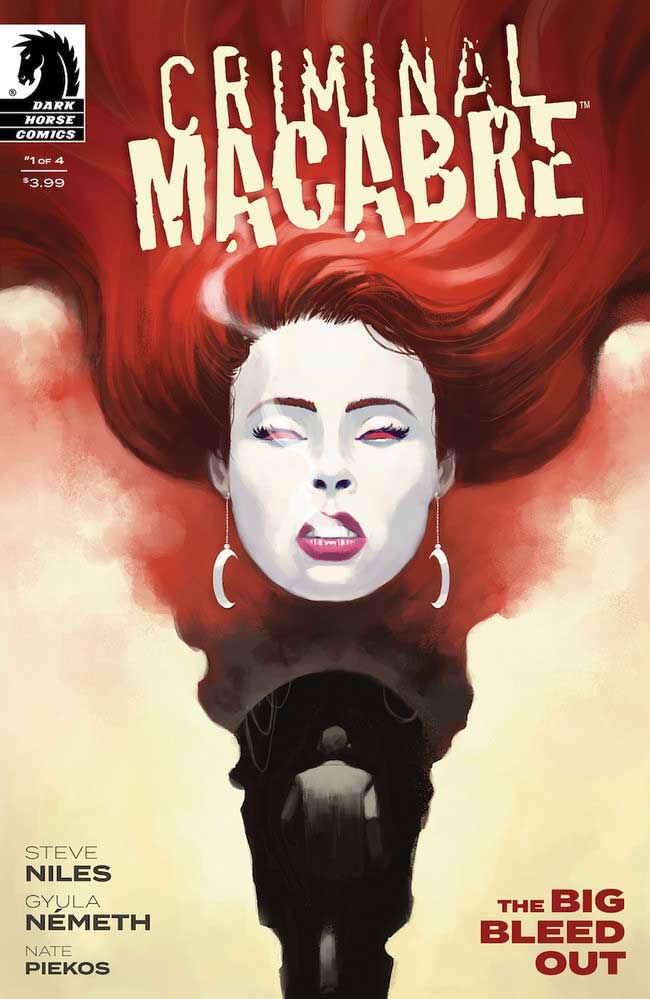 Dark Horse Comics has announced Steve Niles and Gyula Nemeth are teaming for Criminal Macabre: The Big Bleed Out. Criminal Macabre: The Big Bleed Out starts when supernatural detective Cal McDonald, found wandering the streets as a disheveled vagrant, is ripped from his self-imposed retirement to resume his monster-killing career.

But Cal is reluctant to return to the fray. What has the hard-bitten investigator so shaken? It’s a long story that begins with a beautiful woman who happens to be a vampire…and ends with a bang.

“I’ve been writing Cal McDonald since I was in my 20’s and to this day he is the most fun to write. I couldn’t be happier to see him come back with Gyula Nemeth doing the art. I think fans of Cal will be pleasantly surprised and hopefully a little horrified,” said writer Steve Niles in a press release from Dark Horse Comics.

Criminal Macabre: The Big Bleed Out #1, the first part of a four-part mini-series, is scheduled to arrive on December 11, 2019.