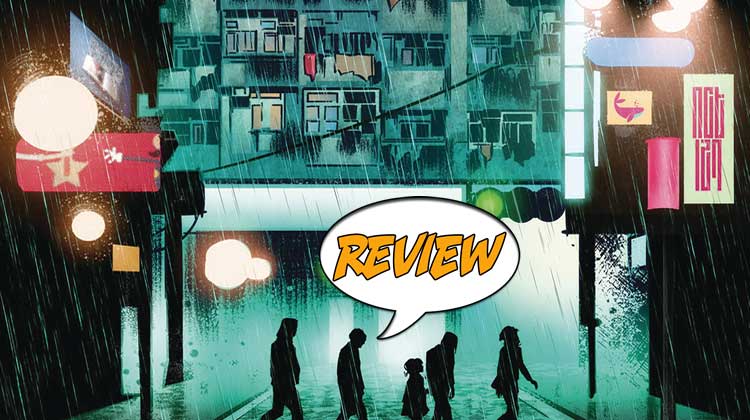 What would happen if people truly started to exhibit superpowers? Would most persons be afraid of them? Would the government have to step in and learn about them? Would they need to be separated from everyone else in order for peace and security to be maintained?

That’s the premise in Category Zero, which should not be confused with Section Zero, an entirely different (but another great) comic! SOLICITATION:  As Sanaxus steps up the manhunt for the One-Percenters that escaped Eden, one of the groups being hunted finds themselves making new friends in the city. Meanwhile, Neve and the others try to come to terms with the harsh reality of their new situation at Omega, and Freya proves that she can handle herself!

A DIFFERENT TAKE ON ONE-PERCENTERS

My favorite stories these days look at “what if?” You know, what if some of the people around you were found to have extra-normal abilities? Would you want them to roam free, or would you feel that the government would need to step in for you to feel safe around them?

In Category Zero, there are very different “One-Percenters” than many refer to today. Instead of being the ultra-wealthy, they are the enhanced among us, people who have the capacity to do great things but who are being kept away from the main population in order for the average people to feel safe and secure.

Initially, it appears that the One-Percenters are sent to segregated communities where only they can live. They can receive visitors once in a while, but everything is regulated, and then some!

However, it doesn’t take long before we find out that many of the One-Percenters are being hidden away in secret locations and being studied, among other things.

What makes this book different from Marvel’s X-Men, for example, is that these people are average, everyday persons, not the beautiful teen models or super-intelligent folks that fill that comic’s pages. They are literally dragged from everything they know and locked away, only have other One-Percenters to talk with, if at all. These people are much more human than the ones found in other books. That opens the doors for this title to go places “no mutant has gone before.”

A perfect example takes place in this title, with Freya, a teen girl who has ice powers, is being sprayed with cold water to keep her powers under control. When a guard stops the water, she makes it seem that she will do literally anything to keep that hose turned off. However, she uses her abilities to take out that guard in a way that will likely keep him away from her forever. Pretty graphic, I must say, but very realistic, seems to me.

The armed force seeking the One-Percenters is called Sanaxus, and they are feared by everyone. When a group being hunted tries to stay with one guy and his sister, he allows them only to stay one night, saying, “Sanaxus is exactly why I want them gone by morning.”

It’s a dark tale that moves quickly, with vibrant characters facing terrible situations at times, so we care about these people. What will happen to them keeps us on the edge of our seats, turning the pages as quickly as we can to see what happens next.

I like the solid art that Lima provides in each issue. As always, I check the facial expressions, and they are strong ones that often add to the story instead of needing to be explained. Then, too, the action sequences deliver as well, so the art moves the story forward appropriately.

The coloring is subdued, and I’m sure that’s to match the tone of the story. There are few very bright colors to be found, with most pages using a darker palette to keep us wondering what will take place next. It’s a great match for the script!

What I really enjoy about Category Zero is that it brings home the questions of diversity more powerfully than X-Men, in my opinion. The One-Percenters never wanted their abilities, but since they’re not groomed to use or hide them in any way, they often can’t help but be caught and examined. It’s something we all need to be aware of, especially these days.

Next issue apparently is the last of this current miniseries, and I doubt all the plot threads will be resolved then. Of course, now that I’m involved in the story, I want to read more! I’m hoping this book will sell well enough for the creators and Scout to bring us further stories about these people, including Freya, who I really like. She’s a typical teenager on many levels, and her use of her abilities is creative yet deadly. Others don’t have that level of ingenuity, so they are more of a mystery or a problem, depending on how you look at it. But Category Zero is a great study into our potential inhumanity to others around us, something we always need to be reminded about.

What I really enjoy about Category Zero is that it brings home the questions of diversity more powerfully than X-Men, in my opinion