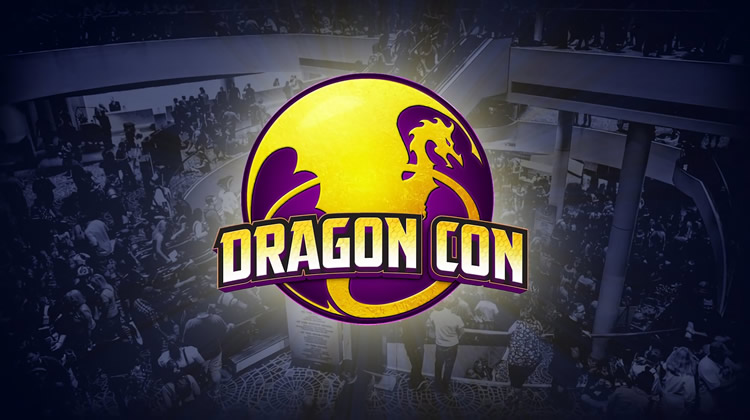 Apologies for this week’s column being late, but a hurricane and a high-octane convention conspired against me!

Just when I thought I’d seen everything possible in the comic con universes, along came DragonCon! I had heard it was crowded in the past, and there were a lot of people there, but the benefits far outweighed any potential inconveniences!

SO, HOW WAS DRAGONCON? I have to admit up front that this was my first DragonCon! I’ve been to cons all across the USA, from Seattle to NYC, but not many have been in Dragon Con’s league!

This con took place in several buildings in Atlanta, and many of the buildings featured events on several floors! Once again, I was helping Richard Rivera from Stabbity Bunny at his booth in the Comic and Pop Artist Alley on the fourth floor of Building 2 of the AmericasMart complex. This area was largely the comics hub of the con, with the floor a mix of everything from comics pros to talented amateurs selling their wares as well as panel discussions on a wide variety of related topics.

Now, that floor alone would be the envy of many smaller comic cons, with George Perez, Marv Wolfman, and many others I could name drop, to Indie comics creators from the region and beyond. If that had been all DragonCon was, I would have been happy!

But that was only part of the festivities. Below the fourth floor were three, count them, three levels of vendors selling all kinds of items fans would love to have. Some of us worried that fans would run out of gas (and money) before they hit our floor, but I didn’t notice that happening. Many fans planned out their time do they could include as much of what they were interested in as possible.

And this was only one of the buildings in DragonCon! There were multiple floors in several other buildings, including at least two other AmericasMart buildings. Each floor very likely could have been it’s own convention, focusing on everything from gaming to cosplaying to music and more. I couldn’t begin to see it all.

I didn’t see the parade on Saturday, but I did see the people along the streets waiting for it to start! Not many cons have parades!

I noticed that many of those attending had been there many times in the past. That’s a sign of a con with tremendous support from its community. And many of them were already making plans to be back in 2020. Nice when a con can depend on fans like that!

It was like a fan city for four days! I was truly impressed, and that’s saying something with my con experiences! Wow!

As Dragon Con was wrapping up, news came across my iPhone that record numbers of pop culture fans had attended this year’s event. It had attracted a record 85,000 people for the five-day celebration and raised more than $110,000 for its official 2019 charity, American Heart Association’s Georgia affiliate. What I discovered was an event well organized wherever I went.

I got to interview three comics creators for my podcast, and they all went well. Did everything go according to man? No, but people were able to roll with the punches to make things happen.

One thing that caught my attention right away was that the con ran tours the day before he can began. I had scheduled to be in the one for the press, but setting up the booth ran longer than expected! Next time!

I also checked out the con’s Facebook page, which hosted photos from several events I didn’t get to attend, I particularly enjoyed seeing the photos from David Tennant’s encounters with fans. Many were very funny, and reminded me of Jason Momoa’s fun I tired with fans. I’m glad those are not just stale and posed shots… unless that’s what you prefer! One of the highlights of the con took place on Sunday night at a nearby mall’s food court. We sat with friends and two great genre fans we had spoken with earlier in the day.

For the next hour and a half, we talked comics and TV while we ate. Fun!

That’s part of this kind of event – you meet people with similar interests, and it’s a joy to get to know each other. We’re already making plans to meet up next year at the same time and place!

I’m sure this was not a unique experience. Friendships were developing all over Dragon Con!

I know there already is an Awesome Con, and I’m sure there is likely already a convention already called this, but if DragonCon ever needs to change their name, I’d recommend calling it Astonishing Con. Good surprises and fun happenings all over the place!

I often debate the value of large cons versus small ones, but Dragon Con is a strong argument for bigger cons. So much to do and see! This time, I barely scratched the surface! It may take a few years to take in all I want to get to, but I’m ready to give it a try!

Let’s face it – conventions remain an important part of the comics industry. And Dragon Con is a clear indication that this will continue for some time to come! I often say the NYCC is my favorite con, but Dragon Con is now a clear contender for that title!

What do you think? Have you attended Dragon Con? If so, was your experience similar to mine? What could they or other cons do better? Whatever your opinion, be sure to share it in the space below!