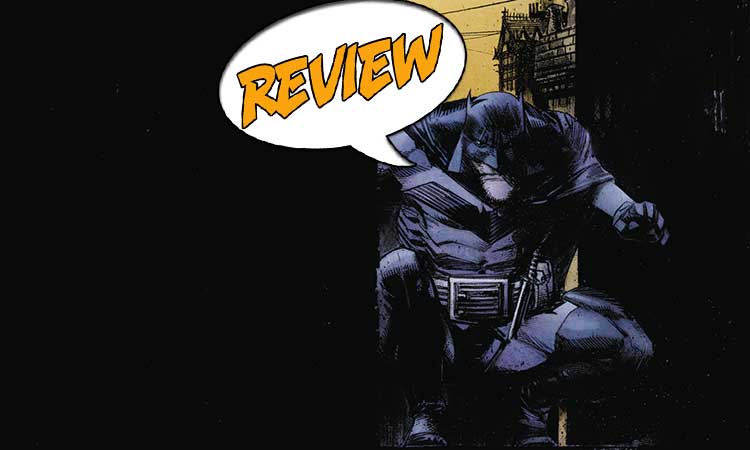 Batman faces blackmail by the elites of Gotham City.  The Joker sits on the city’s Council.  Jim Gordon is running for mayor.  And Azrael is back on the scene.  What does all this mean for our favorite Caped Crusader?  Find out in our Major Spoilers review! BATMAN CURSE OF THE WHITE KNIGHT #2

Previously in Batman Curse of the White Knight: Sometime in the future, Batman struggles with his desire to unmask himself to the people of the city he protects.  With the Joker recently deposed as a Gotham City councilor, he lurks in the shadows, waiting to strike.  Azrael re-emerges from obscurity, ready to cleanse the city of the evil it faces in one last mission.  Finally, events from the past return to influence the  present, as the echoes of old betrayals spill out into the daylight.

Batman:  Curse of the White Knight #2 is a high-octane story that unmoors itself from previous continuity by setting itself far enough in the future that anything that happens cannot have any adverse impact.  In doing so, writer and artist Sean Murphy has constructed an at times bombastic, shouty issue that despite its willingness to dial everything up to 11, is still an entertainingly told story that has many memorable set pieces.

First, the art.  Murphy’s composition is striking and often overwhelming.  Bruce Wayne/Batman and Azrael are barrel chested freaks who frequently dominate their scenes.  There’s not much light or shade in the characterization we see through the art – Wayne’s grim visage is a constant, as is the ascetic certainty of Azrael.  That said, each panel is full of effective imagery, with excellent use of light and shade in the art to highlight particular aspects.  For the most part, the art is a dull wash, but when colorist Matt Hollingsworth is unleashed, particularly when Azrael dons his costume, the art really comes alive and pops from the page.

Murphy’s art can also make you laugh.  There’s an amusing scene where the Joker storms Jim Gordon’s campaign launch speech.  The Joker dons a pair of glasses and a fake moustache, mimicking the commissioner, and there’s a panel that could almost be taken from a Berkley Breathed strip, with the grinning Joker staring straight at the reader.

Those patches of light aside, it’s no surprise that Murphy’s story is a grim affair.  Gotham City’s corruption runs rampant, forcing Gordon to abandon his apolitical position in a run for the Mayor’s office.  Even Batman can’t escape the corruption, when a leader of the so-called Batman Devastation Fund storms into Bruce Wayne’s office and blackmails him into not revealing his true identity.   Throughout the issue, there’s a sense of barely restrained chaos banging at the door, with the city ready to spiral into anarchy if given just a hard enough nudge.  It’s this that gives Batman:  Curse of the White Knight #2 its energy and sense that anything could happen at any time.

The addition of Azrael to the story brings with it a sense of history to, going all the way back to the founding of Gotham, as depicted in issue 1.  Jean-Paul and Bruce Wayne’s ancestors were tangled together several hundred years ago, with a falling out that reverberates through to the present day.  These scenes from the past are especially entertaining, as an ancestor of Jean-Paul’s convinces an ancestor of Bruce Wayne to travel to the New World and claim his inheritance.  There’s enough sword fighting and ninja action on display to warrant a separate series for the two characters.

BOTTOM LINE:  A grim and gritty Batman story is nothing new.

Batman: Curse of the White Knight #2 is another in a long series of Batman stories that Frank Miller is responsible for helping to inspire.  True, there’s nothing especially revolutionary going on here – any story that features the Batman and the Joker will share the same ideas and tropes.  But it is the vividness of the characters and particularly the art that lends this issue a vibrancy all its own, and for that (despite all the shouting) we can be thankful for.

Batman Curse of the White Knight #2

Ancient betrayals and modern day threats slowly begin to merge in a crackerjack story that threatens at times to run off the rails with its own exuberance. Fundamentally, though, Batman: Curse of the White Knight #2 is another excursion into the grimness of Gotham City, and the colorful characters that populate it.