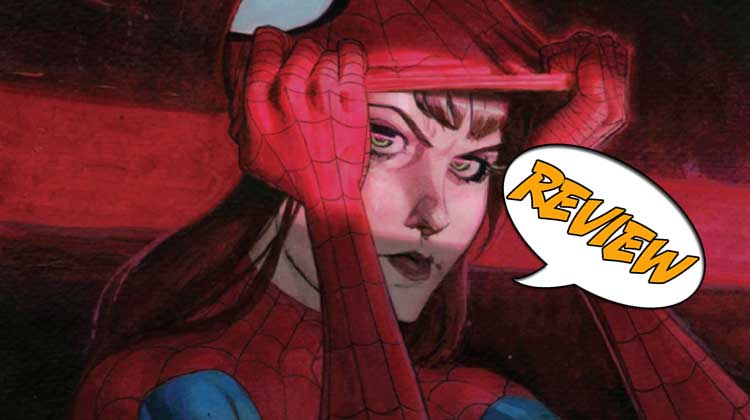 I get it—MJ is getting her own title before long, so why not give her some love in a Spidey comic?

Honestly, there’s no one better at focusing on the Wall Crawler’s supporting cast than the team on Friendly Neighborhood Spider-Man, in my opinion. And they do a great job on this issue with Mary Jane as well! SOLICITATION:  We haven’t seen Mary Jane Watson since #1, but that’s about to change with this almost ALL-MJ issue! MJ saves Spidey, helps Aunt May and basically saves the day. Face it, readers, you just hit the jackpot.

NO LONGER A DAMSEL IN DISTRESS!

“My damsel days are long behind me.”

That sentence represents this whole issue, and MJ says it to someone running away from a troll in the New York subway.

I’ve always wondered why people, particularly women, who hung around with heroes never seemed to pick up any pointers or ways to take on the baddies while keeping themselves safe. Well, MJ is the best at this so far in all my years of comics reading. She’s funny. She’s intelligent. She’s quick on her feet. Oh, and she looks good doing it, too!

Peter Parker has literally run himself into the ground trying to save others, so he goes to see MJ with breakfast after a night of fighting a troll left over from “that Asgardian thing.” When he actually rests his head on a table and passes out, MJ gets him into bed and promises to keep the city safe until he wakes up.

A particularly touching sequence is when MJ helps Aunt May pick out wigs so she feels better about her appearance after being May has been diagnosed with cancer. Riding the subway back after this, MJ encounters that other troll underground.

When webs entangle the troll, MJ scolds him by saying he was supposed to be sleeping. It’s another funny bit when she realizes who she’s actually talking with.

On the last few pages, the dialogue is especially witty if you paid attention to the first several pages.

If you haven’t read a Spider-Man title in a while, I’d recommend this issue. Or issue #6 in which Spidey gets a sidekick, apparently. Both are self-contained stories that touched me, and I believe they will touch most readers, too.

Cabal again delivers a strong issue’s art, with expressions that often add to the story instead of needing to be explained. Then, too, the action sequences deliver as well, so I think the art just continues to get better and better each issue. And I say that after really enjoying the first few issues, too!

When it’s dark, that is happening for a reason. When it’s light, it’s really bright! In many ways, that exemplifies Peter Parker’s life, so I’m loving this!

This issue makes me want to check out MJ’s own title when it appears. I hope the creative team there has taken notes from this issue, and will use them to make Mary Jane sparkle in her book. Until then, Friendly Neighborhood Spider-Man will continue to be a monthly favorite of mine, still the only Spidey book I buy! Mr. Taylor, you continue to spin great yarns, so please keep it up!