The critically acclaimed horror-mystery comic begins a new story in the world of Bloodborne! A traveller arrives in Yharnam, seeking the city’s fabled medical knowledge… only to discover more questions than answers, as time itself seems to split and tear in Yharnam’s streets. The third arc begins in the official Doctor Who comic, as the Doctor meets her childhood hero – the Time Lord known as The Corsair! From Eisner-nominated writer Jody Houser (Mother Panic, Stranger Things, Star Wars, Faith, Spider-Man: Renew Your Vows)! The world calls out for a true superhero! Unfortunately, it got the wrong number, and Tank Girl answered! The second story in Tank Girl’s ongoing series begins, as original creator Alan Martin and fan-favorite artist Brett Parson unleash fast-paced and foul-mouthed hilarity! The first original comic series set in the iconic neo-noir world of Blade Runner! Detective Ash is a veteran Blade Runner, set on the trail of a kidnapped child in the streets of Los Angeles, 2019 – but as the bodies mount and Replicants crawl from the shadows, Ash’s own secrets come under fire! 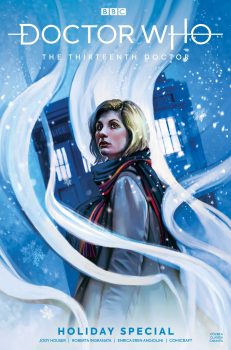 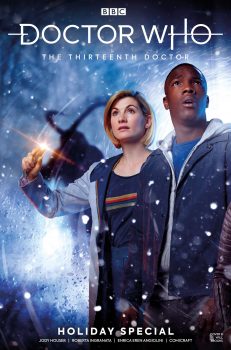 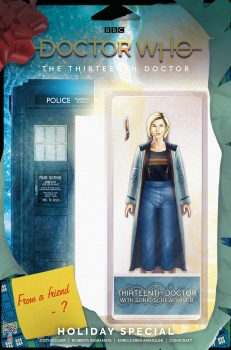 There’s no BBC Christmas Special this year – so we’re bringing the fans what they want, in comic form! Can the Doctor save Christmas? Is Santa a myth, a man, or a Time Lord? Are chimneys bigger on the inside?! The breakout mascots of Despicable Me (and their own movie, Minions) are back in a new set of hilarious comic gags! Travel the world with the Minions, as they sample the world’s cuisine – spiced with their own brand of silliness! 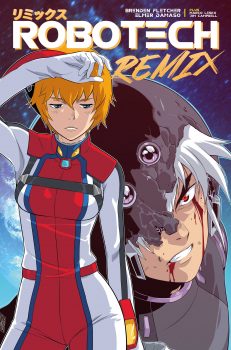 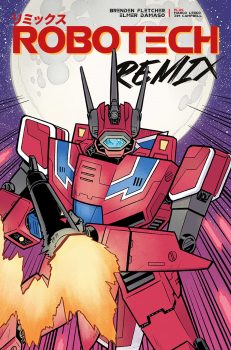 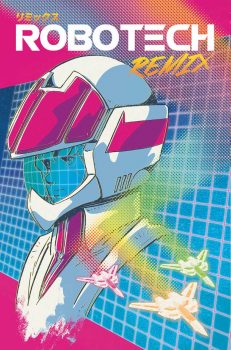 Dana Sterling travelled back in time and saved her past – but has she lost her future? Faced with new enemies, old friends, and parents who barely know her name, can the half-Zentraedi Robotech ace carve out a place for herself in the cosmos? A new wanderer arrives in Yharnam, desperate for the city’s famed medical wisdom… but as the Great Ones wake and reality itself begins to crumble, can he save his own sanity from the relentless truth? Collects Bloodborne #13-16. 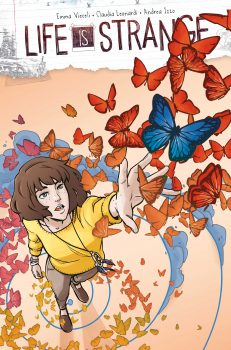 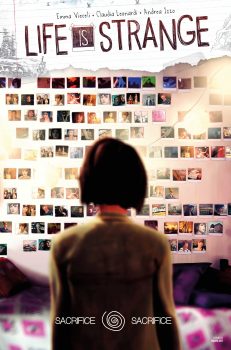 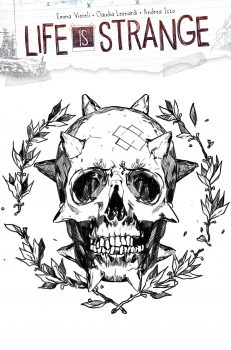 Max, Chloe, and Rachel face a new challenge – with Tristan at its heart! Acclaimed writers Emma Vieceli and artists Claudia Leonardi and Andrea Izzo continue the highly anticipated third arc of the official comic. Set in the world of the award-winning game from Square Enix and DONTNOD!

Life is Strange 2: Episode 5 will be released December 3nd on PC, PS4, and Xbox One. The undead hero of MediEvil returns in a rib-tickling prequel adventure, from the original creators of the beloved videogame! Director Chris Sorrell and lead artist Jason Wilson (Surface Tension) tell a new tale starring Sir Daniel Fortesque, the skeletal knight, as he is swept back through time to save the gothic land of Gallowmere! Fans meet Dan’s living (wimpy) past self for the very first time… The award-winning urban fantasy series Rivers of London begins a new story of fast cars and fairy queens, from series creator Ben Aaronovitch! When an English racecar washes up in the Netherlands, wizarding cop Peter Grant is called in to investigate its unusual cargo. Fresh from suspension, Peter infiltrates the street racing big leagues – but can he find the finish line when he’s sucked into a real-life fairyland?

A canonical story, set after bestselling novel Lies Sleeping! A Rivers of London TV series is in production by Simon Pegg and Nick Frost. New York Times bestseller V. E. Schwab unveils the penultimate chapter of The Steel Prince trilogy – a canonical entry in her award-winning fantasy novel series, Shades Of Magic! Prince Maxim and his allies are cornered in the city of Verose, under siege with nowhere to run. But does the Steel Prince have a plan of his own? Is it a bird? Is it a plane? Oh, god, no, it’s Tank Girl! The punk icon and friends set off on a caped crusade, in a hilarious send-up of superhero shenanigans – could this be the start of a grand new cinematic universe?! No. No, absolutely not. Hard Case Crime presents the explosive climax to Eldo Yoshimizu’s manga homage to gangster cinema! As a covert war rages in Japan’s underworld, the motorcycle-riding yakuza princess Ryuko discovers the truth behind the disappearance of her mother – and the face of her true foe! Star Wars Insider launches its 11th yearly special, packed to bursting with over 140 pages of news, reviews, interviews, and highlights from a galaxy far, far away! Classic Interviews with Harrison Ford, Carrie Fisher, and Mark Hamill, plus an in-depth exploration of Star Wars as a pop culture phenomenon, from comics and novels to toys and games!

The Skywalker Saga comes to a close this December with Star Wars: The Rise of Skywalker, but the force will be with you… always.