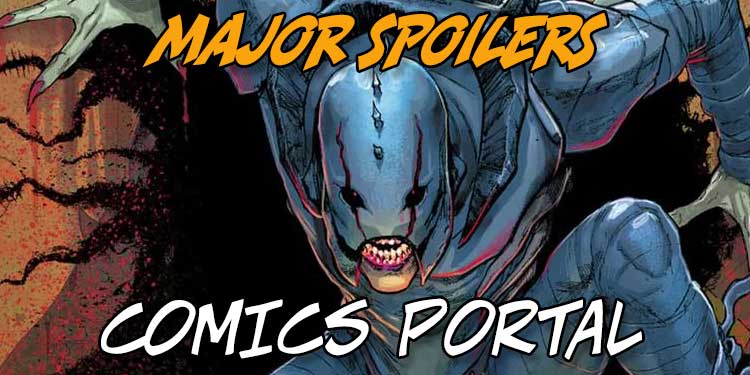 One phenomenon in comics that always grabs our attention is when a hero turns to “the dark side.” The latest example can be found in Batman/Superman taking on several DC heroes made “evil” by The Batman Who Laughs.

It reminded me of several other times when a good guy or gal went bad, so I thought I’d focus on that during this week’s column. In the press release from DC, some information was critical for when the new Batman/Superman title hits the stands before too long, including:

Six corrupt versions of DC’s Super Heroes are coming to terrorize Earth this November and December, as DC today teased early details of a series of six comics running parallel to the story unfolding in Batman/Superman by writer Joshua Williamson and artist David Marquez. Each one-shot or tie-in special spotlights a corrupt version of Shazam!, Supergirl, Hawkman and more, known within the DC Universe as The Infected. These six issues star DC’s beloved heroes, revealed to be secretly infected by The Batman Who Laughs with a toxin that violently transforms them into the worst versions of themselves. Their buried frustrations and pent-up anger will boil to the surface, unleashing dangerous results.

One more paragraph is important to note:

Through all this, neither Superman nor Batman know who’s been infected, they don’t know who has turned, and they don’t know who’s a sleeper agent for The Batman Who Laughs. Can they even trust each other? All six of The Infected will be revealed when Batman/Superman #4 by Joshua Williamson and David Marquez, with an acetate cover by Emanuela Lupacchino, hits shelves on November 27th!

The one I’m most worried about is, of course, Hawkman, who’s title I have truly enjoyed although sales haven’t been as high as I’ve hoped for. I’d truly hate for him to become a villain moving forward.

Honestly, I know Supergirl, who has already been made a Red Lantern in recent years, will be back to normal soon. Shazam!, who I still refer to as Captain Marvel, had a great movie out recently, so I figure he’s also a baddie only temporarily. We’ll see what happen when we learn who the others are!

THE BIGGEST OF THE GOOD GUYS GONE WRONG The first hero who went bad that I noticed was Hank Pym in Marvel’s Avengers, who was then called Yellowjacket. He went from being a mild-mannered scientist to a spouse abuser in the blink of an eye, something I still don’t buy into. I’ll never understand why one has to do this to a long-lived hero when one could simply make a new character and have him or her transform. But maybe that’s just me. If you can’t come up with something that doesn’t radically alter the hero, maybe someone else should give it a try!

Hank has returned to the good guys—at least, that’s the last I’ve heard!

One of the biggest heroes-gone-awry was Hal Jordan. When Coast City was destroyed, he lost his marbles and went after anyone he felt was to blame for the disaster.

What’s interesting about this guy is that he ended up dying, and for a while, he was the Spectre.

But you just can’t keep a good guy down, and thanks to Geoff Johns, he’s back in the saddle of a good guy again.

The odd thing about GL is that creators have had a very tough time figuring out what to do with him. He went from being a test pilot to a toy salesman (true!) and now is, more than ever, a galactic police officer. Anyway, that’s until he becomes a Darkstar… sorry, a Blackstar in the months ahead. I always say that Grant Morrison is like the little girl—when he’s good, he’s great, but when he’s bad, he’s horrid! Where GL will fall into this spectrum will be interesting to see in coming books. Oh, and Hal was also a Yellow Lantern in Injustice 2. Sheesh!

I also would include Martha Wayne becoming the Joker in ‘Flashpoint,’ which still makes my head spin around when I think about it. Don’t believe it really happened? Look it up!

In my mind, the ultimate example of a good guy gone bad is the aforementioned Batman Who Laughs. It is so mind-bending on several levels that I still haven’t completely wrapped my head around it.

The first thing that gets me is his name, which is patterned after the film that spawned the Joker, and it was called The Man Who Laughs. I remember being stunned when I saw this new guy’s name.

Next is the fact that this is Bruce Wayne turned into the Joker. I mean, the original Joker was bad enough, psychotic and dangerous while still being funny, but having the man who became Batman on the dark side is simply WOW! I worry about his relationship to his Robins. I never felt “our” Bruce had sexual contact since I know many adults who can interact with kids without problems, but this guy? Yeesh!

Also, he’s not content to be rotten to the core himself. He has to turn other heroes bad as well. At least “our” Joker never was very successful at making that happen. He was mostly content on being one of the absolute villains of all time!

I’ve got this feeling that The Batman Who Laughs will follow in the Joker’s footsteps in at least one way—he’s likely to get his own title! I mean, you mention his name, and most comics fans know who you are talking about. Some of us still shiver when we talk about him. Ugh!

The Joker has had his own comic in the past, and he certainly has his own fan base. Go to any comic cons, and you’ll likely see several people dressed up as the Clown Prince of Crime in various iterations, including Heath Ledger’s version to the current Laughing Guy. (See photo to the upper right from a recent con.)

I’ll never understand folks who emulate a villain, but whatever floats your boat, I guess! I mean, I have even seen women dressed up as Negan from The Walking Dead at cons. What’s up with that?!

I used to think that Scott Snyder’s greatest contribution to the Batman mythos was going to be the Court of Owls. Not any longer! I have a feeling The Batman Who Laughs will be appearing on DC comics pages for years to come!

What do you think? How do you react when a hero turns villain? Is that more interesting than “regular” villains themselves? Are you a fan of villains? If so, what about them attracts you to them? Whatever your opinions, please be sure to share them in the space below!