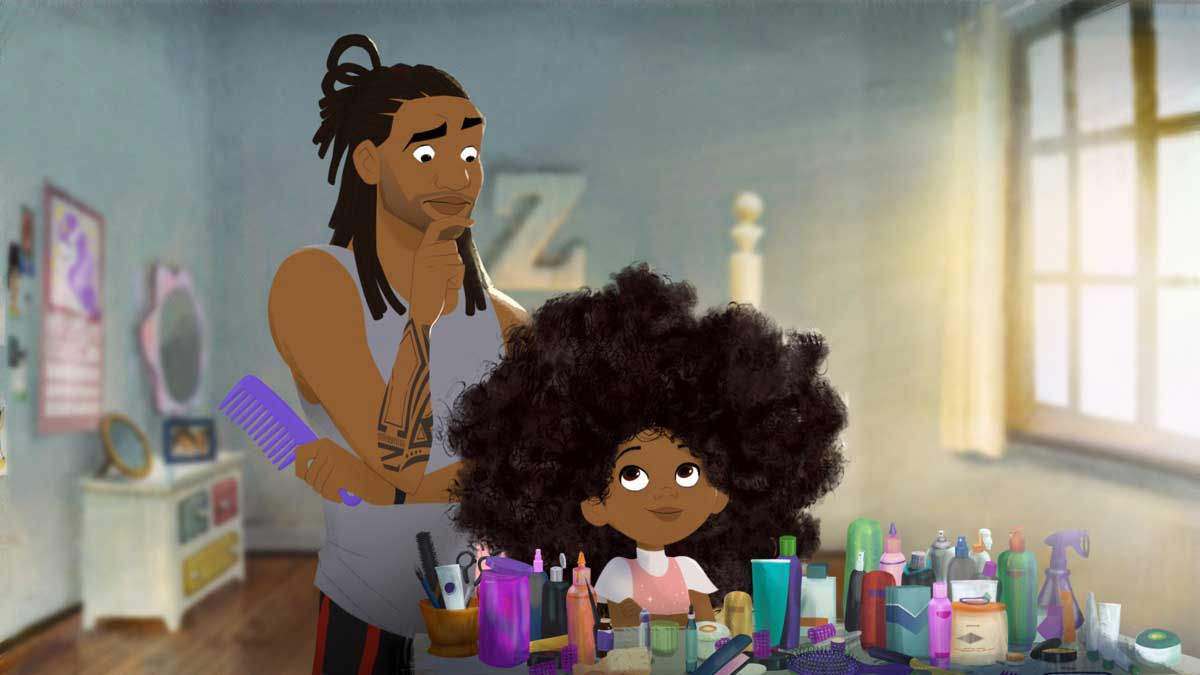 “Hair Love,” a heartfelt animated short film about an African American father learning to do his daughter’s hair for the first time, will be making its theatrical debut on August 14th, 2019 with “The Angry Birds Movie 2,” from Sony Pictures Animation, Columbia Pictures and Rovio Animation.

Directed by Matthew A. Cherry (executive producer, “BlacKkKlansman”), Everett Downing Jr. (animator, “Up,” “WALL·E”), and Bruce W. Smith (creator, “The Proud Family,” animator, “The Princess and the Frog”), “Hair Love” is a collaboration with Sony Pictures Animation that was launched as a Kickstarter campaign in 2017 with a fundraising goal of $75,000. Strong support led to the campaign amassing nearly $300,000, making it the most highly-funded short film campaign in Kickstarter history.

“Lion Forge Animation’s mission to bring authentic and unique stories to the world perfectly aligns with our vision for Hair Love” says Matthew Cherry. “We are really honored to have them as a partner in bringing Hair Love to the world.”

“With Lion Forge Animation, our goal remains in line with what we accomplished in publishing; to showcase a variety of authentic voices and experiences through our work, whether created internally or through partnership with top talent” says David Steward II. “Matthew’s vision for this project checked all of these boxes, and is a heartfelt authentic story that rings true to so many in the African American community, especially those of us who are fathers with daughters of our own. We are proud to have had a role in bringing this project to life, and couldn’t have asked for a more perfect introduction to the Lion Forge mission of genuine representation through relatable content.”

Carl Reed continues “As a father of an eight year old daughter with 3b hair, I can personally relate so directly to this project, and was therefore drawn to its themes immediately. This film presents such a unique perspective on such a common part of our daily experience, providing a rare on-screen moment for African American parents to connect with. Matthew A. Cherry has given us an uplifting, positive view of black families; and thanks to Sony Pictures Animation running this theatrically, one that we will have an opportunity to share with the world.”

The picture book “Hair Love” was released by Kokila Books/Penguin Random House releasing on May 14, 2019, and became a New York Times Bestseller.