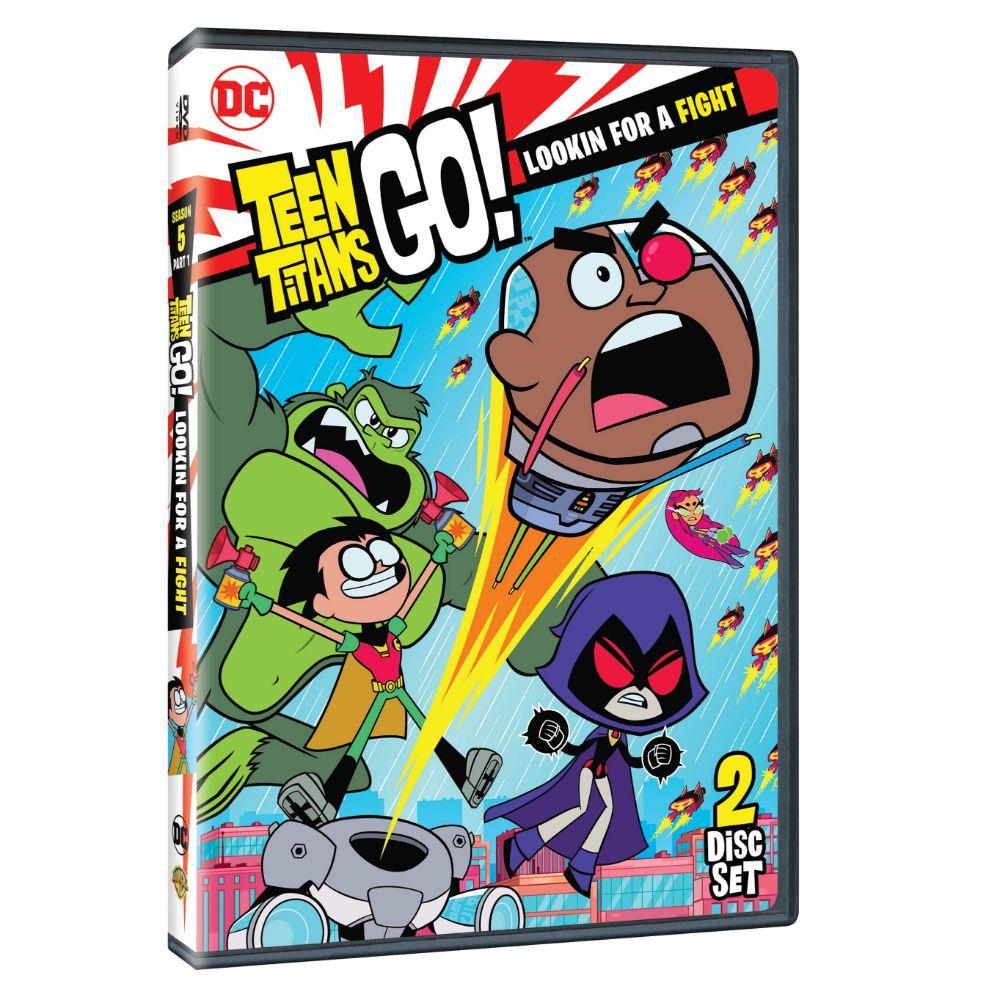 Warner Bros. Home Entertainment has announced that next week, fans of Teen Titans GO! can pick up the first half of Season 5 on DVD for home viewing. Robin, Starfire, Cyborg, Beast Boy and Raven continue the excitement in season five of TEEN TITANS GO! with all-new comedic escapades, giving viewers a look at what life is really like as a teen super hero … once the cape comes off. This character-driven comedy — based upon DC characters — focuses on the funny that happens in between saving the world and living together as teenagers without adult supervision. With epic staring contests to decide who does the laundry, a series of quests and battles to construct the perfect sandwich or fighting crime in Jump City, one thing is for sure — these Titans are always ready for an adventure, inside the house and out.