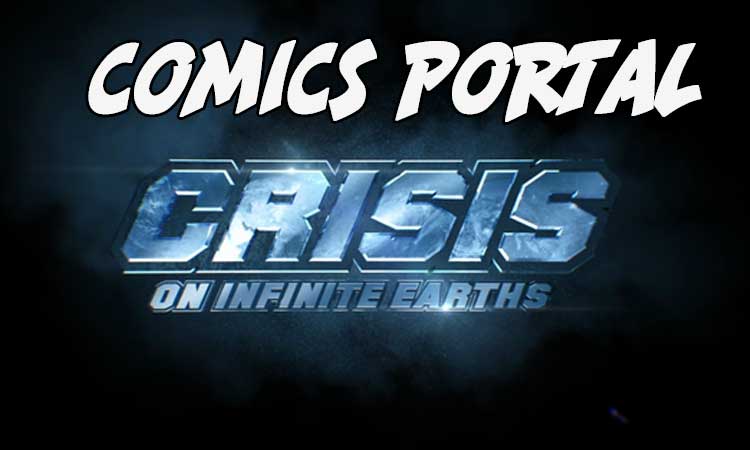 COMICS PORTAL: What a ‘Crisis’ It Will Be!

During a recent sci-fi/Trek convention, I ran a discussion panel on The CW’s upcoming ‘Crisis on Infinite Earths’ event, scheduled to appear this December and January.

There was a lot of speculation about just what would, could and should happen during this special series of episodes. Well, now that some time has passed, we’re getting some idea as to just what we’ll be treated to in the months ahead.

I told the people during that discussion they should be prepared for the unexpected since literally ANYTHING could happen.

There will be many other surprises along the way, I’m sure. Of course, all this leads to questions and a few ideas on my part.

ARE YOU READY, DC COMICS?

One of the things that makes this whole event a thrill for those of us who have read comics for years is that Crisis on Infinite Earths will be based on the comics with the same name. It was DC’s attempt to streamline their universes into one unified whole.

Oddly enough, people criticized DC for having too many universes while some loved the fact that Marvel has had literally thousands of universes. Ah, well.

This is the perfect time for DC to print a great edition of Crisis for those of us who remember these books and those of us who have never read them.  Hey, I wouldn’t mind it if they produced a comics version of The CW event as well.

Granted, it was huge with lots of issues. If they need to, they could print Crisis in two halves, one in December and the other in January, when the event is scheduled to air.

It’s still early for DC to show their cards when it comes to cashing in on this event. I just hope they won’t sit back and say, “Ahhh, that’s the TV folks. We don’t have anything to do with that.” No, no, no, no, no! With all those eyeballs watching DC characters on the small tube, it will be the best advertising for DC they could ask for!

Oh, and DC should also run commercials during this event. You just KNOW this could bring new readers to local comics shops as well as rekindle some love from fans who have had to pay their bills instead of buying comics. If they don’t do it, I would encourage local comics shops to buy advertising on their local CW stations. Even if DC does advertise, local folks should still run ads! Really!

THEN WHAT WILL THE CW DO?

I mean, this event should do extremely well when it comes to ratings because every crossover The CW has aired so far has been a hit! Just the few revelations we’ve had so far has me truly excited over it. Wow!

The bad news is, what will The CW do after ‘Crisis?’

I mean, they will have played so many of the cards they could play that it’s hard to imagine another ‘Crisis’ with other shocks and surprises that could surpass this one.

I do have an idea or two about what they might do, though.

First, I’d love to see the crossovers continue. Yes, you won’t match ‘Crisis’ when it comes to all the fantastic things we’ll have already seen. But even in the comics, a team-up is always popular. You draw people who are fans of either hero as well as people who just like it when something unusual happens.

You could also make something significant happen each year. Of course, you don’t have to keep killing off major leads in the shows, but you could do other things, such as introducing characters we comics readers are familiar with who haven’t been seen on the TV. Or you could bring back those who have died in the Arrowverse. As one Marvel person said recently, “death is just a state of mind.” And we all know death is only temporary in comics. Just ask the Kents, Krypto, Alfred, and Hal Jordan!

Second, follow the JLA/JSA pattern DC used for many years. Team up Supergirl and Batwoman. Team Flash and the Legends. Black Lightning and the JSA, who we’ve seen on Legends in the past.

I just hope that The CW keeps bringing more DC characters to their line-up. I have read where they keep saying that they’re done making more superhero shows, but since they said that, they’ve added Black Lightning and Batwoman to their schedule. Hey, Legion of Super-Heroes, anyone?

What do you think? Are you interested in the upcoming ‘Crisis?’ If not, what would you prefer to see? What DC characters should appear on The CW? What will Stephen Amell do after Arrow? Whatever your opinions, please be sure to share them in the space below!