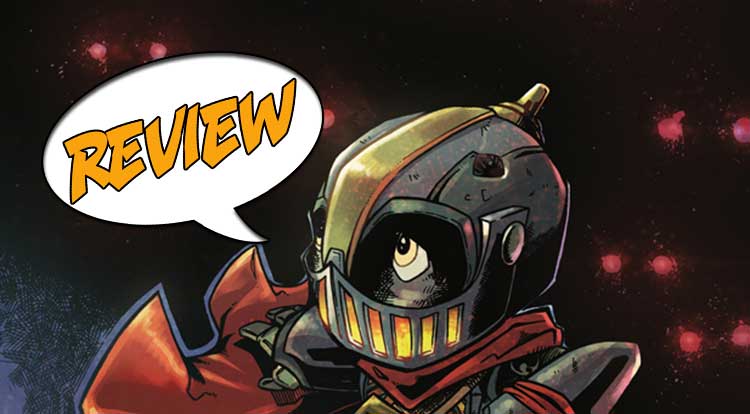 Canto is small and alone but determined to make his way to the mysterious hermit who lives by the lake. Join him on his journey in Canto #2! Previously in Canto: The title character’s people are enslaved, working the furnaces of Arcana for their masters. Their hearts are removed, replaced with clockwork. They are denied names, yet they struggle to be individuals. In this community, a girl has given Canto something infinitely precious – his name. The world is dangerous. In the woods beyond the furnaces, there are large creatures who, it is said, will eat them. Life is difficult, and one day the slavers strike down the girl. Her clock is running out and the elder cannot repair it for her. When it runs out, she will die. The elder quietly tells Canto of a hermit who lives on the shore of the lake, a hermit who knows how this all came to pass, and where their people’s real hearts are located.

ONE SMALL PERSON FINDING HIS WAY

One of the things that intrigues me about Canto #2 is that in this world where we’ve seen no humans, Canto recalls a story that is full of humans. In some ways, he sees his life as parallel to this, a boy dreaming of more than his little village, dreaming of a wider world, but still having some fear of what lies beyond the familiar.

Despite his own fears, Canto has set out alone into the woods. There is no dialogue, not even an inner one. The only sound is the cawing of crows, which gives way to growling as some of the creatures we saw last issue come after him. Canto runs, taking refuge behind a large fallen tree, which they rip into with their bare hands. Canto lets his fear wash over him, then steps out to confront them with his axe.

And then the older creature he met last issue, the-one eyed beast, crashes in and chases the others away. Canto thanks him; the beast licks him on the head and vanishes into the woods leaving Canto alone yet again. But late that night after Canto falls asleep next to his small fire, the beast comes back and curls up with him.

They set out together, and the beast lets Canto sit on his shoulders, which helps make the long journey a little faster. Eventually, up in mountains with their evergreens and patches of snow, they reach the lake. As they make their way around, a gigantic tentacle reaches out to block their way. An enormous creature arises from the lake…and speaks to them.

There are some really cool things in the art in Canto #2. Right from the start, we open with the story about the boy and the princess again, but this time the scenes in the story are echoed by Canto’s escape from Arcana. The use of near symmetry is incredibly effective.

While this is not a retelling of the Wizard of Oz, there are some definite references throughout. I like as Canto sets off through the twisted woods with crows cawing far above him, he walks upon a yellowish road. That’s all it takes for this to tweak our memories a little.

So much of this story happens in the art. When Canto is alone, he doesn’t keep up a running monologue. Even when the beast, who only grunts, joins him, it doesn’t cause him to start rambling. He’s been raised to be quiet and to keep things close to his chest. So the art and the sound effects take over gloriously. Throughout, we are reminded how small and alone Canto is, and how huge the world around him is. They travel past the remains of a dead giant, hide from dragon-like creatures, make their way through lush green forests, and finally reach the mountain lake. This world is so wild, and so beautiful away from the furnaces of Arcana.

While it takes some inspiration from elements of the Wizard of Oz, Canto #2 is a deep, rich story on its own merits and beautifully told. Our small hero finds an unlikely friend, and armed with his axe, a story, and the knowledge that he is loved, he braves the outside world.