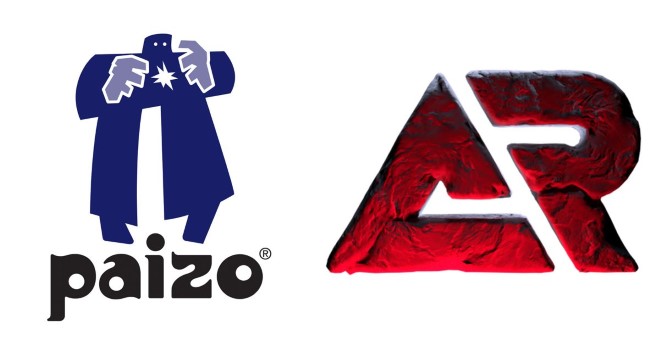 “Thanks for all of your patience as we worked with Ninja Division and Archon Studio to get this done. We’re looking forward to some epic minis!” said Paizo VP of Marketing and Licensing Jim Butler.

“We’re excited to work with Paizo to bring the Alien Archives of the Starfinder universe to life on your tabletop,” said Archon Studio CEO Jarek Ewertowski. “We can’t wait to leap into the adventure with you!”

Archon Studio will be producing plastic miniatures instead of resin. They will also be starting over with Kickstarter fulfillment; this means that backers who have already received resin miniatures from Ninja Division will receive those minis again from Archon Studio, this time in plastic.

Archon Studio will also be creating all-new Starfinder Masterclass miniatures. Each month, they plan to produce 4 or 5 of the minis announced during the Kickstarter plus 1 brand-new mini. These minis will be available for sale at your favorite local game store, on archon-studio.com, and on paizo.com. (The Kickstarter-exclusive miniatures of Candy, Cola, Seelah the Paladin, and Epic Obazaya will not be available at retail.)

Archon Studio plans to ship Kickstarter rewards in waves. Approximately every 6 months, the pledge rewards produced during the previous 6 months will be shipped to backers free of charge. Additionally, any time a Kickstarter backer purchases any Starfinder mini from Archon Studio—whether that’s a new mini or a duplicate of a Kickstarter mini—they will also ship any released Kickstarter miniatures due to that backer for no additional charge. Details of which minis are shipping when, and how to purchase other miniatures, will be posted on the Kickstarter page.

Archon Studio will be fulfilling backers in Europe, and Ninja Division will be shipping to the rest of the world. Paizo does not have specific answers to fulfillment questions: if you’re a backer with a question about your order, you’ll need to post the question to the Starfinder Masterclass Kickstarter page.