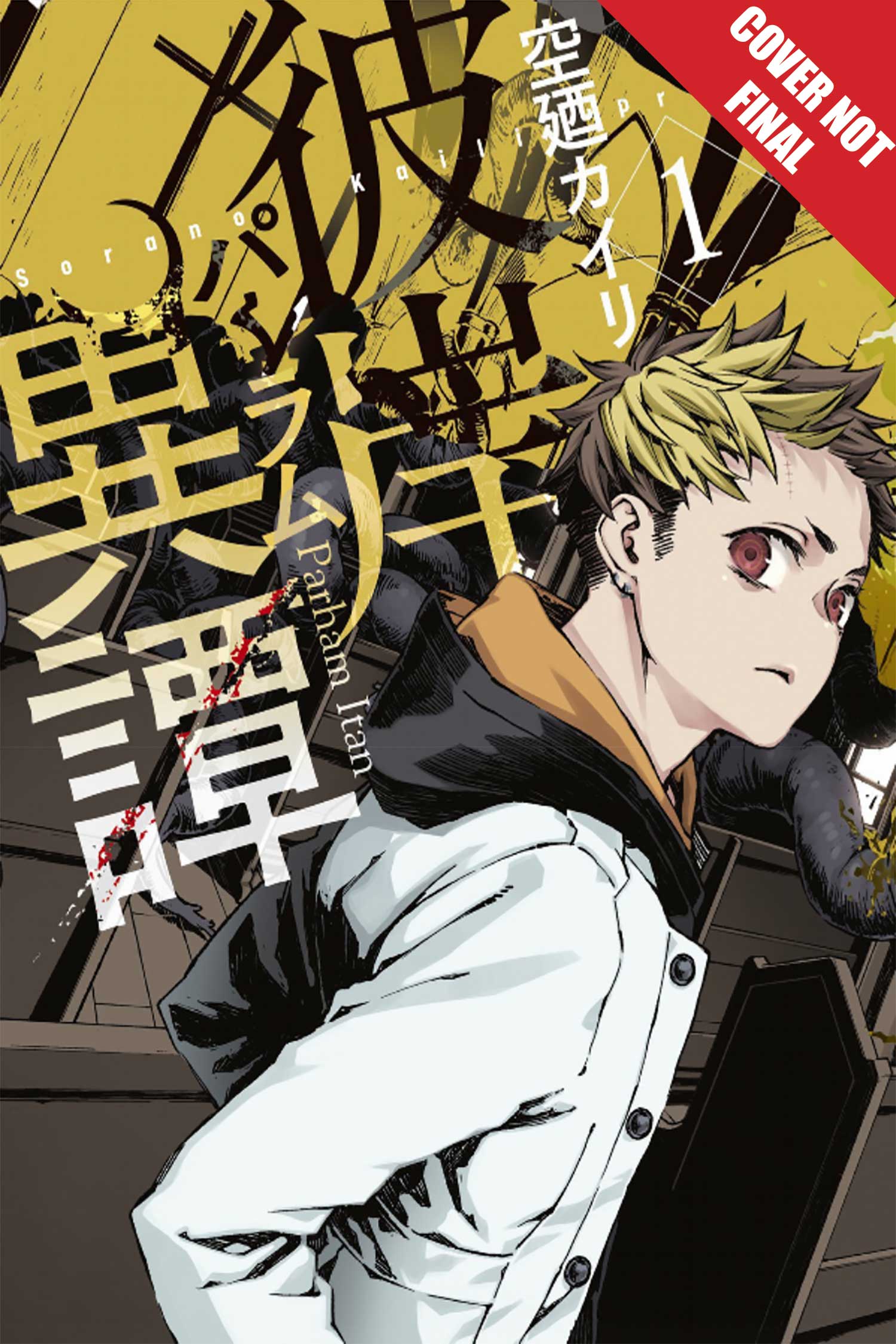 TOKYOPOP®, a POP Media Holdings company and global manga leader, unveiled the launch of a new horror manga series, as well as three new, single-volume boys’ love titles to be released in early 2020 at their San Diego Comic-Con panel.

From Kaili Sorano, the creator of supernatural manga series Monochrome Factor, comes another action-packed occult story entitled PARHAM ITAN: TALES FROM BEYOND. It follows the mysterious adventures of two high schoolers, Yamagishi and Sendo, who accidentally find themselves entangled in occult conspiracies and a fantastical array of paranormal phenomenon plaguing their school, including a plant-faced monster that seems to be assimilating innocent victims around the area. With the help of an enigmatic paranormal investigator named Akisato, the two must set aside their many differences and work together to stop these preternatural perils from the world “beyond.”

According to the artist, this new manga series is heavily inspired by H.P. Lovecraft’s Call of Cthulhu, as well as the tabletop role-playing game of the same title. Horror manga fans can look forward to the Lovecraftian monsters and mysteries of PARHAM ITAN: TALES FROM BEYOND in February 2020.

The first of the three, titled DIRTY DARLING, is authored and illustrated by boys love artist Gorou Kanbe. In it, a young man takes in and takes care of an unfortunate vagrant, helping him clean up and get back on his feet. A special relationship begins to blossom between the two unlikely companions in this bittersweet story of loss and love.

Also scheduled for early 2020 are DEKOBOKO SUGAR DAYS by Atsuko Yusen and REPLAY by Saki Tsukahara, both of which feature a romance between two young men who started out as childhood friends.

DEKOBOKO SUGAR DAYS is a fun, lighthearted romance between main characters Yuujirou Matsukaze and Rui Hanamine, who have been close since the two of them were young. At that time, Yuujirou was the one who stood up for and took care of his adorable, soft-hearted friend. As it turns out, however, Yuujirou’s childhood dreams end up growing a little too big to handle — or, rather, too tall! At over six feet in height, the cheerful and happy-go-lucky Rui towers over his would-be protector… and still has no idea Yuujirou’s had a crush on him since they were kids!

REPLAY also features a couple who started out as close friends, but with a twist for sports-manga fans. Main characters Yuuta and Ritsu have been part of the same baseball club for years, but after being defeated in a local tournament over the summer, the two decide to quit the club and begin studying for the same university. Still, Yuuta finds himself unable to give up his lingering attachment to baseball. The one person who can truly understand him is Ritsu.

“We are very excited to offer fans a wider selection of Japanese manga, including these new additions to our boys’ love lineup,” said Lena Atanassova, Editor at TOKYOPOP. “We are also honored to be working with Kaili Sorano once again on her new manga series. Fans of occult horror and H.P. Lovecraft in particular are sure to enjoy this unique supernatural mystery, and we can’t wait to share it with you all!”

Details on these upcoming 2020 TOKYOPOP manga releases are below.