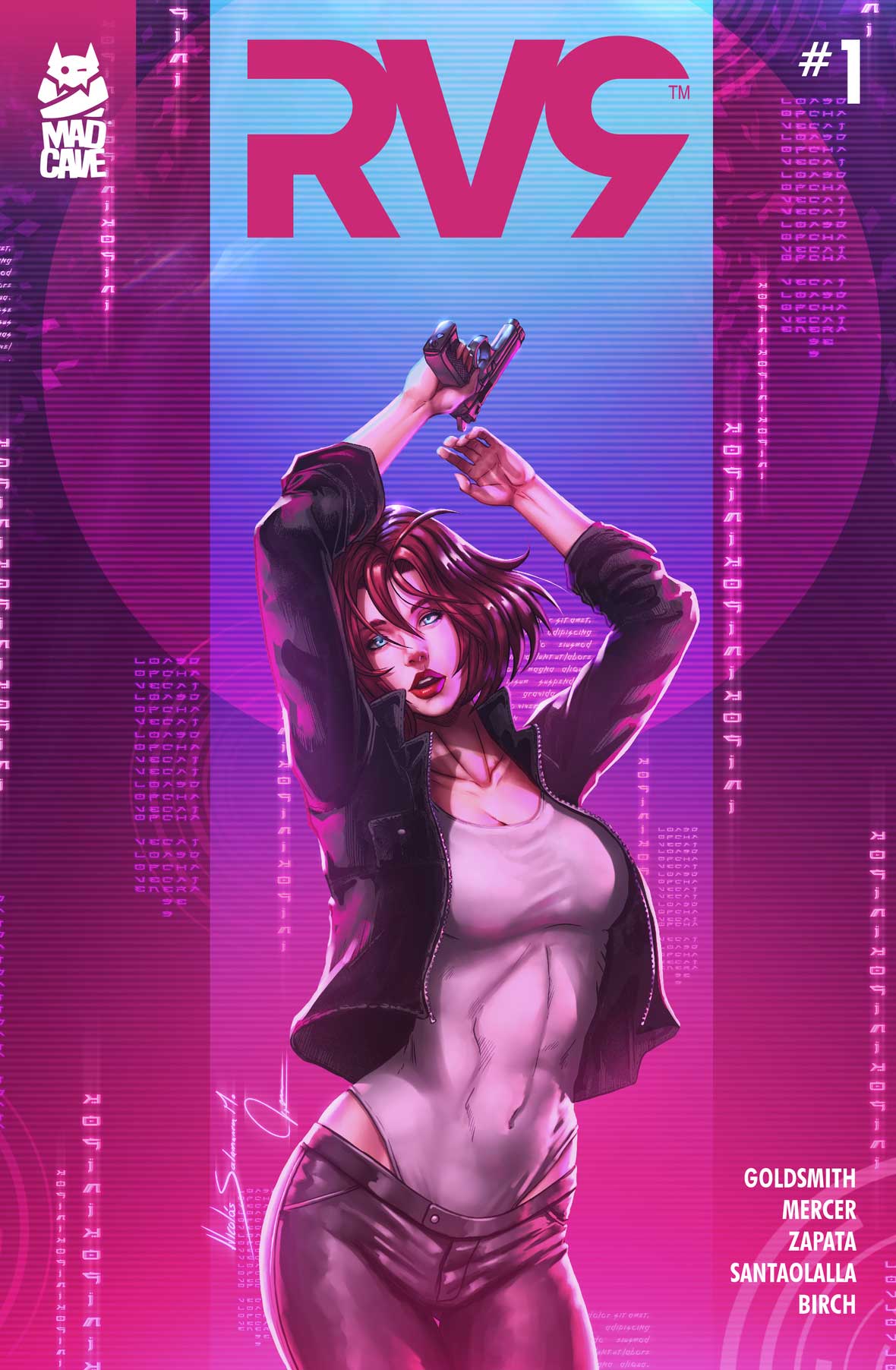 Mad Cave has announced RV9, a new spy thriller that explores Italy in the year 2055.

RV9 is written by Ben Goldsmith with art by Travis Mercer. Here is the publisher describes the series:

RV9 follows former assassin, Velveteen, who is on the run from the Order of the 9, the organization that took her from her family and forced her into a life of secrecy, violence, and death. Now, after years of running, she is bringing the fight to them. With help from an American hacker, Jasper, and a rookie officer with an attitude, Inspector Pazzi, Velveteen will use everything she was taught by the Order of the 9 against them.

RV9 is a five-issue mini-series that kicks off in November.