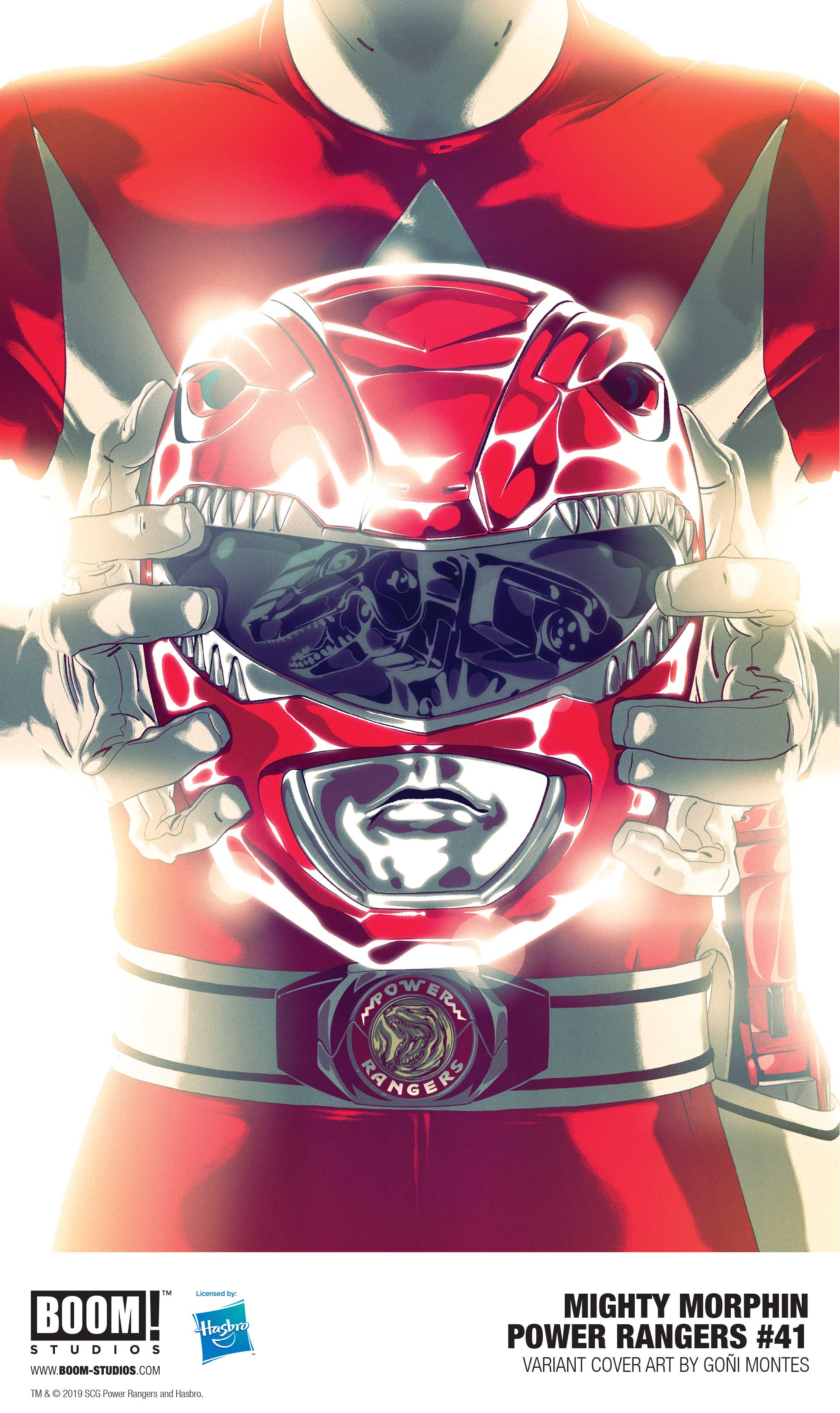 Before you head to the comic book story, make sure you have a firm grip on your Zord, as the Omega Ranger makes their debut appearance in this week’s Mighty Morphin Power Rangers #41.

The all new covert team of Power Rangers has been revealed – and it’s Jason, Zack, Trini, and a BRAND NEW RANGER joining them to form the OMEGA RANGERS! But who is this all-new Power Ranger? Where did they come from? And why are the Omega Rangers hiding their existence from the Mighty Morphin Power Rangers?

Will the hordes of MMPR fans descend on the comic book shop today to grab this issue? Will there be copies of this issue reaching $200, $500, or even $1000 on eBay? Today will mark the beginning of the next big eleven-part series from Ryan Parrott and Dan Mora, and this is probably the best time to jump on the series after the events of Shattered Grid.