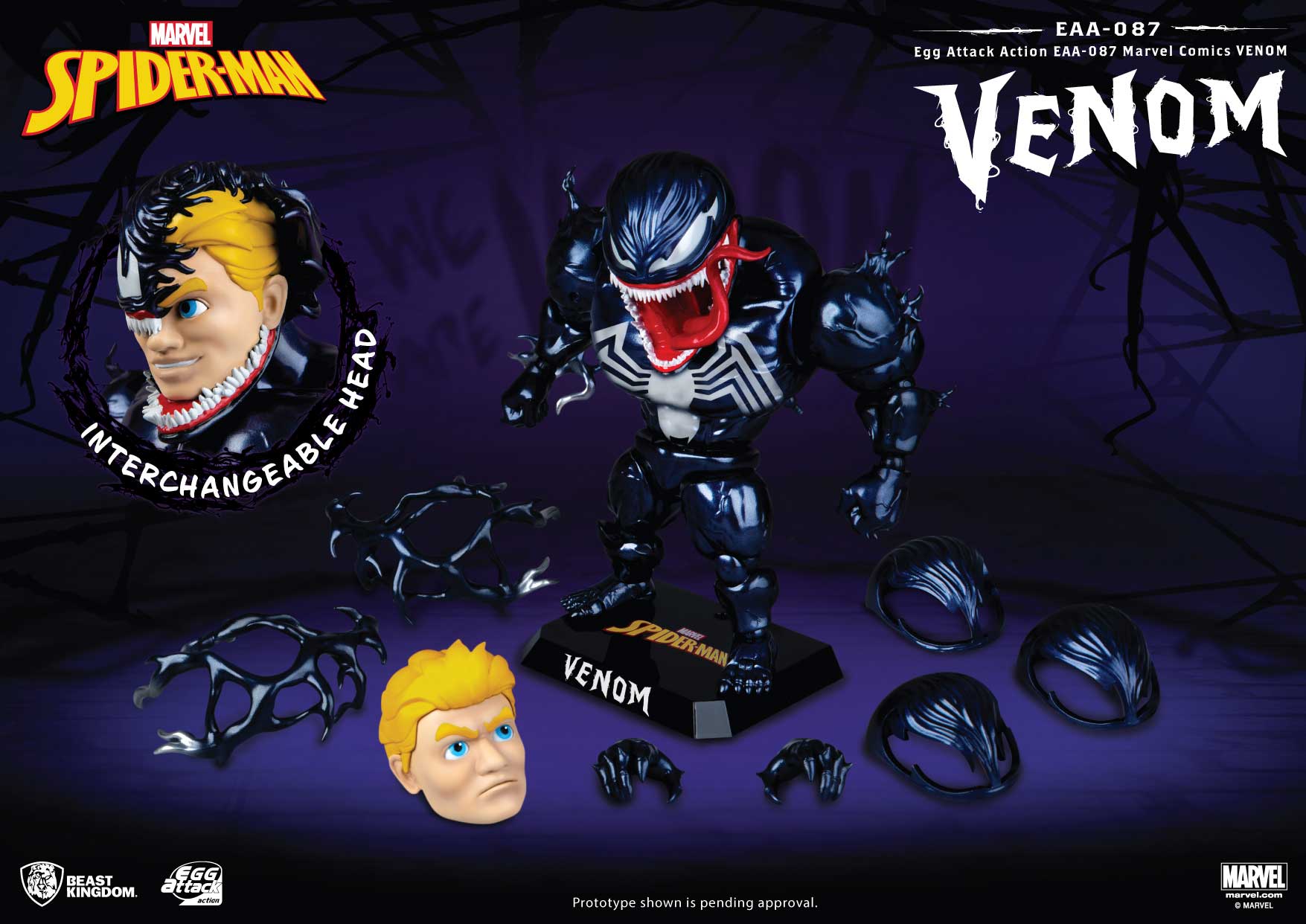 First bursting out of the comic pages in 1984, the exciting anti-hero Venom has been thrilling readers ever since! Now, he’s bursting to comic shops as a PREVIEWS Exclusive Marvel Comics Egg Attack Action Figure from Beast Kingdom.

Classed as a symbiotic alien, this creature needs a host body to fully achieve its goals and to survive. At first a simple, slimy goo, yet once combined with a host, the new form is given ultra-powerful agility and strength! With great power, doesn’t always come great responsibility with this alien lifeform, instead the host will begin to exhibit signs of instability and ultimately lose their minds!