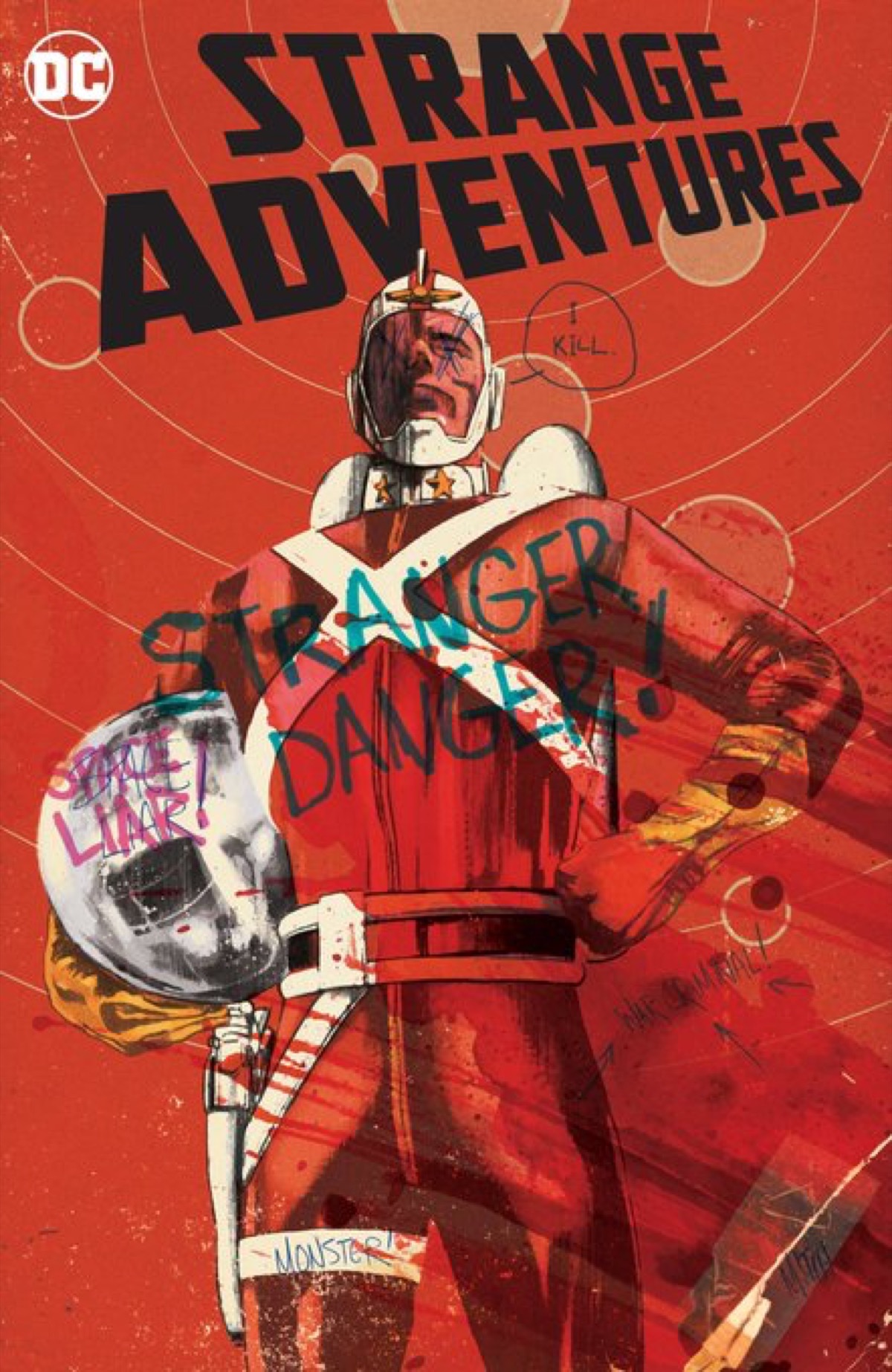 DC has been relatively quiet at this year’s San Diego Comic-Con. Sure, there have been a few media announcements for television series, and animated projects, but what about comics?

A great deal of the panels that were presided over by Dan DiDio were very relaxed laid back discussions reflecting on the industry and what panelists remembered most about DC Comics. With DC Comics sharing a lot of solicitation information before SDCC, I rather like this take on a panel – not trying to break the Internet with some massive news, but rather sharing everyone’s love of comics.

That being said, there were a few items worth noting here:

Joker: Killer Smile from Jeff Lemire and Andrea Sorrentino follows a psychiatrist and his family, after the man interacts with Joker in Arkham Asylum. According to Lemire Joker: Killer Smile will explore how an interaction with the Clown Prince of Crime can change a family and a suburban neighborhood. Tom King, Mitch Gerads, and Doc Shaner are working on an Adam Strange series called Strange Adventures. The series is scheduled to arrive in 2020. In the Sunday panel, Tom King said the series would not be about PTSD, but instead a contemporary look at fascism. “And he thought, strange how paranoia can link up with reality now and then.”

We will learn more about Batman’s Grave soon (next week perhaps), but writer Warren Ellis has confirmed he has completed four issues of the five-issue mini-series, while artist Bryan Hitch drawn three. We already know about the return of the Legion of Super-Heroes in the Millenium event, but the Legion will first appear in Superman #15, arriving on September 11, 2019. SUPERMAN #15
(W) Brian Michael Bendis (A/CA) Joe Prado, Ivan Reis
At last, it’s the return of the Legion of Super-Heroes! The greatest super heroes of the 32nd century have traveled back in time not just to meet the heroes who inspired them, but to make an offer…but to which hero? And why will that choice tear Superman’s life apart? Plus, the fallout from Lex Luthor’s conversation with Lois Lane escalates! What dark secret did Lex tell Lois?
In Shops: Sep 11, 2019 SRP: $3.99

While we thrive on news, the lack of announcements from DC Comics while at the show is somewhat concerning. I’ve talked before that one of the best ways to get people talking about what you are doing is to announce it all BEFORE the convention (BOOM! Studios), and changing up what is being done at panels – actually having conversations – gives us a real reason to go to conventions. Of course, not having a huge number of announcements, and rolling out creator after creator, save a ton of money, and right now that could be a bigger concern for DC Comics than anything else.