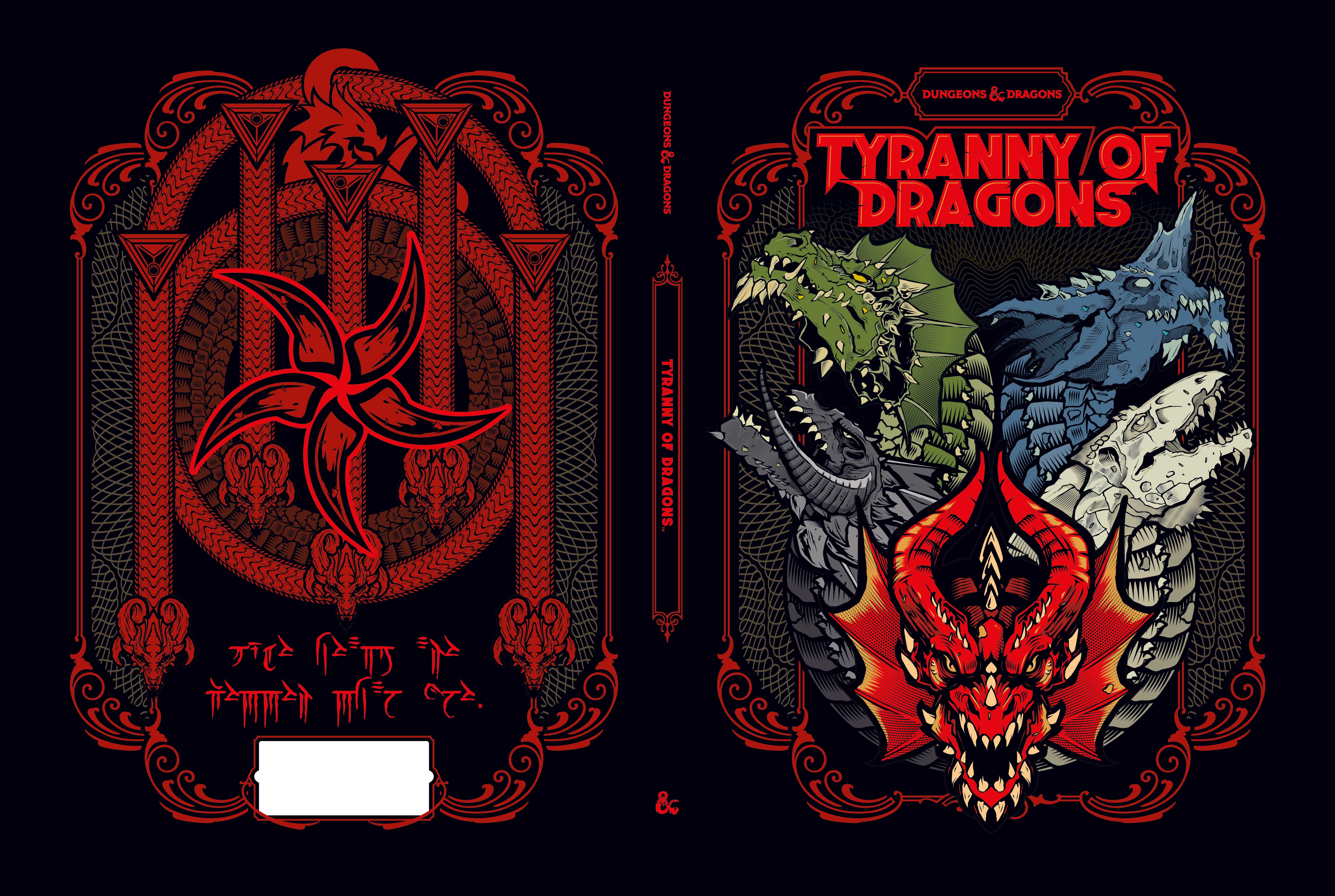 Has it really been five years since the fifth edition of Dungeons & Dragons was released? Wizards of the Coast is celebrating with a re-release of Tyranny of Dragons that kicked it all of in 2014.

Here is the press release from WotC: Five years ago, the latest edition of Dungeons & Dragons was released, and it has become the most successful iteration of the tabletop roleplaying game since it created the category in 1974. To celebrate five years of unprecedented growth in the D&D community, Wizards of the Coast announced Tyranny of Dragons, a single special volume re-release of the two-part adventure from 2014 featuring a new cover designed by Hydro74. Look for Tyranny of Dragons being sold through game and hobby stores only on October 22!

The video announcement of Tyranny of Dragons was streamed live from the BAIT boutique shop in San Diego this weekend in a conversation with Nathan Stewart, VP of D&D, and other D&D luminaries. Watch the interview on twitch.tv/dnd or the video-on-demand on D&D’s YouTube channel. Fans have been telling stories about their D&D experience using the #5yearsof5E hashtag to celebrate the anniversary of its release in 2014. Share your #DnD story!

“Dungeons & Dragons means a lot to millions of people and we’re excited to celebrate everything the community has achieved in the five years since we launched fifth edition,” said Stewart. “Tyranny of Dragons was an iconic adventure out of the gate, and we’ve made it even more memorable by putting it all under a new cover featuring the visage of Tiamat in Hydro74’s distinctive style.”

Tyranny of Dragons is a 224-page adventure taking players from level 1 all the way to level 16 as they contend against the Cult of the Dragon’s plans to bring their queen Tiamat to the Forgotten Realms. This volume combines the two previous titles (Hoard of the Dragon Queen and The Rise of Tiamat) into one book, updating the adventure by incorporating feedback to smooth out the curve for new players, while adding resources previously available only online and a special gallery of never-before-seen concept art.

For more information on Tyranny of Dragons and Dungeons & Dragons, please go to dungeonsanddragons.com