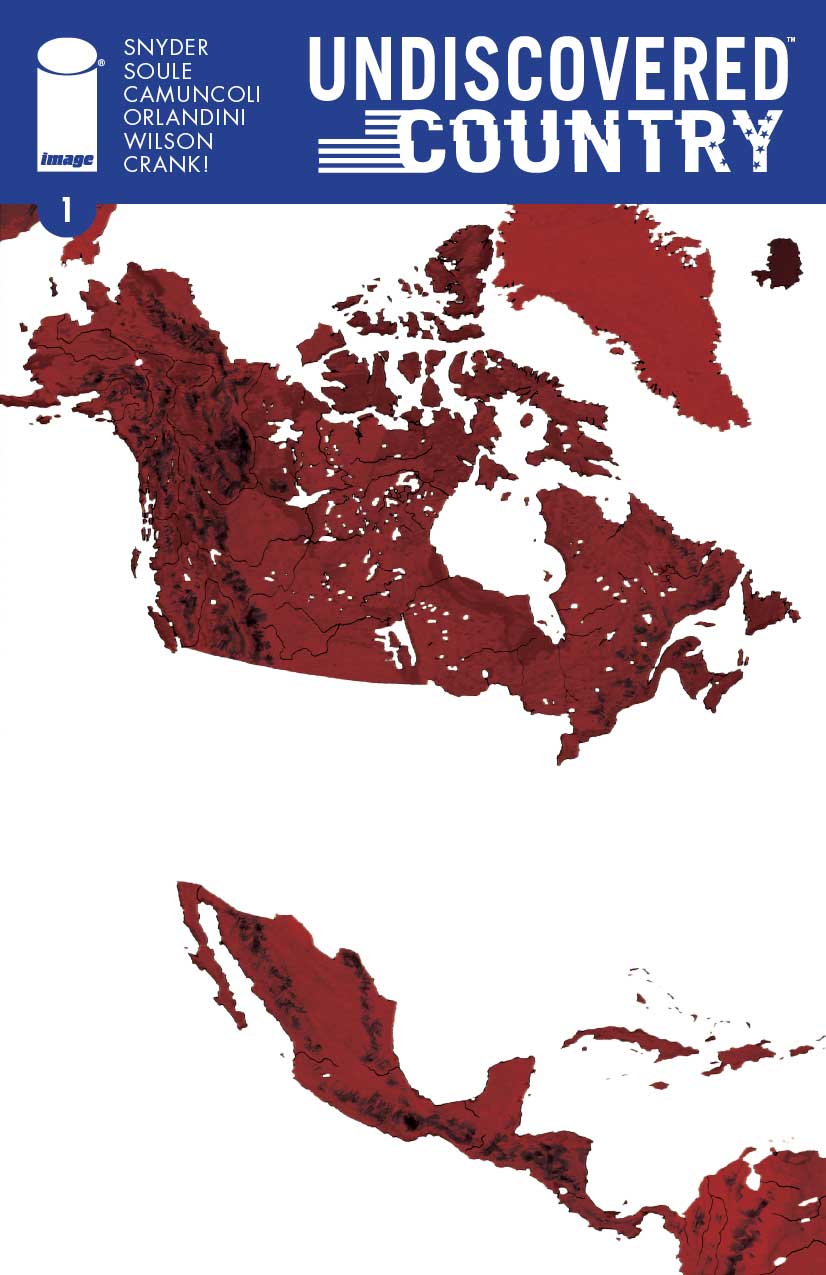 “As soon as Charles and I came up with this idea I knew it was special—one of those ideas that turns into big, wild, world-building story. And this series is just that: a twist-filled trek across a landscape that’s alien, mysterious, and full of adventure,” said Snyder. “It’s like Land of the Lost meets Lewis and Clark, with a team of characters we’ve already come to love as family. Speaking of teams, I’m honored and thrilled to be working with this group of creative folks. Cammo not only brings the world of Undiscovered Country to life but elevates every element—whether we’re talking the giant terrestrial fish monsters of the coast or lurking techno-zombies of the northwest… Bottom line, Undiscovered Country is a blast to work on and we’re convinced it’ll be a blast to read. Can’t wait for you guys to see it in full!”

In Undiscovered Country, readers will journey into an unknown region that was once the United States of America—a land that’s become shrouded in mystery and literally walled-off from the rest of the world for decades. A small expedition enters the former US in search of a cure to a humanity-ending pandemic. They travel inward and learn the secrets of what America has become; each member seeking their own form of truth in the undiscovered country.