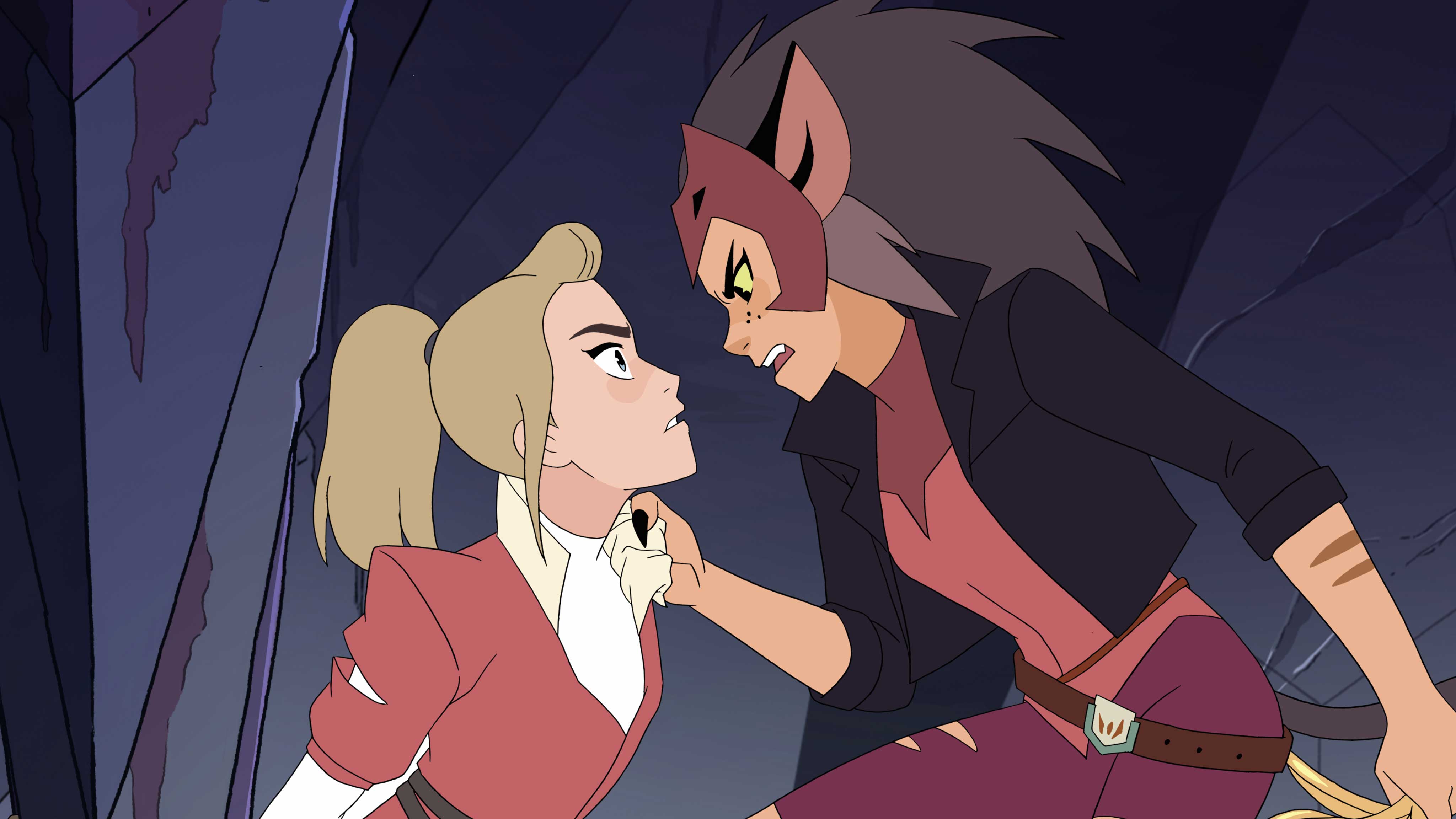 During the She-Ra and the Princesses of Power panel at the San Diego Comic Con, creators, talent, and producers were on hand to talk about the show, and share the first trailer for season 3.

Season 3 finds Adora learning that many things in her past are not what they seem, leading her to embark on a journey of discovery to the desolate Crimson Waste where she meets Huntara. Punished by Hordak for Shadow Weaver’s escape, Catra and Scorpia also find themselves sent to this land of cutthroats and criminals on a mission to aid Hordak and Entrapta’s master plan. Feeling pushed aside, Catra will stop at nothing to bring Adora and the Princess Alliance down as the fate of Etheria hangs in the balance.

Season 3 Trailer | SHE-RA AND THE PRINCESSES OF POWER

Adora, Glimmer, and Bow embark on a journey of discovery that leads them to the desolate Crimson Waste. Meanwhile, Hordak and Entrapta push Catra aside while…