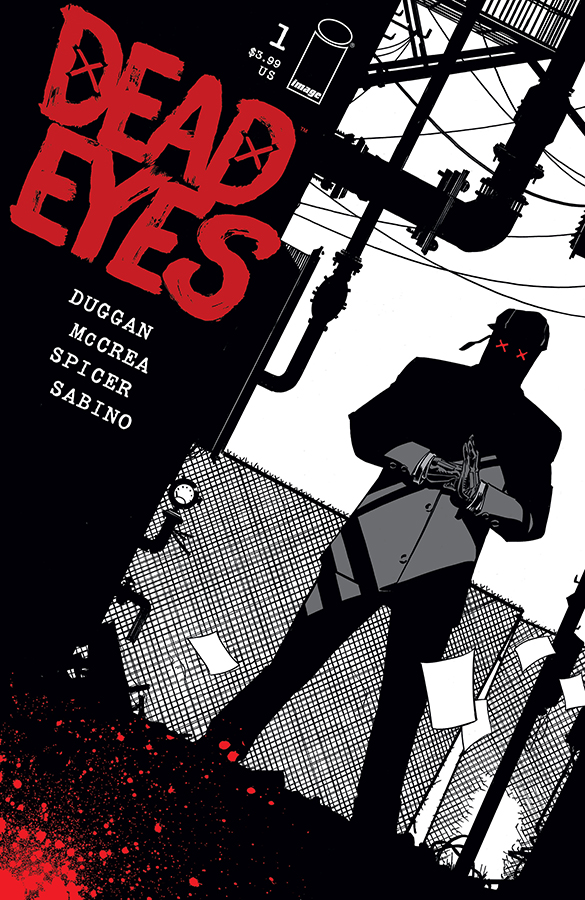 Artist John McCrea (Mythic, Hitman) and writer Gerry Duggan (Analog, Deadpool) team up to bring readers action, comedy, and drama in the forthcoming series Dead Eyes. This ongoing series will launch from Image Comics with an oversized first issue this October.
“We’re very happy to introduce you to the violent, funny, and sad world without justice in Dead Eyes,” said Duggan. “A former stick-up man must return to his life of crime when the pressures of living in a Kleptocracy push him to the breaking point. This is McCrea & Spicer’s very best work and we’re thrilled to punch Dead Eyes into your face beginning this October.”

McCrea said only: “I’m too busy drawing ball-busting sh*t to give you a goddamn quote.”