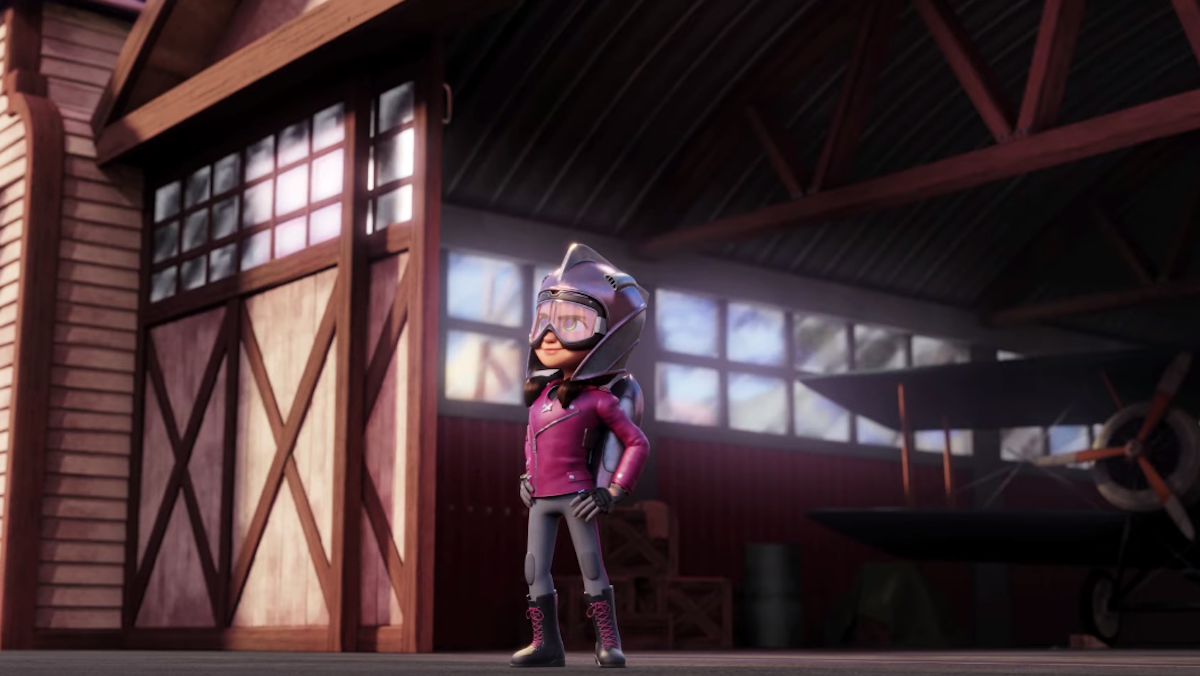 We’ve heard the rumors that there would be a reboot to The Rocketeer franchise, featuring a young girl instead of Cliff Secord. Disney not only confirmed the reboot, but showed off the first look at the animated series coming to Disney Jr…

Kit Secord learns she’s secretly next in line to become The Rocketeer, a rocket-pack wearing superhero who can fly! Armed with her cool new gear and secret identity, Kit takes to the skies to protect the citizens of Hughesville with the help of her best friend Tesh, bulldog sidekick Butch, and airplane mechanic grandfather, Ambrose Secord.

Well, I guess it is better than nothing. Though really I was hoping for a live action movie. In the long history of failures, Disney will never be able to overcome the failure it had with the original Rocketeer movie, which was a great movie, but it came out at the wrong time, and Disney didn’t know how to promote it (or even realize they should have moved on with a sequel).