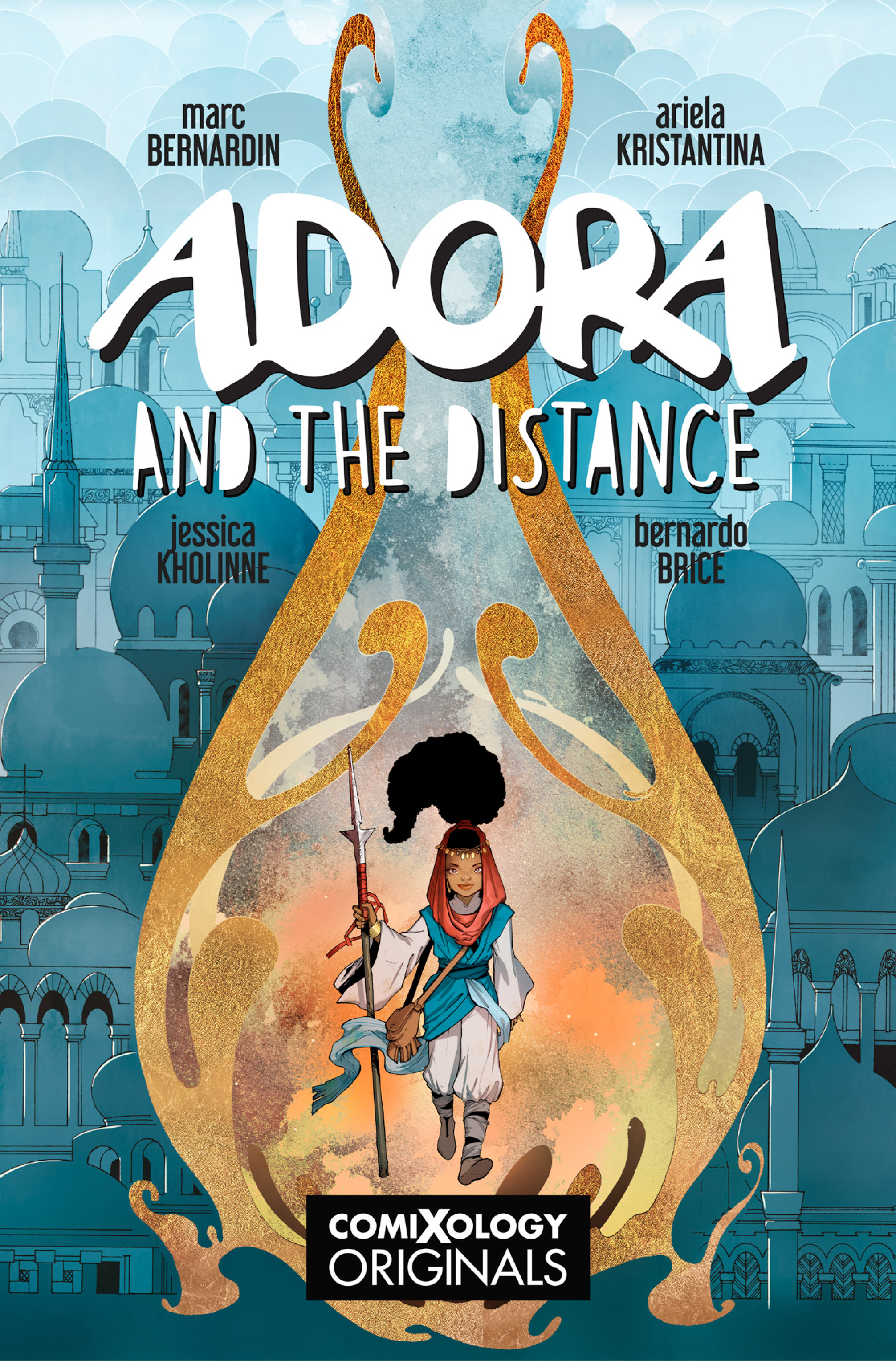 Last night, during Preview Night at the San Diego Comic-Con, comiXology kicked off the show with its invite only event where it showcased new comiXology originals, and other exclusives.

First up is the YA Fantasy Graphic Novel Adora and the Distance from Marc Bernardin and Ariela Kristantina.

Inspired by writer Marc Bernardin’s daughter, who was diagnosed with autism at four years old, Adora and the Distance is a YA fantasy graphic novel following the epic adventures of Adora, a brave young woman of color who lives in a fantastical world with underground pirates, ghosts, and a mysterious force called “The Distance” which threatens to destroy it all.

“There are millions of parents of kids on the autism spectrum and there are millions of children with siblings on the spectrum,” says writer Marc Bernardin. “This isn’t a book about how hard it is to be a parent or a sibling, it’s one that imagines the unknowable: What’s going on inside the mind of a loved one who has never been able to tell us?”

Adara and the Distance is scheduled to debut in the winter.

In Afterlift, Janice Chen is adrift. She quits her day job in finance and signs up to be a driver on a ride-sharing app. But what was at first a mundane but enjoyable way to pass the time takes a terrible turn when a mysterious passenger updates his ride with a new final destination: Hell.

“The upcoming publication of Afterlift marks a major turning point in the literary career of Chip Zdarsky, award-considered writer,” said Zdarsky. “Someday soon an Afterlift trade paperback will sit on the shelves of libraries around the world, alongside dusty, leather bound tomes of John Milton’s Paradise Lost and other books.”

“This is an epic story about guilt, responsibility and breaking rules,” said Chip Mosher, comiXology’s Head of Content, who oversees the comiXology Originals program. “Fans are going to be blown away by the scope of Afterlift, which stretches through the byways of the afterlife, through hell, and beyond.”

Afterlift will debut later this year.