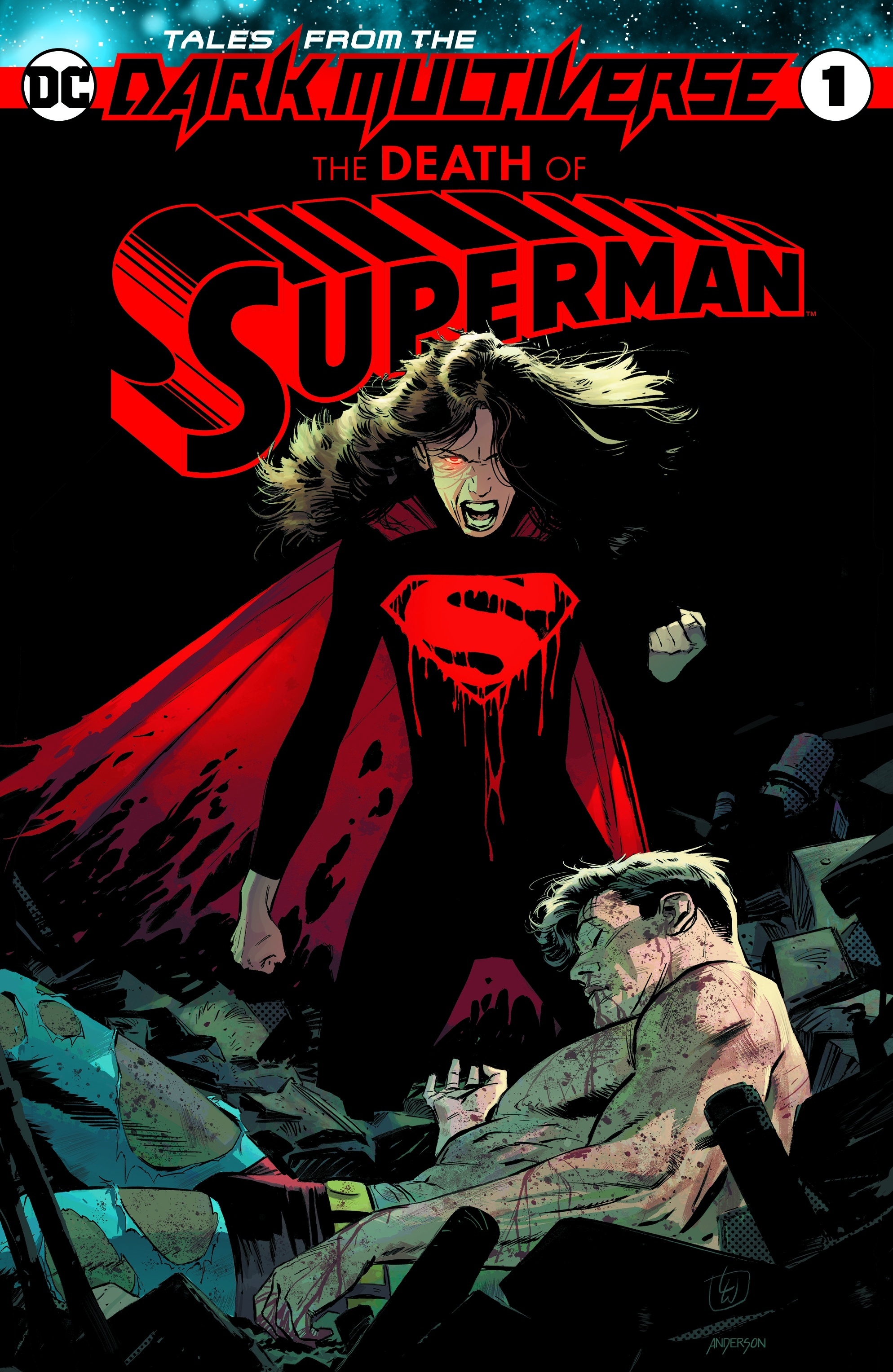 DC Comics has announced that it is not done with the Dark Multiverse with a new series of one-shots from some of the publisher’s top writers.

The first two, prestige format issues will be Tales From the Dark Multiverse: Batman: Knightfall #1, and Tales From the Multiverse: Death of Superman #1. Both with debut in October, will be 48-pages, and feature a $5.99 cover price. Co-written by Scott Snyder (DARK NIGHTS: METAL, JUSTICE LEAGUE, THE BATMAN WHO LAUGHS) and Kyle Higgins (DEATHSTROKE, BATMAN ETERNAL, NIGHTWING: THE NEW ORDER), with art by Javier Fernandez (JUSTICE LEAGUE) and a cover by Lee Weeks (BATMAN), this one-shot takes place in a Gotham City 30 years after a broken Bruce Wayne failed to take back the mantle of the Bat. In his place arose Jean-Paul Valley, also known as Saint Batman. Under his iron rule, Saint Batman has turned Gotham into the city of his dreams – killing has become commonplace and criminals live in constant fear—all in the name of justice. TALES FROM THE DARK MULTIVERSE: THE DEATH OF SUPERMAN #1

The Dark Multiverse takes on the highest-selling comic book event of all time, courtesy of writer Jeff Loveness (Rick and Morty, DC’S NUCLEAR WINTER SPECIAL, DC’S MYSTERIES OF LOVE IN SPACE), with art by Brad Walker (DETECTIVE COMICS) and Andrew Hennessy (SINESTRO, THE DEMON: HELL IS EARTH, TITANS), with a cover by Lee Weeks.

Batman: Knightfall #1 arrives on October 16th, while Death of Superman arrives on October 30th. The publisher also announced it is planning additional Tales from the Multiverse looking at other DCU events from a different perspective. In the future we can expect tales based on Infinite Crisis, Blackest Night, and The Judas Contract.