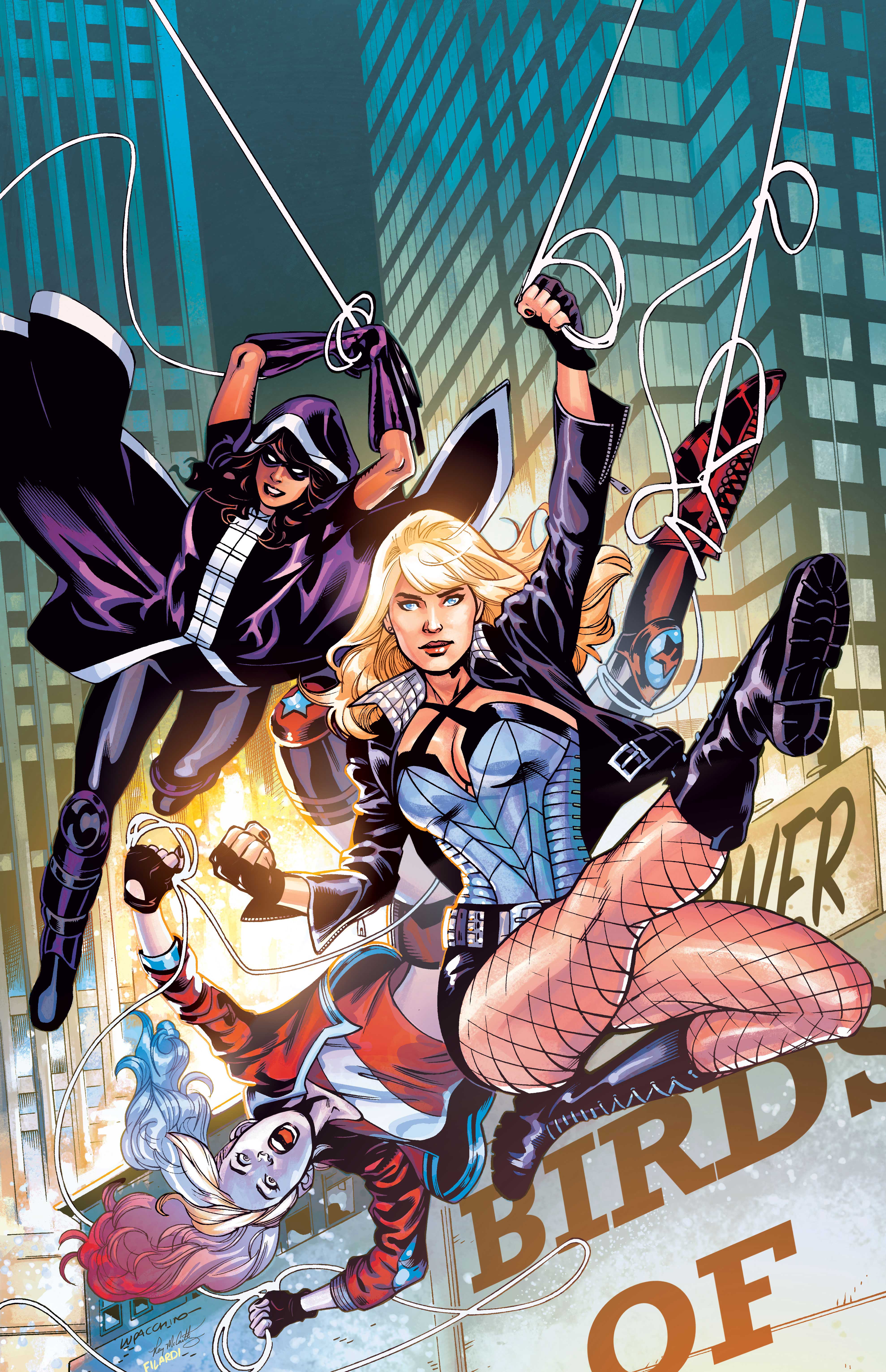 DC Comics has announced ahead of the San Diego Comic Con that it is bringing the Birds of Prey back in an all new series.

With the Birds of Prey movie headed our way, it comes as no surprise that DC Comics is set to launch a new Birds of Prey comic book in October 2019. The new monthly ongoing series will feature Harley Quinn, Black Canary, and Huntress from writer Brian Azzarello, who will be joined by the art team of Emanuela Lupacchino, Ray McCarthy, and Trish Mulvihill.

When the new series launches on October 30, 2019, Black Canary’s life has spiraled out of control: her personal life is going through the wringer and her band is in crisis. An old flame resurfaces only to flicker out and set Dinah on an all-new mission against an all-new opponent: Las Esposas de la Muerte. The only thing Dinah can be grateful for is the fact that she’s not alone, as Huntress finds herself on a collision course with Black Canary’s quarry at Detective Montoya’s urging. Meanwhile, Harley Quinn has resurfaced outside of Gotham City and out of the Suicide Squad, with a new lease on life that is sure to make everyone’s life more complicated. And that’s only the first five pages of this dynamic new ongoing series!

“I’m thrilled to work on Birds of Prey with Brian Azzarello,” says Lupacchino. “The Birds are a super-team I’ve never worked on before but that I‘ve always loved. Harley is shining with her craziness, which is something I love to draw.”

Azzarello adds, “It’s cool to have a story to tell about these characters I’ve never worked on before, with Ema, a terrific artist I’ve never worked with before. Having Harley involved screws with the new BOP dynamic—hell, with every dynamic. She’s chaos, but she might be the most together member of the team. Canary, Huntress, and Montoya have a lot of damaged baggage. Ema and I are gonna unpack it.”